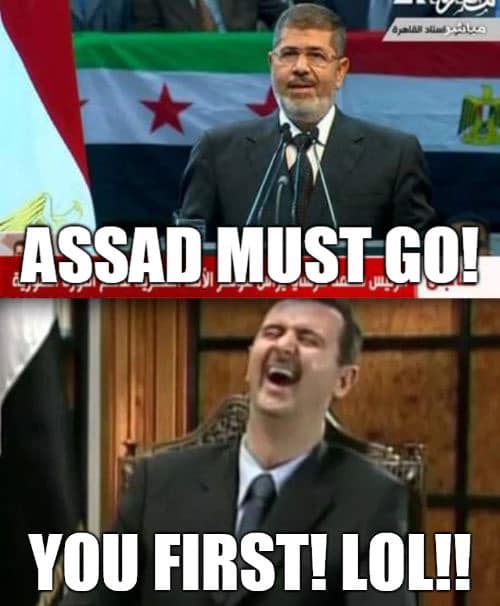 We all remember the overhyped “Arab Spring” of 2011 which was in reality a Saudi sponsored Winter. As Pakistani and Washington Liberals cheered the niche and choreographed Tahrir Square protests, the rest of the world witnessed how the Obama State Department unleashed the dark forces of the Ikhwan. The Middle East and much of Africa was set on fire.

Secular Muslim countries like Libya and Syria were destroyed. Open slave markets exist in Libya due to NATO aggression there. Al Qaeda flourish in those parts of Syria that are under NATO and their Kurdish proxies.

Meanwhile, genuine democracy movements were crushed in Bahrain, Saudi Arabia and Yemen. The same Saudi Arabia, Qatar, US, Uk and UAE that lecture the rest of the world about Democracy and Human Rights oversaw this brutal suppression and lurid sectarianism.

In Egypt, it was not the boutique and hip protestors that had any roots in the masses. After decades of brutal suppression by US-backed Strongmen, the only viable alternatives left in Egypt were the Ikhwan.

The US briefly experimented with Morsi but instead of focusing on the economy and development, Morsi publicly incited pogroms against the Christian and Shia minorities in Egypt.

Pakistani liberals and corporate Marxists did their best to reinvent a corrupt, crony capitalist, Nihari gorging Zia ul Haq legatee as the next Che Guevara.

And now they are valorising a Sipah Sahaba hate monger who used the blasphemy card against his political opponents.

This hate-monger was murdered because of a love affair gone wrong but our Pakistani liberals are reinventing him as the next Zapata!

This should be a wake up call for some of our Indian friends who drink the cool aid on offer from these sellouts.

Sipah Sahaba aka ASWJ-LeJ is the parent organisation of JeM and the urban affiliate of the Taliban, Al Qaeda and ISIS.