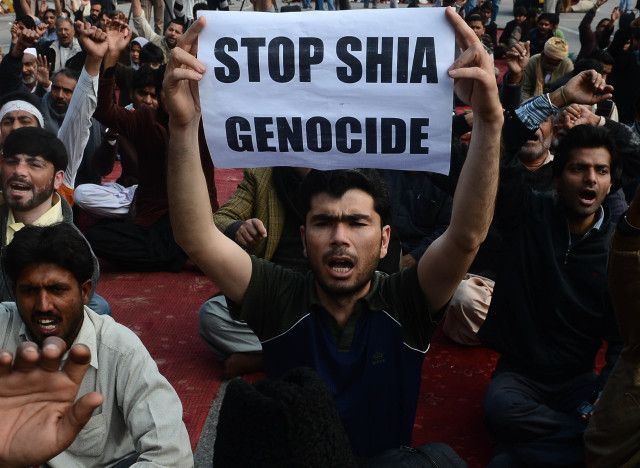 June 8th, 2003. 12 Shia Hazara police cadets were massacred on this day 16 years ago. This was one of the worst killings that took place in the city’s history. It then spiraled into genocide; one whose latest manifestation was yesterday’s bomb attack on Hazara picnic-goers in Ziarat. I just saw the chilling, graphic video of this incident, showing the van engulfed by fire, passengers burning. Those killed will have permanently grieving loved ones, and the ones who survived will live with the horrific trauma.

I recall one of the victims of 2003 attack: Abbas. A cricketer par excellence. We bet he’d one day make it to the national team, thanks to his feat as a wicket-keeper- batsman. His father was so invested in him. You’d always see him among the crowd, proudly and smilingly watching his son play. And then the qaymmat that happened on June 8. Within few months, he seemed to have lost his will to live. He fragmented. I tell you, it was beyond painful.

Which then brings us to Allama Abbas Kumaili who passed away today. His son was killed a few years ago in the wave of Shia genocide.

How many of the young have been buried by the fathers? Who could comprehend the grief it leaves behind for them?

Please recite surahe fateha for all of them.