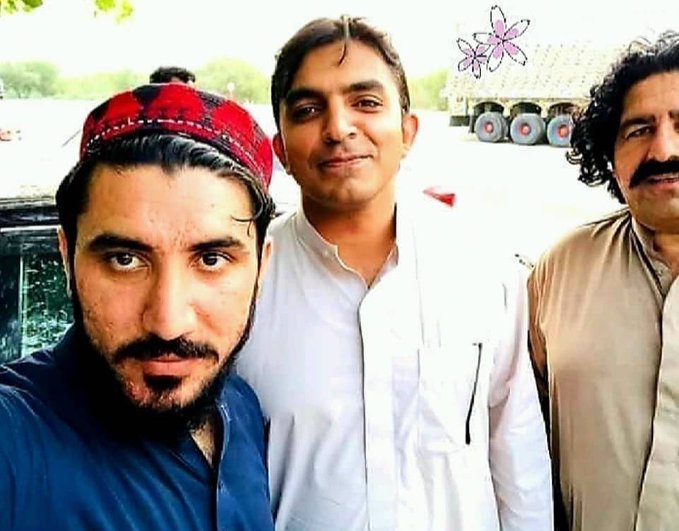 Editor’s Note: Manzoor Pashteen has the quality of leading people and his five demands are just but it does not mean we blindly accept his version of Afghan and Pashtun history.

Farhat Taj’s critical analysis of Manzoor Pashteen’s understanding of Afghan history is a must read.
Farhat Taj is frequently slandered by a certain lobby who are uncomfortable with her objective lens. We appreciate her scholarship and are sharing it here. The rights of Pashtuns must be respected and PTM’s basic demands are just.

However, PTM’s cause is hurt by the irresponsible and disingenuous rhetoric of some it’s leading lights.

Regrettable to see Manzoor Pashteen, PTM leader narrates a piece of Afghan historiography often mixed and mingled with Afghan distortion and even outright lies (last 4 minutes or so in the video).

2- The British were not motivated by the supposed ‘strength’ of Pashtun to invade Afghanistan. Their motivation came from their concerns with Russia in the context of the Great Game: espionage activities by the British and Russian military and civil officers in countries between the two empires, including Central Asia and Afghanistan too.

3- The British did not enter Afghanistan via Kurram and Khyber. They entered via Bolan to Qandahar, where upon their arrival the rule, a brother of Amir Dost Muhammad, Afghan ruler, ran away. Then they went to Ghazi and its Afghan ruler too ran away. Then finally they came to Kabul, where Amir Dost Muhammad ran away. The British seated Shah Shujah on the Afghan throne and set up Cantt in Kabul, where they lived a normal Cantt life. Families of the British soldiers soon followed in the Kabul Camp. Also Amir Dost Muhammd also surrendered to the British in Kabul who sent him to India in exile. The British lived in Kabul more or less peacefully for two years. Then the fighting started with rumours that house of Capt. Burnes (who preferred to live in a house in the old Kabul city, than the Cantt) had gold, following which the house was attacked and the captain killed. Kabul political agent, Macnaghten was killed and his dead body was hung with a pole. Akbar Khan, a son Dost Muhammad took some British including women and children as hostage to put pressure on the British to release his father. Then Akbar Khan and his supporters allowed the 44th Regiment of Foot to go to India. On the way they were attacked several times until entire regiment was killed. There were also women and children with the regiment and they were also slaughtered. Only one wounded soldier, Dr Brydon, managed to escape to the safety of the British Cantt in Jalalabad.

4- Afghans never tell—and so did Manzoor, sadly- what happened after the killing of the 44th Regiment. After that the British sent a Revenge Expedition to take ‘Badal’ from the Kabulies. The revenge expedition came via two ways: Khyber led by Gen. Pollock and Qandahar led by Gen Nott. On the way to Kabul this revenge expedition eliminated every village that had attacked the soldiers, i.e. all men were killed, women raped and villages burnt down. Upon reaching Kabul the expedition found that the British ally, Shah Shujah was killed. Gen Pollock seated his son on the Kabul throne and raised the British flag on Kabul’s Bala Hisar. Akbar Khan had already ran away. Pollock sent an expedition to release the British hostages who were kept in Bamiyan by Akbar. The hostages were released. Now Gen Pollock had to celebrate their success, which they did by burning to the ground Kabul’s most famous covered bazar. ‘Kabul must burn’ is a slogan often associated with Pakistani generals of the Afghan Jihad day. Actually, it were the British who burnt Kabul to celebrate the successful completion of their ‘badal’ – revenage, against the Afghans. Following the completion of the revenge, the British army returned safe and sound to the British India.

5- It is too painful to the Pashtun tribal honour to admit how humiliatingly the British imposed their revenge in the Pashtun following the killing of the 44th Regiment. This is probably the reason that Pashtun boast how they killed entire regiment but hardly anyone mentions the following British revenge.

6- It is sad that now our Manzoor Pashteen too have taken to this kind of Afghan history narrative. This could mislead young people who follow Manzoor. Focus on the struggle for rights and justice within the law of Pakistan. Both honourable and disgraceful part of the history must be honestly mentioned, in cases where reference to history is relevant. Stay away from the Afghan historiography which is a mixture of lies, distortion and half truths).