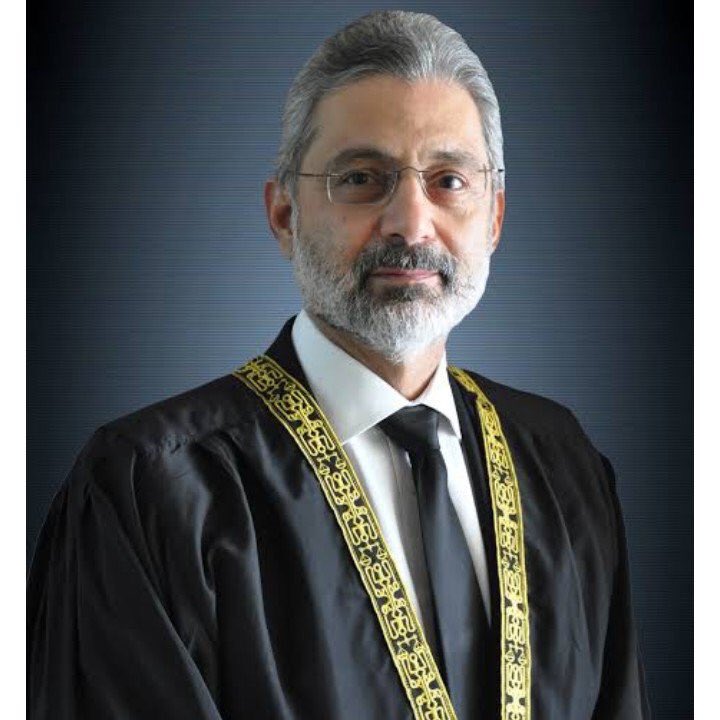 A growing number of us no longer buy into the simplistic establishment vs anti establishment binary. Instead, we prefer the nuance and complexity that seeks to analyze all the data present – as opposed to relying on manufactured consent and drawing room gossip that passes for analysis in the mainstream.

Therefore a growing number of us were never convinced that the ISI-backed Lawyer’s Movement was about Civilian Supremacy or that Dawn Leaks was against faith-based militancy.

These were essentially squabbles and power grabs within the Domestic Establishment. They had little to do with Pakistani Awaam.

A real anti establishment struggle was the MRD Movement where Nusrat Bhutto, Benazir Bhutto and the martyrs of Punhal Khan Chandio, Sakrand paid for with their own blood and incarceration.

Recently, much has been made of the reference against Qazi Faez. The whole episode reeks of the events of 2007 and there are some eerie similarities.

An over privileged and powerful judge takes a token stand against the same Establishment that he has dutifully served for years. He is safely reprimanded in a similar token gesture to set him up as a hero. His case is taken up by a certain lobby; also know for their selective standards and sheer hypocrisy. And the stage is set for a bargain between bigger players within the same establishment.

We saw this with PCO judge, Chaudhry Iftikhar and now we are seeing this with Qazi Faez.

His report on the Faizabad Dharna does not accurately reflect how Khadim Rizvi and Co. were also used by Nawaz Sharif around the time of Taseer’s murder. Neither does it elaborate the friendly relations between Captain Safdar and the Khadim Rizvi faction. Khadim Rizvi was one of the leading clerics who gave a fatwa against leading prayers for Taseer’s funeral. In the end, Taseer’s funeral was lead by a PPP-appointed Afzal Chishti.

On the other hand, Justice Baqar has a judicial record that stands in sharp contrast to his contemporaries. He was the only dissenting judge in the recent instance when the PTI took over hospitals in Sindh.

Even those who have received verdicts against them by Justice Baqar in civil cases admire his lack of bias and his unique ability to swiftly understand and grasp the minutiae of complex cases. As a judge, he stands separate from the tribe of right wing, Establishment- PML N political appointees and Jamaat e Islami activists who dominate the judiciary today.

Justice Baqar survived an attack against him by the ISIS-affiliated Lashkar e Jhangvi (LeJ).

At that time, the same LeJ was being supported by other elements of Pakistan’s judiciary including the Supreme Court. In a horrific instance, some Supreme Court judges offered the LeJ chief and mass murderers like Malik Ishaq tea and biscuits. Some stood up to receive him in court! They swiftly overturned murder convictions and discounted all the eye witness evidences against LeJ’s Malik Ishaq!

Thanks to the Supreme Court, Tahir Ashrafi and General Kiyani, Malik Ishaq was unleashed back on the public in 2010 and went on to massacre thousands of more innocent Pakistanis.

Yet, aside from the exceptions, our judiciary not only failed us when it came to LeJ. It actively collaborated with LeJ! And those liberals, like Jibran Nasir, who blindly worship this judiciary were lamenting the execution of Malik Ishaq in 2015.

Understanding this nuance is crucial. Qazi Faez has some credible work (Quetta report) in his record. But is he really deserving of this much sympathy?

And where are our standards when it comes to standing up for those judges (like Justice Baqar) who actually go against the grain?

These double standards, this selective pandering to issues should be questioned and confronted. Otherwise, it is business as usual.