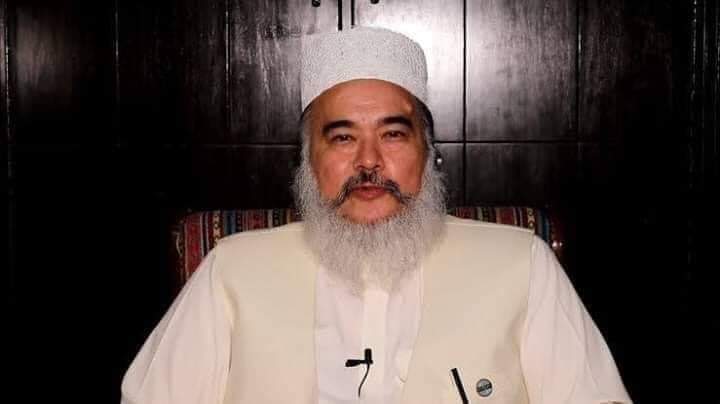 Some status on FB say that majority of Pashtun clerics supports the idea of Eid celebration with Meeca.

This is nothing except a cliche, a myth, false narrative.

In KPK we know well there are three big language group are living and they are Pashtuns, Saraiki and Hindko.

Pashtun Language group is not only consist of just Deobandi Sunni practioners but it consists of Sufi Sunnis, Shia and Salafi practioners.

It is right that with growing Saudi funding, spanning of so call Jihad project which provided a chance of building of Deobandi seminaries network all over the #KPK and this network, empire of Jihadis emerging from radical sections of Pashtun Deobandi and patronage of state institutions to such networks marginalized Sufi Sunnis and moderate Deobandi Sunnis close to Sufi Islam in KPK and helped to create great mental harmony with some feature of Saudi led Whabbi Islam in #KPK.

Particularly majority of Sufi Shrines in all six tribal agencies either were bombed or dismantled by #TTP and other Takfiri and Jihadi organizations and only it was Khyber Agency where Saifi Naqshbandis and Qadris led by Pir Saifurahman and Sahibzada Nurulhaq Qadri(He is federal minister for religious affairs in Pakistan) resisted much and gave very tough time to radicalized Neo-Deobandi wave which led fierce attacks on Sufi Shrine, mosques, seminaries and killings of hundreds of Pashtun Sufi Sunnis, Shia Pashtuns in tribal areas. Wave of radical neo-deobandism closed to Saudi led Wahhabism not only marginalized Sufi Sunnis and Shia Muslim Pashtun population but forced to keep silent heavy moderate pashtun Deobandi Sunnis population, who were practioners of many rituals of Sufi Islam.

This situation dominated the impression that radicalized neo Deobandism having many feature of Nasibism, Takfirism, Faith Based cruel Militancy innovated by Kharijites, a very old faction is majority face of Pashtun Muslim community, that is false and nothing except a cliche. But I think that Takfiri, Jihadi, radicalized group in Pashtun Deobandi population is in minority and imposes its agenda on Deobandi Muslim majority by force and by great help from those who are sitting in state institutions and are under influence of Saudi led global Wahhabism because they take huge benefits of every kind.

Local clerics of Dera Ismail Khan belong to all Muslim sects rejected the Poplazai’s claim and decided not to celebrate Eid today and they are all taking fast. Maulana Fazalurahman, head of JUI-F has supported local clerics and rejected the decision of celebrating Eid made by #KPK government.

MNA and federal Minister for religious affairs Sahibzada Nurulhaq qadri has also rejected the decision and he said that he will follow the decision of Markazi Rooiet-e-Halal committee Pakistan.

Clerics of Parachinar in heavy majority from all sects except a tiny group under influence of Popalzai had also rejected the decision.

All Sufi Sunnis (Barelvi) Muslim and Shia Muslim clerics from #KPK has rejected the decision of celebrating the Eid imposed by #KPK government government and declared that they would follow the decision of Markazi Rooiet-e-Halal Committee.

Split and divide over celebration or not celebration is among Deobandi Sunni clerics of #KPK. JUI-F, which is biggest Deobandi political Party in #KPK and leadership of Provincial branch of Wafaqul Madaris Pakistan, an umberlla organization of Deobandi seminaries, Deobandi member along with others in Provincial branch of Rooiet-e-Halal Committee Pakistan have also rejected the decision of Eid Celebration today.

This detail shows and proves that the people on social media, who are claiming that majority of Pashtun clerics support the idea of Eid Celebration with Meeca or decision of KPK government are making false claim.