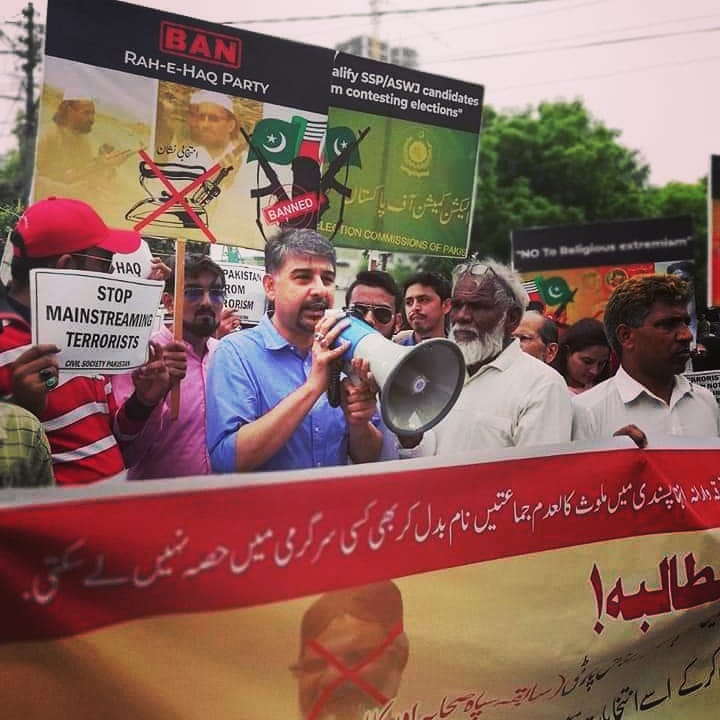 As per reports compiled by LUBP based on news items, we have the following statistics. During 2018, there were 29 instances of attacks on Shia Muslims resulting in 57 deaths and 49 being wounded.

The biggest incident was the bomb blast targeting the Sunday Bazar in Orakzai agency. This blast was planted in an area with a large Shia Pashtun population, resulting in 30 deaths and 35 critically injured.

The highest number of incidents targeting Shia Muslims took place in KPK followed by Baluchistan. There were four incidents reported in Sindh and one in the Punjab.

Quetta as a city had the highest number of incidents followed by Dera Ismail Khan. It is important to note that in Balochistan, the Shia Muslims targeted were from different ethnic groups. This directly contradicts those fringe activists who want to obfuscate and limit Shia Genocide as a specific ethnic issue. Similarly, in KPK, the victims included both Pashtun and Seraikis.

3 incidents were reported in Karachi during 2018 during which 3 Shias were martyred and 3 were critically injured.

For a basis of comparison, there were 33 incidents of attacks on Shia Muslims in 2017. 308 Shia Muslims lost their lives in these attacks and 548 were injured.

As per the details and reports accumulated by LUBP, close to 23,000 Shia Muslims had been killed by 2012*. Banned Takfiri Deobandi terrorist hate group, ASWJ-LeJ (aka) Sipah Sahaba brazenly took credit for many of these murders.

As per data prepared by LUBP, the casualties of Shia Genocide include 30% who are under the age of 18. This comes to about 6,000 children!

Inspite of these realities, Pakistan’s commercial mafia, journalists and NGO interests not only fail to acknowledge Shia Genocide. Not only that, they actively deny, obfuscate and even justify Shia Genocide in Pakistan!!

There are three dimensions of Shia Genocide is in Pakistan that need to be highlighted – but rarely are they. These dimensions include 1) highlighting the Shia identity of the victims 2. Identifying the Takfiri Deobandi identity of ASWJ-LeJ that is carrying out this genocide 3) Questioning the flimsy excuses and obfuscations used to justifying Shia Genocide

Firstly, Pakistani Shia Muslims are the most heavily targeted faith community in Pakistan – both in terms of incidents and casualties.

Secondly, it is important to highlight who is perpetrating Shia Genocide in Pakistan. Those who are targeting Shia Muslims are from a Takfiri background whose specific faith identity is Deobandi. ASWJ-LeJ/Sipah Sahaba, Taliban, JeM, Jundullah, Jamaat ul Ahrar are all Deobandi terrorist hate groups having affiliations with ISIS Al Qaeda.

The third dimension is to obfuscate and justify Shia Genocide in False Binary terms such as Sunni vs Shia/Saudi Arabia vs Iran.

Another insidious obfuscation tactic of denying Shia Genocide is to dilute and negate the Shia identity of the victims and distort and confuse the issue using an ethnic cover. So fringe establishment groups like the HDP distort Shia Genocide in Quetta as purely an ethnic issue – even as LeJ that is doing the killing is clear that it is the Shia faith identity of the Hazara ethnic population that is the reason for their targeting. Actually, Non-Hazara Shias have been killed in a greater proportion to their overall population in Baluchistan, what to say of the rest of the country.

Similar tactics are employed in DIK, Parachinar and Peshawar to obfuscate the Shia identity of the victims of Takfiri violence. These insidious tactics serve two purposes. They are designed to deny Shia Genocide as well as support the weaker narratives of sub-nationalist movements. The most prominent example is that of Sabeen Mahmud whose murder was first hijacked to create attention for the Baloch movement. Her killer actually turned out to be an educated urbanite who was a hard core follower of Sipah Sahaba’s Takfiri ideology and who murdered Sabeen for her stance against the notorious Lal Masjid. Khurram Zaki was another person who paid with his life for standing up to the Lal Masjid and Aurangzeb Farooqi.

Just recently, Ali Raza Abidi’s murder was misused and misrepresented purely as the infighting between various MQM factions. Similar tactics were also employed to obfuscate the murders of Amjad Sabri (Sufi), and Manzar Imam (Sunni). All these individuals were under threat by Takfiri terrorists and hate mongers but some tried to misrepresent their deaths initially.

This column by the Daily Times today provides a good end note against the obfuscations constructed to deny Shia Genocide:

“The question that who killed Abidi can be answered simply by going through his statements and activities from the past few months. Prior to the general elections, Abidi was an active part of the civil society-led campaign against participation of banned sectarian outfits in the polls. In a video clip that he had released at the time, Abidi was seen condemning the state’s failure to restrict the electoral involvement of SSP/ASWJ. He had said that their involvement in the election is violation of the National Action Plan (NAP) and that the state should ensure that such elements do not reach the assembly. In this video message, the slain politician had clearly named and called out anti-Shia terrorist organisation Sipah Sahaba Pakistan (SSP) and its political wing Ahl-e-SunnatWal Jamaat (ASWJ) which contested the elections under a newly-formed group called Pakistan Rah-e-Haq party. Abidi had commented that the state was not acting against the banned terror groups which have continued their political activities under new names in violation of the NAP. He had always been vocal against banned sectarian outfits in the National Assembly as well. This is why these banned terror outfits frequently posted hateful content on their social media pages (which are still up and running despite hate speech), targeting Ali Raza Abidi for his Shia faith.”

*this number includes both reported incidents as well as those Shias who have been killed in mass scale indiscriminate attacks by Takfiri Deobandi terrorists. Takfiri terrorists from the Deobandi sect were found to be responsible for 90% of all terrorist activity by a 2010 study covered by Murtaza Haider’s “An Incurable Disease” (DAWN). That number has only gone up after several mass scale attacks by the same Deobandi terrorists on schools, Imambaras, Sufi shrines, churches, Shia gatherings etc.

Has Buyer’s Remorse Set in for the selected PTI Government?
Don’t let Commercial liberals hijack the funeral of Ali Raza Abidi as they deny Shia Genocide in Pakistan