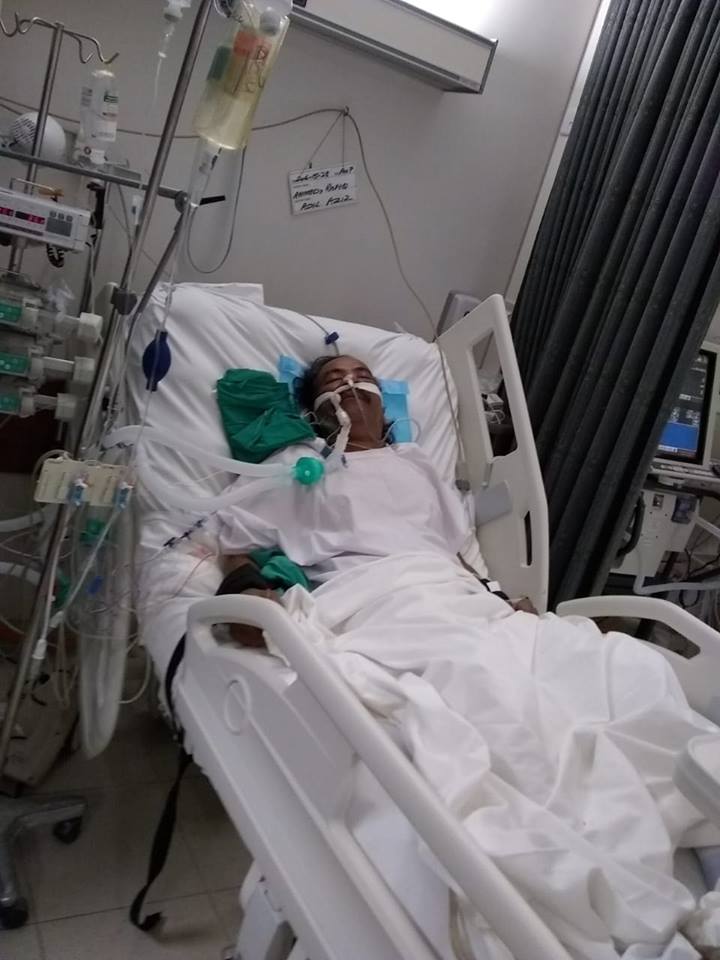 Now he is fighting for his life at the Aga Khan University Hospital- and his employers at the DAWN group have done less than Nothing! Not only have they refused to honour his employment contract- they are leading a disgusting, dirty campaign of slander against Feica. The accusations keep changing depending on which flunkey is whispering them. Of course, no evidence has been presented by the corporate heads at DAWN in this months long whispering campaign against Feica. The only thing that is clear is that this slander campaign is being used by the DAWN junta so that they can weasel out of honouring their employment contract at DAWN.

Feica has suffered a stroke and has subsequently also suffered a cardiac arrest. Not only has DAWN not provided any medical assistance to Feica who is their employee. None of their bosses have even bothered to visit their employee. Messages have been sent to Wusatullah Khan and Mubashir Zaidi to raise this issue and they have done nothing. Zafar Abbas and Faheem Zaman who manage editorial policy at DAWN have done nothing. Neither has Hameed Haroon.

Feica’s medical expenses so far have been managed by friends and family. The PPP Sindh government has stepped in and provided assurances to assist in his treatment.

Our readers are requested to share this and contact the afore mentioned corporate heads and editors of DAWN and reason with them. This is atrocious and unacceptable behaviour by DAWN. Sadly, it is in keeping with their bean counter mentality and their vicious anti-PPP prejudice. In short, they are now even abandoned their own esteemed employee. Rather than helping him in his time of need, the DAWN group prefers slander as a tactic to get out from fulfilling their corporate responsibility