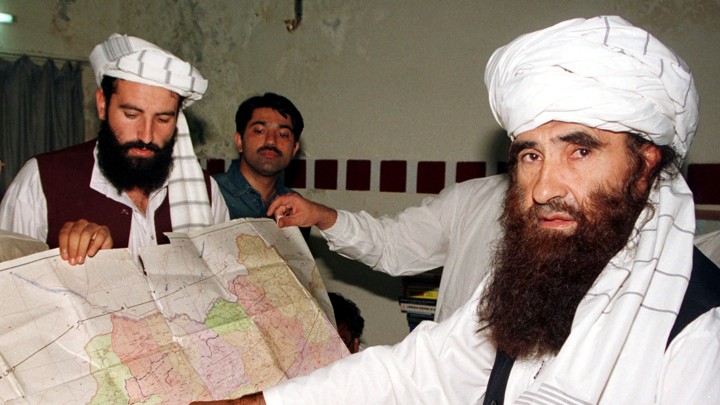 Before the Taliban announced Tuesday that he was dead; before, in fact, he was reported dead in 2015; and indeed before he waged violent attacks against the U.S. and its allies inside Afghanistan, Jalaluddin Haqqani was a U.S. ally in the fight against the Soviets in Afghanistan.

George Crile in his book Charlie Wilson’s War quoted the Democratic congressman from Texas who championed the anti-Soviet fighters in Washington as calling Haqqani “goodness personified.” (Reports that he visited President Reagan’s White House are based on an erroneous identification of Mohammad Yunus Khalis, another mujahedin fighter who also later turned on the U.S.) A rancorous debate in the U.S. at the time over how and whether to support the anti-Soviet insurgency in Afghanistan ultimately was settled in favor of backing the mujahedin, the Islamist guerrilla fighters. Haqqani was among 10 mujahedin commanders who received funds directly from the CIA; money to others was funneled through Pakistan.

Haqqani, a fluent Arabic speaker, cultivated the Arab fighters who flocked to Afghanistan to fight the Soviets. Through those years, he maintained these ties to them. It was these fighters who would form the core of al-Qaeda. “What makes Haqqani important is that he was always close to the Arabs, which means that he was always close to the Arabs’ ideological backing, but also most importantly, the money,” C. Christine Fair, a professor at Georgetown University who specializes in the region, told me. “So he becomes this really important conduit, and he remains close to the Arabs throughout this entire conflict.”

During the conflict, the U.S. and its allies in the Arab world funneled tens of millions of dollars, as well as weapons, to the anti-Soviet forces. Fighters from across the Arab world gravitated to the region, as well—including the scion of the influential bin Laden family. Haqqani became a close friend of Osama bin Laden, who would go on to lead al-Qaeda, and remained one of his most steadfast allies.

After the Soviet withdrawal from the country, Afghanistan descended into a free-for-all, culminating in the fall of the Moscow-backed government. Haqqani briefly served as justice minister during this period, but as the AP notes, “he abandoned the mujahedeen government frustrated by their relentless feuding and returned to [the province of] Khost where he maintained close contact with militants, including bin Laden, from Arabic speaking countries.” Indeed, many of al-Qaeda’s training camps in Afghanistan during this period were in territory that Haqqani controlled. He also maintained close ties to the Taliban, which seized power in Afghanistan in 1996, serving in its Quetta Shura, or governing council.

After the September 11 attacks, which were planned and executed by al-Qaeda, the U.S. invaded Afghanistan, ousted the Taliban regime, and tried, at first unsuccessfully, to kill bin Laden. (He was ultimately killed in 2011). The U.S. reached out to Haqqani, its old ally, in the hopes of persuading him to join the fight against al-Qaeda and the Taliban. He declined, however, opting to ally himself with the two groups in their fight against the U.S.-backed forces in Afghanistan and the Western-backed government in Kabul.

His group became one of the most powerful militant organizations in Afghanistan and received active as well as passive support from the Pakistani military and its intelligence services. Attacks by Haqqani and his group were responsible for the deaths and injuries of U.S. troops in Afghanistan, as well as Afghan security forces, and civilians. Last year’s truck-bomb attack in Kabul that killed more than 150 people was attributed to the group.

“For many Afghans, the word ‘Haqqani’ invokes fear and horror,” Borhan Osman, a senior analyst for Afghanistan at the International Crisis Group, said in an email. “Among many in his native province and fellow Zadran tribesmen, though, he remained a popular warrior who took part in frontline battles alongside his men and was known as a remarkable military leader who lost several members of his family in the recent wars.”

In 2010, the U.S. declared the Haqqani network a terrorist organization and declared Sirajuddin Haqqani, who is one of Haqqani’s 12 sons, and its other leaders to be global terrorists. But it never designated Jalaluddin Haqqani this way. That didn’t prevent the U.S. from apparently trying to kill him. In 2008, missiles struck his home in North Waziristan, killing Abu Haris, the al-Qaeda leader in Pakistan. Haqqani wasn’t at home at the time.

Haqqani also played a pivotal role in mediating disputes among various jihadist groups in the region. As Bill Roggio, a senior fellow at the Foundation for the Defense of Democracies, notes in the Long War Journal: “After the controversy over Mullah Omar’s death (the Taliban leadership hid his death for two years before it was exposed), Jalaluddin used his influence and backed Mullah Mansour, Omar’s successor. Jalaluddin also brought factions that broke away from the Taliban back into the fold.”

Fair said Haqqani was a “murderous thug,” but noted that those who knew him respected him as a true “scholar-warrior,” a rarity among militants operating in Afghanistan. He also, she said, did not have political aspirations. She described Haqqani as a “co-confederate with the Taliban, and what they really had in common was the Pakistanis were solidly behind them.” He was, she said, “viewed as a reliable entrepreneur of violence.”

Osman said that while Haqqani’s “name is now attached to the most ruthless of insurgent groups in Afghanistan, people who have known him for a long time describe him as a man of moderate habits and soft heart. He himself was not an influential ideologue, as his group focused more on military manpower rather than ideological guidance to the insurgency.”

“Most people today remember him for the Haqqani network’s role in the post-2001 insurgency, but the group today is mostly a product of the new generation,” Osman said. “His sons and younger confidantes have long since taken over the network. It has been this younger generation of fighters and commanders who were most instrumental in crafting the network into a deadly force with close support from Pakistani intelligence services.”

Haqqani, who was 72 years old, had been ailing for about a decade. The AP said he was stricken with Parkinson’s disease. He turned the leadership of the group over to Sirajuddin Haqqani a few years ago; in 2016 the younger Haqqani was promoted to serve as one of two deputies to Taliban leader Hibatullah Akhundzada.

“The Haqqani network is past its prime in Afghanistan, and has been undergoing changes its modus operandi,” Osman said. “This involves greater integration within the mainstream Taliban movement and its operatives are now more closely embedded within Taliban units across the country. This closer cooperation seems likely to continue regardless of Haqqani’s death.”

The Gutless and Compromised ECP rejects Plea to ban ISIS Affiliates in Pakistan
Editorial: The greatest threat to media freedom comes in Pakistan comes from within