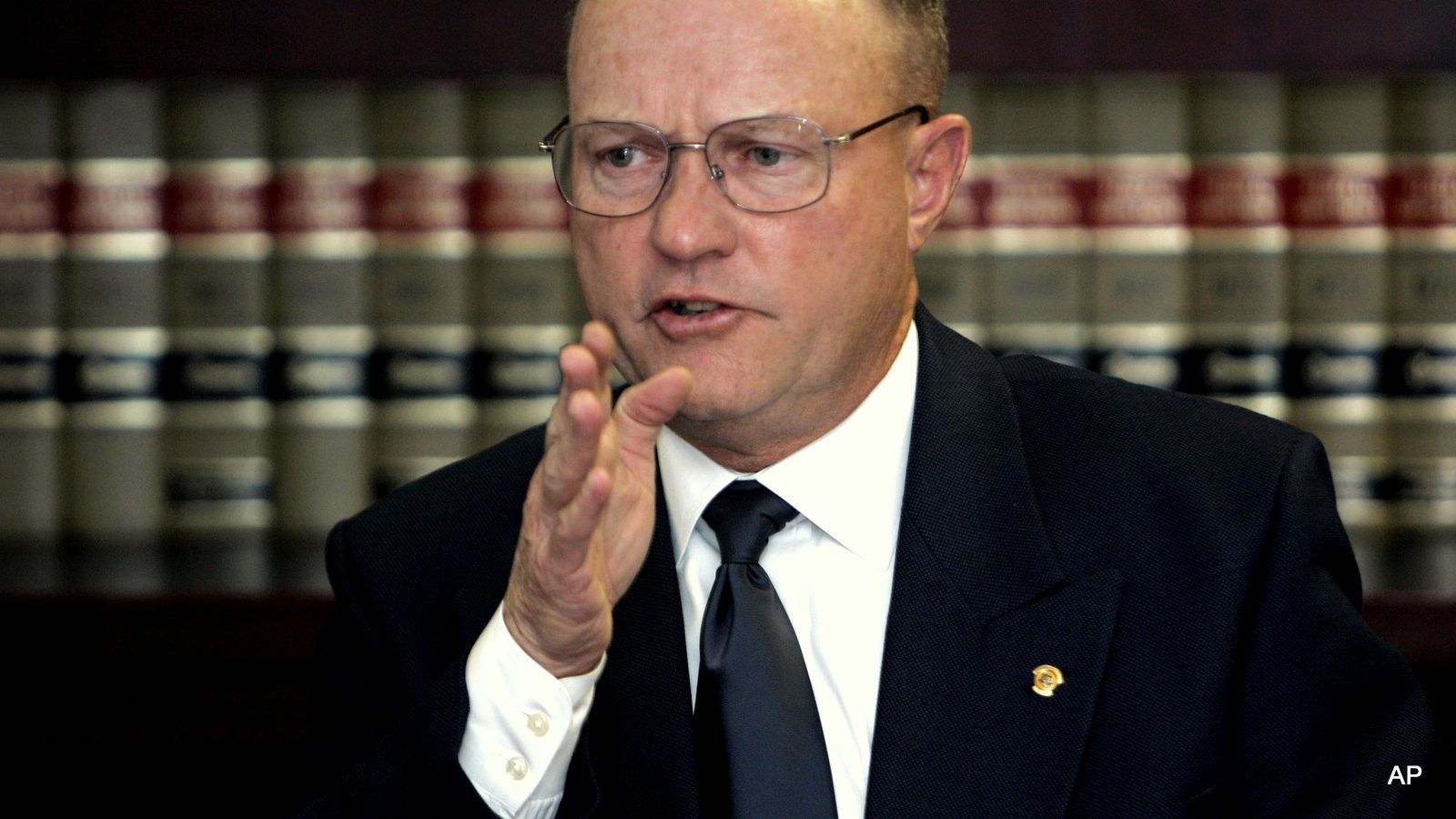 Israel is in the process of plunging America into a war with Iran that could destroy what’s left of the Middle East and ignite a third world war, Col. Lawrence Wilkerson, former chief of staff to Secretary of State Colin Powell, warned in Washington approximately a week ago.

Wilkerson, a retired army colonel who now teaches at Washington-area universities, didn’t hold back in his critique of where the status quo is leading the United States via its client state, Israel.

At the annual Israel lobby conference at the National Press Club, sponsored by the Washington Report on Middle East Affairs and Institute for Research: Middle East Policy, Wilkerson explained that Israel is headed toward “a massive confrontation with the various powers arrayed against it, a confrontation that will suck America in and perhaps terminate the experiment that is Israel and do irreparable damage to the empire that America has become.”

One of the principal antagonists begging for a war with Iran that Wilkerson identified was none other than Avigdor Lieberman, Israel’s Russian-born Defense Minister. Wilkerson stated:

Lieberman will speak in April in New York City at the annual conference of the Jerusalem Post. The title is, ‘The New War with Iran.’ It is clear that he’s [at] the forefront of promoting this war.

And nowhere does my concern about such a war focus more acutely at the moment than Syria. As [the] president of France Emmanuel Macron described it recently, ‘The current rhetoric of the U.S., Saudi Arabia, and Israel is pushing the region toward conflict with Iran.’”

Despite Prime Minister Benjamin Netanyahu’s incessant denigrations of Iran, including claiming the greatest danger facing the Jewish state is the Islamic republic — a country he accuses of fanning the flames of anti-Semitism — Wilkerson blew these accusations out of the park using simple logic. He said:

This antisemitism bit, of course, as we’ve heard today, is almost always a weapon of choice for Israeli politicians under stress hurled, in this case, at the country whose Jewish population — by the way, the largest in the Middle East outside of Turkey and Israel — lives in Iran in reasonable peace.”

And don’t forget that these words were uttered by the man who, as we’ve heard today, is doing everything he can to expel dark-skinned African refugees largely from Eritrea and Sudan from Israel, where most have come as legitimate refugees.”

Wilkerson highlighted the hypocrisy of Netanyahu and his cohorts in more ways than one. For example, Wilkerson referred to Netanyahu’s grandiose speech at the Munich Security Conference in which he directly challenged Iranian Minister of Foreign Affairs Mohammad Javad Zarif while holding remnants of a drone allegedly downed over Israeli airspace. Israel claimed the drone was Iranian-manufactured. Wilkerson noted that in response, Iran found itself being rescued by Lebanon’s Defense Minister, who said he had an Israeli drone over his head virtually 24 hours a day.

Further, the mainstream media and the governments that benefit from their narratives pay close to zero attention to the fact that Israel routinely violates Lebanese airspace with its sophisticated aircraft. Rather, Iran is constantly painted as the major threat and violator of international law.

“Of late of course,” Wilkerson continued, “Tel Aviv is increasingly using Iran’s presence in Syria, its support for Bashar al-Assad, and its alleged drive– and I love this one, and my military comrades love it, too– for a Shia corridor from Tehran to Aden, as the hoary beast that must not be at any cost, including of course America’s treasure and lives, as his probable cause and existential prompt for action.”

But why is there a danger that the U.S. will be dragged into this war, and why does Israel need America’s help? As Wilkerson explains:

I believe the answer is fairly clear once you push aside the cobwebs that surround it. The legitimacy of great power is what I call it. And that is precisely what Netanyahu and Lieberman desire.

“In short, the IDF could defend Israel but it could not attack Iran. Not successfully, anyway. And were it to do so, it would be damned internationally and thus isolated even more than it already is today, perhaps devastatingly so.”

Last year, a top Israeli general tasked with writing his country’s defense policy admitted that Israel cannot take on Iran’s military alone if the day should come that the regional powers face off in a direct military confrontation, saying they would need to rely on the U.S. for assistance

According to a Politico report, during the Obama years, Israel drew up a military strike option but never really used it. Deep down, Israel knew its effectiveness lied in its ability to pressure the U.S. government into taking further action of its own lest it be dragged into a catastrophic war with Iran that it may or may not be prepared to fight. From the Politico report:

They [the Israelis] ordered the Israel Defense Forces and the intelligence arms to prepare for a huge operation: an all-out air attack in the heart of Iran. Some $2 billion was spent on preparations for the attack and for what the Israelis believed would take place the day after – a counterattack either by Iranian warplanes and missiles or by its proxy in Lebanon, Hezbollah. The latter could use either the 50,000 missiles it had stockpiled (by 2018, Israeli intelligence estimated the number had increased to 100,000), or it could activate its terror cells abroad, with the assistance of Iranian intelligence, to strike at Israeli or Jewish targets. This is what it did in 1992 and 1994 when it responded to Israeli attacks in Lebanon by blowing up the Israeli embassy in Buenos Aires and the Jewish community center AMIA in that city, with a massive number of casualties in both attacks.”

The strike plan never took place, of course, but according to Politico, Prime Minister Benjamin Netanyahu continued to use it to put pressure on the U.S. government to achieve its anti-Iranian objectives. Every day, the likelihood that a war might erupt between Israel and Iran, in turn involving the United States, which has sworn to come to Israel’s defense if attacked by Iran, continues to inch that much closer to reality.

Retired US Colonel: Israel Is Dragging the United States Into World War III