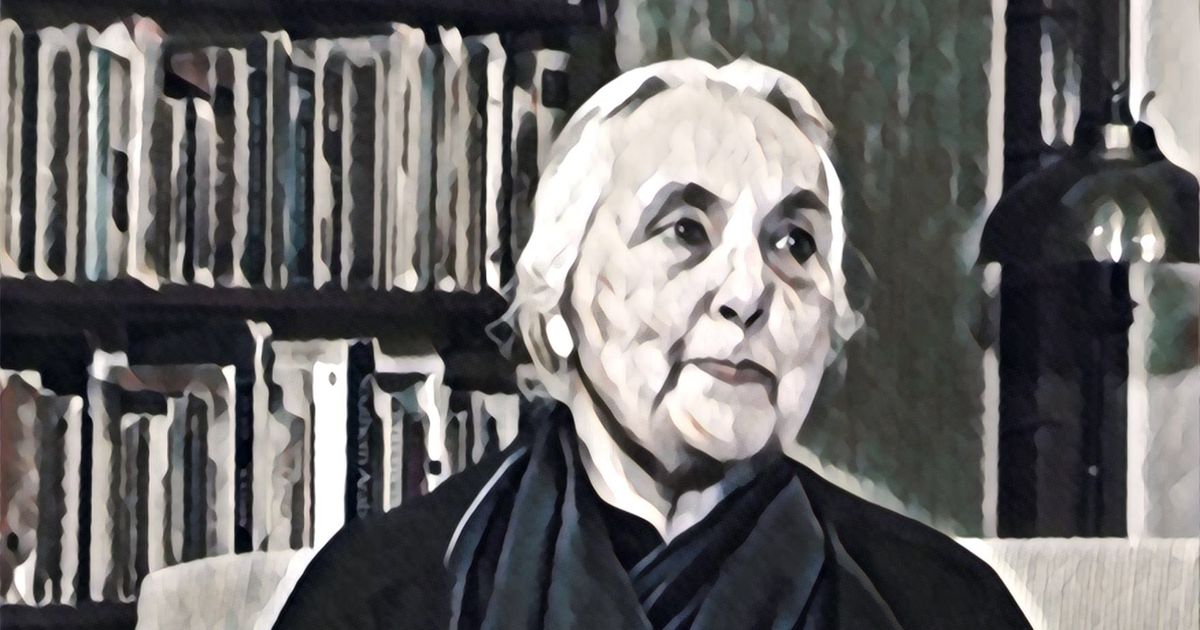 At the vanguard of present day studies of Indian history, Professor Romila Thapar has always recognised history as a dynamic discipline, a continuous dialogue between the past and present. The author of several insightful books, she is now the subject of a new book, Talking History, published by Oxford University Press. In the book Ramin Jahanbegloo and Neeladri Bhattacharya not only explore her personal journey from Punjab to London, but also interview her on a host of issues such as historical methodology, epic literature and Hindu nationalism. Her select writings have also been compiled into four volumes under the title The Historian and Her Craft: Collected Essays and Lectures. True to form as a leading public intellectual, Thapar spoke extensively to Scroll.in about her new book, history, Hindutva and more. Excerpts from the interview:

In your book you speak about the need for public intellectuals in Indian society, who are needed more than ever in times like these. However, one does not get to see many academics, especially in the field of history, participating in public debates. Why do you think there’s so much reluctance?

There are two reasons for this. One is that researchers are not trained to think about the relevance of their research to the rest of society. This is not so prevalent among historians, although many historians also do not make that connection. It is more noticeable for example, among scientists who carry out their experiments, motivated largely by the concerns of their research, and seldom ask about what its effect will be on society.

Whether we are scientists or non-scientists, we are not taught or encouraged to ask such a fundamental question. This is in part because education is still largely in the colonial mould, where such critical inquiry was not encouraged. And these days it is being reinforced by the official ideology that discourages asking questions. We still have not graduated to that level where college courses should begin with fundamental queries.

Those who are aware of the importance of questioning remain quiet because academic institutions and the general public alike do not appreciate questioning existing knowledge. In today’s day and age, there’s the additional fear that if you openly oppose that which is conventional, you will have to face dire consequences, as has happened in universities. This is why many of us were so pleased when a group of scientists recently objected strongly to a Minister from the HRD Ministry trashing Darwin’s theory of evolution.

Epic literature, you conclude, is not be taken as factual evidence. However, despite being a fictional character, Padmini of Jayasi’s Padmavat is constantly presented as a historical character. The Mahabharata and the Ramayana are considered part of history by many. How does a public intellectual combat such claims?

By asking many questions. As historians, we need to know whether it’s historical if it’s being quoted as history. We have to investigate its role in the making of a society – does it determine social values, and can it be claimed as a source of social identities? Do people take it as a given truth about the past and do they determine their lives by it, claiming it as a source of their social status and identity? Or do they take it as great literature and an attractive fantasy about the past, but something they don’t have to lay down their lives to defend?

Furthermore, what is the motivation behind converting that fantasy into a believed reality? This has much to do with the relationship of the present with the past, where the past has a lot of relevance today, especially in the area of social identity. In a society of such mixed identities, how can one find a single identity and declare that to be special? One of the ways to do this is to pick up a high status text, even if it is fictional, and to link one’s ancestry to it, insisting that it is historical. Such claims come more often from groups that are socially insecure. Today, ironically, some of these groups are dominant castes because the future is so uncertain. Their erstwhile dominance is under some shadow.

Historians can point out all these different aspects. Equally important is to comment on the text being used not as epic literature from the past but as a political tool in the present.

You pose serious concerns about using memory as a source of history. However, isn’t history largely a collection of memories of historical events committed to writing? Several historical texts that we consider valid sources of history today draw upon the chronicler’s memories. How would you explain such a conundrum?

Let me begin by disagreeing with your formulation that memory is the major source of history. This was so in the days when history was largely a narrative about the past. But now that history draws on and analyses a large number of sources on the past and is an attempt to explain the past, memory plays a rather small role. Other forms of recording the past are much more central. There are public papers, official statements and archaeological evidence that are given more credence than memory.

History derives from a variety of sources and in this interaction the reliability and value of different sources are assessed. Memory, therefore, is treated as a construction and subjected to critical inquiry. We don’t take it at face value. We analyse it, take it apart and compare it with other sources. I would like to underline that whatever the source, analysing it is absolutely crucial and central to the writing of history.

Hindutva as an ideology today is fast gaining ground. Even though its proponents hark back to the Puranas, Hindutva’s idea of Hinduism is the polar opposite of the assimilation that characterises Puranic Hinduism. Do you think the current fashioning of an exclusive, almost Abrahamic Hinduism marks a paradigm shift in the history of the religion?

We have to remember that all religions have a history. Religion is not static and changes with historical change. Religion is of two kinds: one is a personal religion comprising you and your relationship with the deity you worship; and then there is the public manifestation of religion where religion, as a social enterprise, tries to control society. This takes form after the religion becomes powerful and gains many followers. It sets up organisations that participate in, and determine the direction of, social activities.

Now Hindutva, constructed in the beginning of the 20th century, has had less impact on personal religion, and it does not attempt to redefine Hinduism as a religion per se. But it redefines the social controls exercised by the religion. So there is congregational worship, councils that lay down laws of social practices linked to Hindutva, belief in the historicity of the religion and its main figures as in the Abrahamic religions, etc.; in short the entire paraphernalia of an organisation comes into being which was not there earlier. Earlier, each sect had such concerns. But Hindutva is trying to make Hinduism uniform, by incorporating all the sects so that it becomes a monolithic religion.

An interesting difference between Hinduism and other religions is that Hinduism expressed itself historically through the creation, existence and growth of different sects. This enriches the religion and makes it open and plural. In the old days the openness of Hinduism was celebrated and the narrowness was limited to caste observances. Hindutva is trying to bring the narrowness into the religious observances too. The emphasis is on social organisation and political mobilisation through drills and Sunday Schools and such like. That is why I have referred to Hindutva as “Syndicated Hinduism”. Hindutva calling itself a version of Hinduism is problematic as it is a departure from traditional Hinduism.