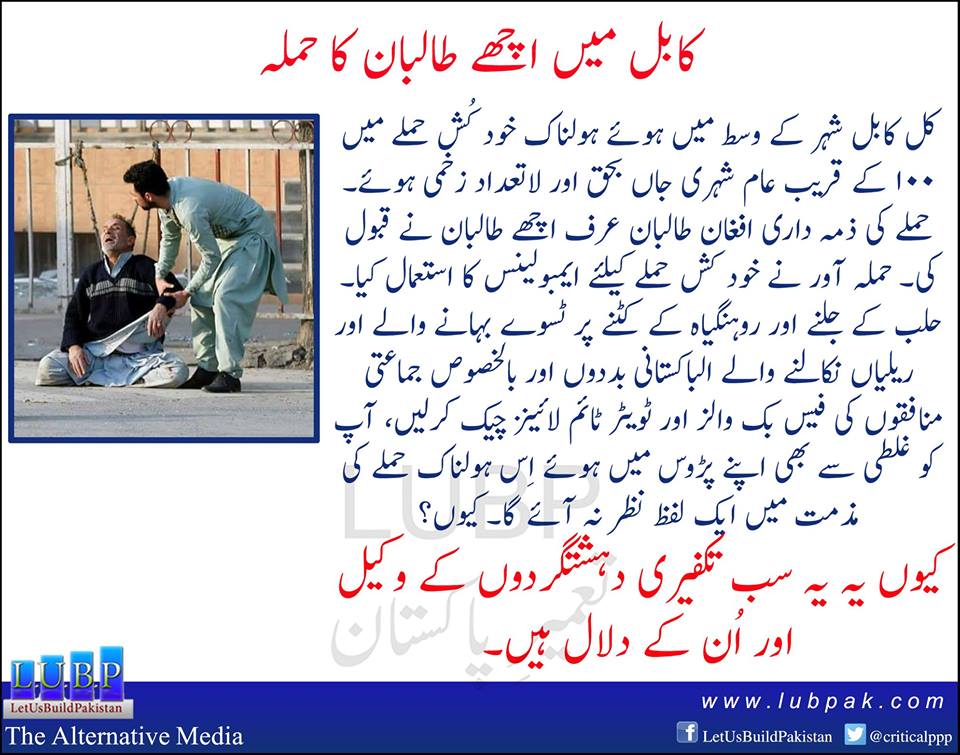 The routine massacre of Shias in Pakistan and Afghanistan by Takfiri Deobandis from #ISIS– affiliated groups like ASWJ/Sipah Sahaba is quickly glossed over by the liberatti. Most times, it does not even deserve a mention while proportionally lesser horrors and tragedies are selectively brought to the forefront.

After last week’s horrific suicide attacks in Kabul, the argument that those who remain silent and/or obfuscate on #ShiaGenocide are also responsible for allowing this menace to metastasise, becomes more compelling.

Since the last few decades, Pakistan’s commercial liberals (like Nadeem Paratha) have justified the massacre of Shias with spurious, dishonest and contradictory arguments such as:

1. It is a Saudi vs Iran proxy war
2. It is a class struggle by Saudi and General Zia ul Haq-backed billionaire “Marxist peasants”
3. It is Shia vs Sunni
4. Shias must not be allowed the licensed and legally permitted use of public space on national holidays
5. Shias must not be critical of the heros of #ISIS
6. It is a street riot
7. It is a battle between the House of the Holy Prophet vs the House of Caliph Yazeed (and commercial liberals like Asma Jehangir end up supporting the modern Yazeeds – an Icon for #ISIS)

And on and on, the drivel goes.

Because of these dishonest and false narratives, #DeobandiTerrorism has metastasised and spread across the globe. It targets Sunnis and Shias, Christians and Hindus, Sikhs and Buddhists, Yezidis and Druze as well as Atheists. From Bangladesh to Syria, and from London to San Bernardino, major acts of wanton slaughter have been committed by Takfiri Deobandi terrorists.

If Pakistan’s “liberal” “intelligentsia” had not been so sectarian and mendacious, the root cause of this terrorism would have been identified in the mainstream.

#RussiaBashing : A common tactic by Pakistani and US Elites
Radical Deobandi under garb of Trustees of Tablighi Jammat lose legal battle for construction of Tableeghi Markaz, mosque in London – by Muhammad Usman