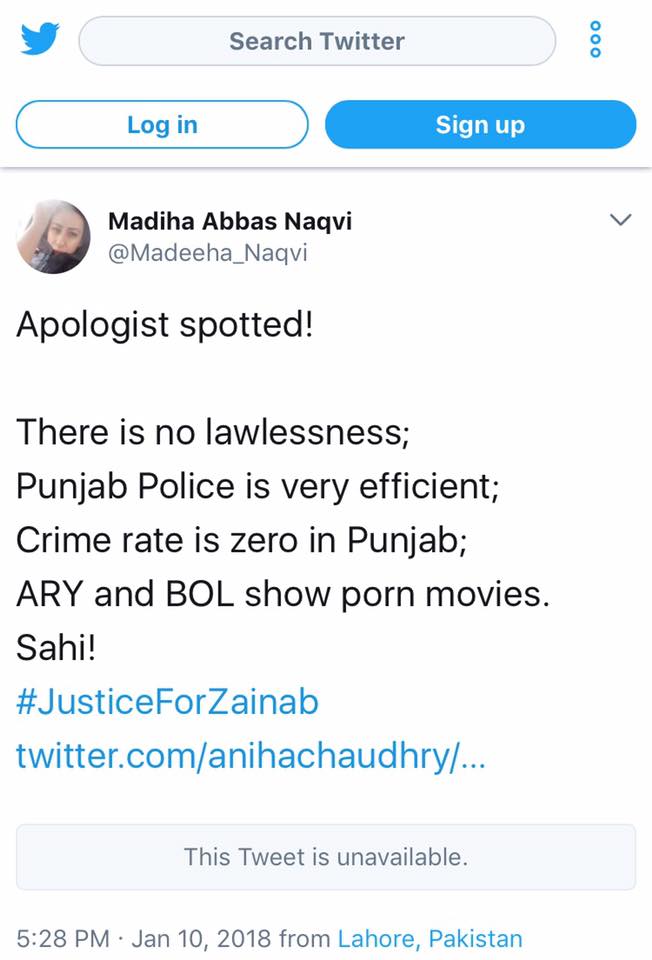 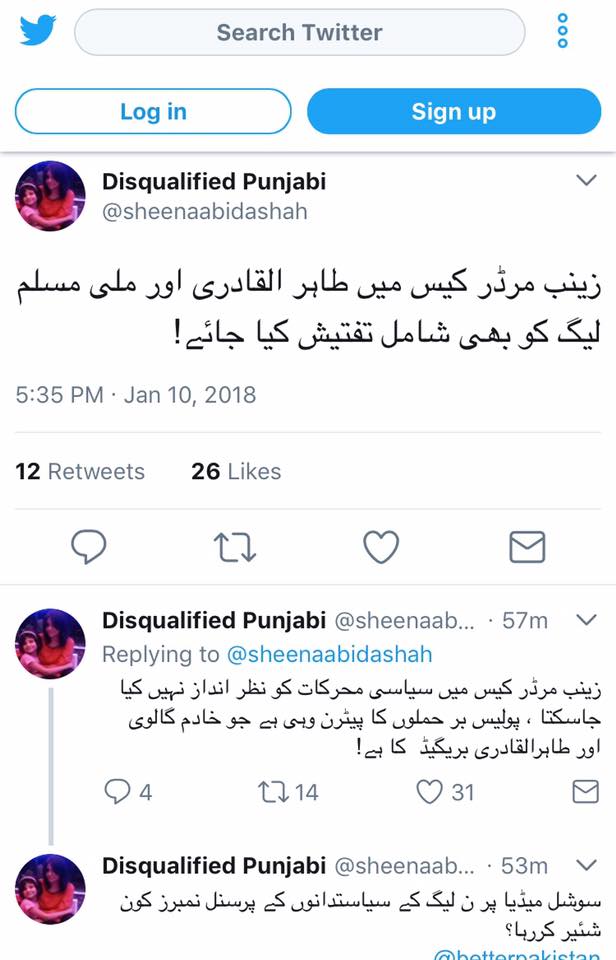 Child rape, hate rallies and a tanking economy are clearly not the priorities of the Saudi Establishment backed PML N regime and its neoliberal Apologists. As the rest of Pakistan is horrified with the rape of an 8-year girl, PML N thugs and their liberal backers are actively deflecting and obfuscating.

Kasur in Punjab is a PML N bastion where child rape has become endemic to the extant where collusion between the diabolic perpetrators of this crime and PML N is quite likely.

Author and academic Abbas Zaidi correctly calls this out:

“My prediction: The rapist-murderer of the kid Zainab will be a PML-N man. If you remember the Kasur kids who were forced to have sex and were videotaped. Nawaz Sharif’s MNA from Kasur was involved in it. This is why no one was punished”

The tweets by PML N Apologists playing politics with this horrific crime need to be called out. In Pakistan, PML N’s crimes of murder, rape and corruption are actively supported and apologised for by sellouts like #AsmaJehangir. Instead of addressing the protests that have erupted at the atrocity of an 8-year old girl being raped, the PML N police has murdered two more protestors.

Regime change anyone? Asma Jehangir who was quick to jump on the Neocon bandwagon against Iran cannot even call out the PML N government in her own country – just because PML N leaders like Nawaz Sharif happen to be her patrons! Shame!

Social media activist, Madiha Abbas also calls out the lies of the PML N propaganda cell run by Mariam Nawaz. PML N’s propaganda cell is supplemented by Pakistan’s commercial liberals who are desperately trying to shift public focus away from the horror of an 8-year old girl being raped and murdered under the PML N Federal and provincial governments. For nearly a week, these commercial liberal sycophants of PML N have obsessed about the 3rd marriage of a political rival.

With such priorities, are we surprised at the inhumanity.