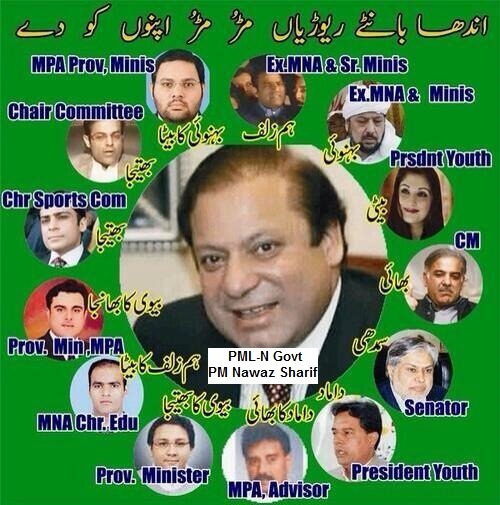 Since the last few weeks, PML N has used a dubious hate cleric to divert attention away from its increasingly exposed governance failures. It has held the entire country hostage to the whims of the billionaire Nawaz Sharif dynasty that calls the shots within the ruling party. In its power games, the PML N has had used the despicable underhand tactic of attacking the army chief’s private religious beliefs.

After getting exposed for their massive graft and corruption, the Sharif family responded in the only way it knew how. It used the gutter tactics of endangering the Ahmadi minority. First, the former disqualified Prime Minister’s kept son-in-law attacked the Ahmadiyya with hate speech from the floor of the parliament. Then the ruling party attempted a temporary amendment which they were never serious for following through.

The PML N coordinated this political theatric with a controversial Barelvi cleric aligned with extremist Deobandi elements and tactics.

The PML N government has engaged in massive censure ship tactics and blocked Facebook and Twitter in Pakistan. This crackdown on civil liberties has been done as reports had already emerged of PML N’s complicity with Khadim Rizvi.

Inspire of a judicial order to address and end the growing calls of intolerance, the PML N government did nothing for weeks and allowed the extremist Khadim Rizvi to cause civic disturbance in the capital city of Islamabad.

This underhand tactic by the government was to deliberately divide the Pakistani State and pit institutions against one another. But the gamble looks to have failed.

Both the Judiciary and the Army have refused to follow the PML N and step outside the Constitution. However the damage has been done and the climate of hatred against minorities has been fanned by the irresponsible acts of the PML N government and its deliberate failure to enforce the writ of the State. Let no one forget that the current bout of bigotry was initiated by none other than Captain Safdar – Nawaz Sharif’s kept son in law.