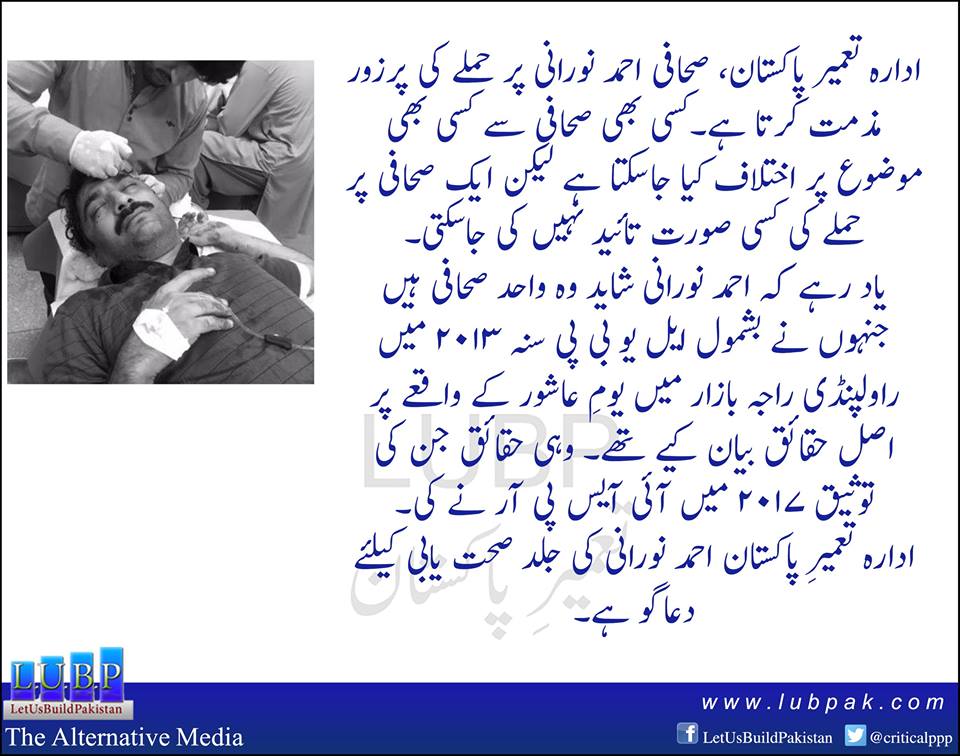 There are several occasions when we disagree with journalists and find their observations to be compromised. That does not justify violence.

Ahmad Noorani was the only mainstream journalist/media that disagreed with the PML N government/right wing/Taliban/Commercial liberal/civil society “consensus” of blaming the victims in the attack on Ashura Juloos that took place in Rawalpindi in 2013.

On that Ashura, Liberal Civil society and Sipah Sahaba/ASWJ were once again united in spewing hatred against Azadari. While Pakistan’s Sufyani liberals were rabidly attacking Ashura Juloos, Noorani was the only journalist who disagreed with the Pro – Saudi PML N government stance that openly sided with ASWJ-LeJ thugs and their narratives.

Today we know that Deobandi terrorists belonging to the Taliban burnt their own mosque in Raja Bazaar to falsely implicate Shias while Pakistan’s liberals supported the ASWJ/Taliban’s anti-Azadari narrative. Noorani and #LUBP we’re the only one’s who presented an alternative narrative that was proven correct two months ago.