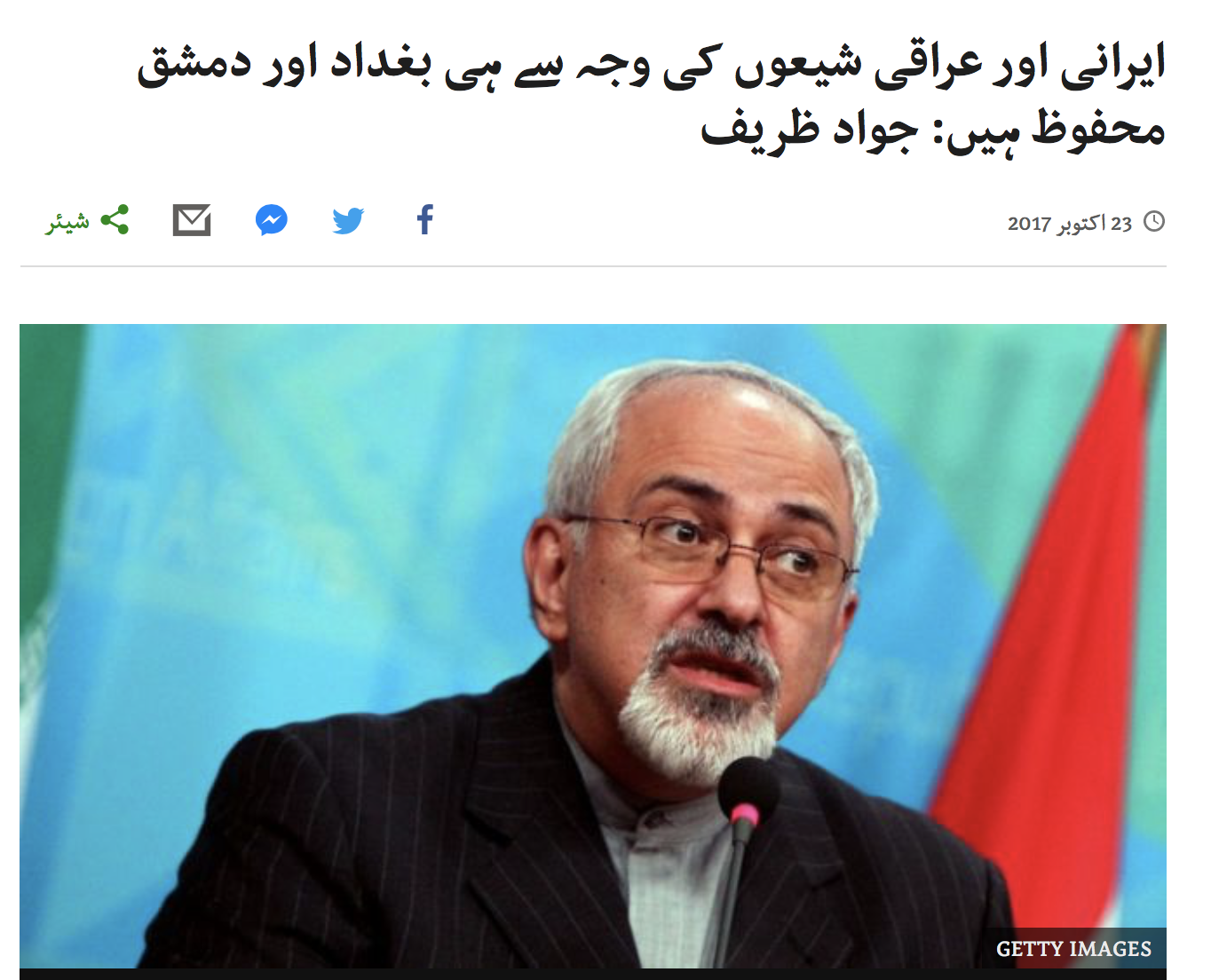 The BBC has long been known as a mouthpiece and propaganda for the British government’s neocolonial agenda in the world. It does not just represent the British government’s views, but it actively spreads misinformation to manipulate global opinion. It is no wonder that the BBC is available in multiple languages in order to meet this goal. From deceiving the public to shamelessly lying about the Syrian war in order to gather up public support for an invasion, the British government has done everything to fulfill its sinister agenda in the world as well as pleasing its rich benefactors such as Saudi Arabia.

BBC Urdu is no different. In a recent report, BBC Urdu blatantly mistranslated and spread lies about the Iranian foreign minister’s response to Rex Tillerson on Iraqi Shia paramilitary groups. The article’s title stated the following:

Now let’s take a look at what Zareef actually said in plain English in his twitter account:

As the readers can see, the statement is completely contrary to what the Urdu title says. What is more surprising is that the twitter comment is actually in the article itself, which means that the author is preying on his audience’s general ignorance of English.

The mistranslation plays into Saudi and U.S propaganda that the military and paramilitary groups in Iraq – the Iraqi army and the Popular Mobilization Forces (Hashd al-Shabi) – are Iranian militias and military servicemen. Why is this important? Because the Saudis and their allies want to delegitimize Iraq’s sole indigenous source of security by claiming that it is foreign and suspect (anything Iranian is considered suspect by the Saudis and their Wahhabi audience). BBC Urdu – as an ideological and financial subservient of the Saudis – is doing the same by showing Iraq’s defense forces as largely Iranian and thus suspect (anything Iranian is considered suspect by Pakistan’s Deobandi audience which pays religious tribute to Saudi Wahhabism).

Our request is that BBC Urdu edit its misleading article and give an accurate translation of the Iranian foreign minister’s tweet.