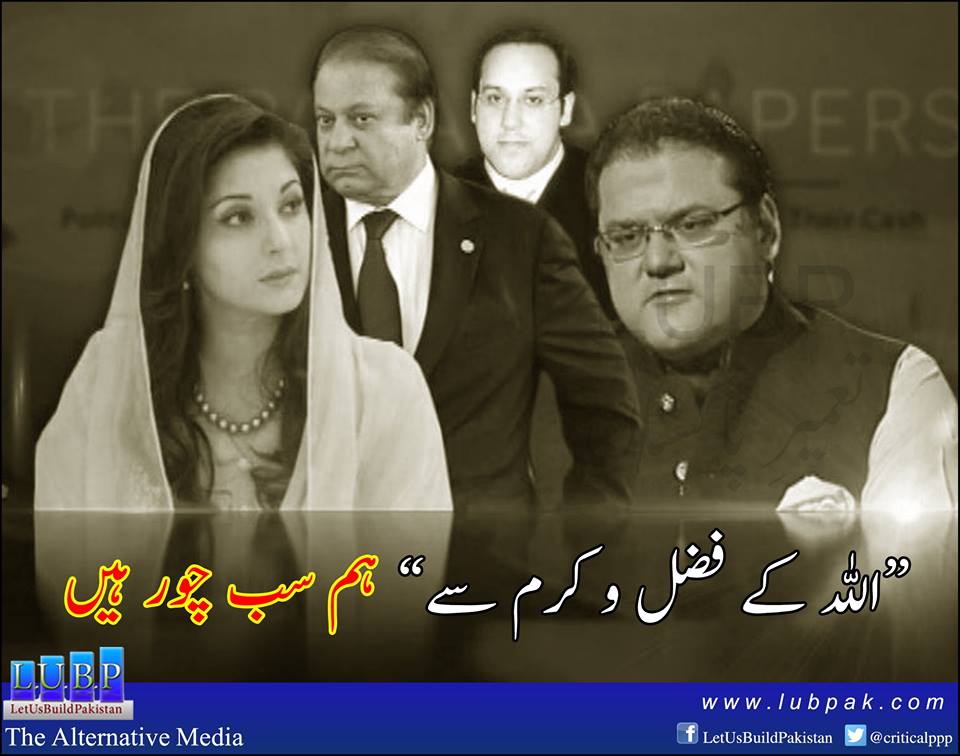 Since the 1980s, Nawaz Sharif and his party of (largely) right-wing, parochial, pro establishment bigots represent everything that is wrong with Pakistan. As such, the dynastic leadership of the ruling PML N should not be above the law!

Holding the corrupt, Saudi-stooge and over-previleged Sharif family to account does not “derail” a cosmetic democracy – a democracy that has been weakened since 1977 when inconsequential, crony capitalists like Nawaz Sharif and his undeserving clan were elevated by military dictators like General Zia ul Haq.

This clan of self-righteous thugs and cowards have always placed the interests of their Saudi masters and their wallets over the interest of Pakistan. The damning JIT report must be implemented to show that no one is above the law – especially a parochial dimwit bred in the laps of military dictators and intriguers

Since 1977, it is these corrupt, crony capitalists like Nawaz Sharif who have conspired and collaborated with Generals like Zia ul Haq, Chishti, Beg, Hamid Gul, Karamat, Kiyani, Pasha and Raheel Sharif to go after their political opponents in the PPP. It is self-righteous hypocrites like Nawaz Sharif and Shahbaz Sharif who have either purchased the judges (PCO Chaudhary, Saeeduzaman, Usmani, Ramday etc) or physically attacked the Supreme Court when they didn’t like the decisions.

Get ready for some spirited but shallow defense from PML N lackeys like Cyril Almeida, Najam Sethi, Nusrat Javeed and that jaded, sellout NGO uncle who used to be lefty/PPP but switched over to PML N for the financial benefits.

Don’t ever forget that it was Cyril Almeida who used to advocate for military coups as recently as the last PPP elected government.

And if some doddering fool attacks you for not buying the Nawaz Sharif Dynasty = Democracy and chides you for exposing this corrupt Nawaz Sharif and his lackeys like Cyril Almeida, please show them this:

“In his recent piece in Dawn on 16 Sep 2011, Inside Zardari’s mind, the update, Cyril Almeida writes: “army [can stop Zardari], if it decides the costs of non-intervention are higher than benefits of status quo.”