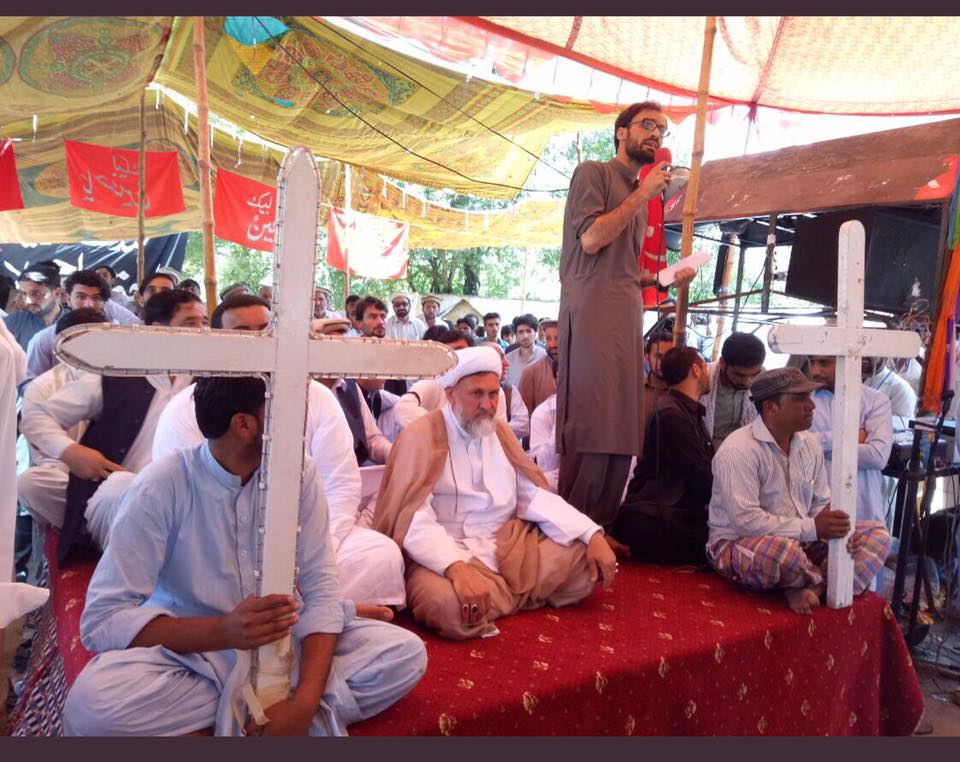 As Christian, Sunni and Shia activists unite to stage principled protests countrywide to demand #Justice4Parachinar, the Deobandi wing of the military establishment is up to its usual slimy tactics. This section of the establishment wants to push Shias out of the mainstream and declare them as traitors to the country.

This part of the establishment is represented in the media by Saleem Safi, Hamid Mir, Tahir Ashrafi (clergy) Chaudhry Nisar (government)

It also includes, amongst others, Col. Umar who is a key facilitator of the multiple bomb attacks in Parachinar. This wing of the establishment wants to destroy Pakistan to promote the interests of Saudi despots and is a more cruder version of the McCains, Kushners, Deans, Clintons, Bushes, Friedman etc in the United States.

Starting with its founder Jinnah, Shias remain an integral part of Pakistan and are the second largest religious group. They must simultaneously

1. Not allow Takfiri Deobandi-Fake Liberal Mafia to push them to the fringes and self ghettoise themselves

2. They must not allow Uncle Toms within themselves to sell their interests short and must not compromise on security, redressals, compensation and a complete crackdown of the Deobandi terrorist network that has claimed 70,000 Pakistani lives including Sunnis, Shias, Christians, Hindus, Sikhs, Ahmadis, Kalash etc.

Shias in Pakistan are bearing the brunt of the establishment-backed Deobandi terrorism. It is heartening to see Sunni and Christian support for the ongoing Shia protests on Parachinar and Quetta bombings by Deobandi terrorists. Just received the following template from friends arranging worldwide protests. It is a very helpful response to those who are bent on pushing Pakistan’s Shia Muslims to the brink. Please distribute widely.

A few questions for these jokers:

1) When did Shias ever condone Pak Army or called them unbelievers and bared anyone from saying their funeral prayers?

2) When did a shia disrespected the dead bodies of the martryed and played football with their heads?

3) Which Shia has ever called such barbarians as shaheeds?

5) Have you ever heard of a Shia suicide bomber blow up in Milad gatherings, Masajid, marketplaces, police stations, near GHQ or anywhere else?

Those spreading selling this nonsensical narrative against Shia’s are the real enemies of the state & we must stand united as Pakistani’s to dispel and crush them.