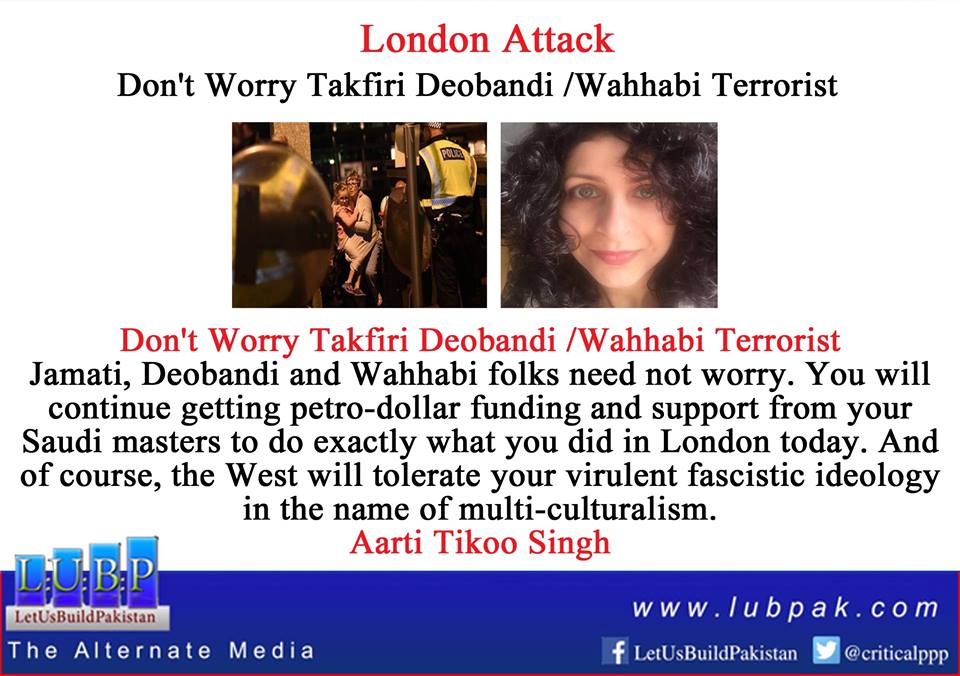 Pakistan’s commercial liberal Mafia has such a strong sectarian animosity towards Iran that they are even willing to believe Osama bin Laden’s alleged correspondence. Correspondence that alleged that it is Iran, and not Saudi Arabia which supports Al Qaeda.

These are recycled and rehashed accusations which were printed by Der Spiegel and The New Yorker (amongst others) whose editorial board, like Pakistani Deobandis, would believe anything about Iran. These allegations also inform Western “intelligence” against Iran. Combined with this is a not so subtle justification, of day before yesterday’s terrorist attacks against Iran, because you know, it is WSD privilege to settle all real and imaginary grievances with Genocidal violence.

When Shias are massacred in Iran, this same Mafia of dishonest liberals start talking about Sipah e Mohammad that briefly existed as a reaction in the mid 1990s and has been extinct for nearly a quarter of a century.

In short, neither their arguments nor their allegations can be justified outside their feverish sectarian bigotry.

Post Script: this is in response to Khaled Ahmed’s recent article regarding the Iran attacks. While he is a very well informed writer and commentator, he is still constrained by his anti-Shia prejudice and sectarian tribalism.