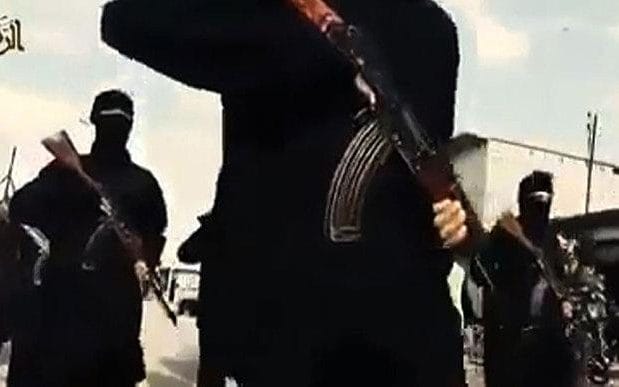 In July 2013, Wahhabism was identified by the European Parliament in Strasbourg as the main source of global terrorism.

The Grand Mufti of Saudi Arabia, condemned Islamic State of Iraq and the Levant (Isil), insisting “the ideas of extremism, radicalism and terrorism do not belong to Islam in any way”.

Somewhat paradoxically, however, members of the Saudi ruling class have applauded Wahhabism it for its Salafi piety – i.e. its adherence to the original practices of Islam – and the movement’s vehement opposition to the Shia branch of Islam.

In the 1970s, with the help of funding from petroleum exports and other factors, Saudi charities started funding Wahhabi schools (madrassas) and mosques across the globe and the movement underwent “explosive growth”.

The US State Department has estimated that over the past four decades Riyadh has invested more than $10bn (£6bn) into charitable foundations in an attempt to replace mainstream Sunni Islam with the harsh intolerance of its Wahhabism. EU intelligence experts estimate that 15 to 20 per cent of this has been diverted to al-Qaida and other violent jihadists.

A short history of Wahhabism

Founded by Mohammed Ibn Abd al-Wahhab (1703-92), it stresses the absolute sovereignty of God. Ibn Abd al-Wahhab also rejected any reliance on the intercession of Mohammed and denounced pilgrimages to saints’ tombs, declaring that their domes or shrines should be destroyed.

As an opposer of innovation, he advocated a return to what he saw as the purity of the first generation of Islam, the salaf and the teaching of any school of law. His ideas were deeply influenced by the teachings of Ibn Taymiyah (1263-1328), who saw the state as an adjunct of religion and opposed discursive theology.

Ibn Taymiyah also branded the Mongols of his day as kafirs (unbelievers), even though they professed the main tenets of Islam. In this, he has been imitated by modern Islamist movements which excommunicate those who profess Islam without following it rigorously. These ideas were further developed in the twentieth century by Sayyid Qutb.

Wahhabists enforce public attendance at prayers, forbid shaving and the smoking of tobacco. Their mosques are plain. By the middle of the 18th century, they dominated the Arabian peninsula with the political support of the Al Saud, the family that to this day rules through a monarchy.

In 1925, the Wahhabists seized Mecca, but the state has continued to allow pilgrims of all Muslim traditions to observe their rites during the hajj. Even so, the Interior Ministry funds the religious police, who seek out illegal alcohol and ensure shops are shut during mosque time.

Since the 1980s, unemployed young people have been attracted to neo-Wahhabist groups embracing salafiyah, the ideology of primitive Islam, who seek social justice as well as the imposition of Koranic punishments.

The exclusivism of Ibn Taymiyah combined with the use of violence advocated by modern ultra-Wahhabists such as Al Qaeda, Isil and Boko Haram, have now given rise to cells of activists outside Saudi Arabia, ready to commit terrorist outrages such as the ones seen in Beirut, Paris, Brussels and Lahore.

Its ironic that Prophet Muhammad and Imam Ali seemed to warn against the rise of extremism in Kitab Al Fitan – a compilation of hadiths (Islamic tradition) relating to the end of times, put together by prominent scholar Nuyam bin Hammad in 229 AH.

In it Imam Ali recalled the Prophet saying:

“If you see the black flags, then hold your ground and do not move your hands or your feet. A people will come forth who are weak and have no capability, their hearts are like blocks of iron. They are the people of the State (literally the people of Al Dawla), they do not keep a promise or a treaty.

“They call to the truth but they are not its people. Their names are (nicknames like Abu Mohammed) and their last names (are the names of town and cities, like Al Halabi [and now al-Baghdadi]) and their hair is loose like women’s hair. (Leave them) until they fight among themselves, then Allah will bring the truth from whoever He wills.”

What is Isil? An Islamic extremist group controlling territory in Syria and Iraq

What about ‘Daesh’? Daesh is an abbreviation Dawlat al-Islamiyah f’al-Iraq wa al-Sham, and is the derogatory name used by many Muslims for Isil. Following the Paris attacks, the French government is now using this term

What are its aims? A worldwide Islamic caliphate – a religious government without borders

What terror attacks has it carried out? Isil has claimed responsibility for the Paris attacks of 13 November 2015, the explosion of a plane travelling from Egypt to Russia, and the individual killings of Western hostages, including James Foley and Alan Henning

How is the group funded? Looting, extortion and the possession of oilfields, providing an estimated £1.8m in revenue per day

How much territory does Isil control? An area of the Middle East that is roughly the size of Belgium

Where is it based? Isil’s HQ is understood to be in the city of Raqqa, Syria