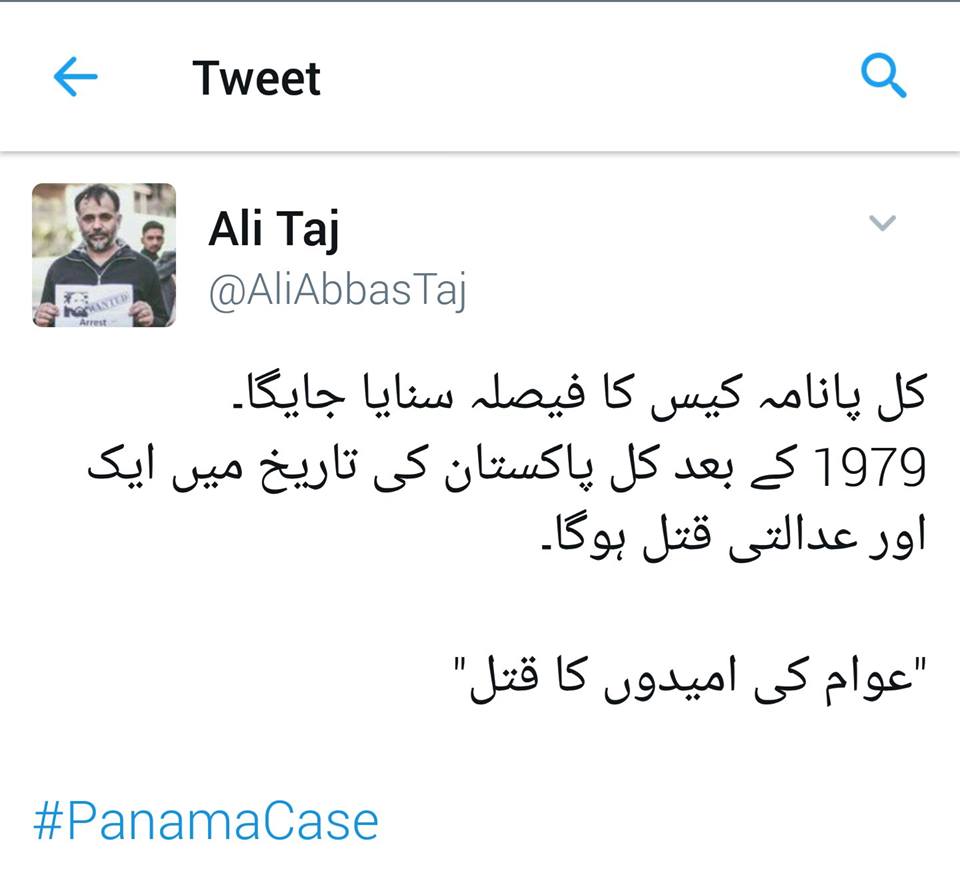 Most (controversially) elected heads of State with a chequered history of corruption, nepotism, extremism and compromise would have been found guilty by a reasonable and independent judiciary. But the Judiciary in Pakistan has (nearly) always protected the powerful and even more since since that sham of a “Liars Movement”.

That was the movement that not only further strengthened right wing and Al Qaeda groups in Pakistan; it also ensured that the Judiciary would be populated by corrupt, compromised, Jamaati toadies and flunkies of the Sharif dynasty.

A deeply compromised judiciary is why Nawaz and his bunch of corrupt off spring are likely to get away even after being exposed for massive corruption and shady asset holdings in the Panama Papers leaks.

The rule of Law does not apply to Saudi Establishment stooge and Pakistani PM Nawaz Sharif and his prodigal offspring. Himself a spawn and beneficiary of military dictator, General Zia ul Haq, Nawaz Sharif and his family of corrupt crony capitalists have has previously gotten away with murder and massive corruption. In the 1990’s, Nawaz and his group of chauvinist, Pro Taliban thugs literally attacked the Supreme Court for daring to pass an opposing judgement. Nawaz engineered a coup against a sitting Chief Justice, Sajjad Ali Shah and had him replaced with his trusted flunkie, the bigoted Saeed uz Zaman Siddiqui.

After being deposed by another military dictator in 1999, Nawaz Sharif took the first deal and fled the country to Saudi Arabia along with his corrupt family. As payback for funding the Liars movement, all the convictions against him were “stayed” by the current compromised judiciary in 2009.

Since then, the judiciary has played an openly one-sided and prejudicial role in selectively prosecuting and lynching the political opponents of Nawaz Sharif. Simultaneously, this same judiciary has worked over time in securing releases and overturning standing convictions of Al Qaeda and ISIS affiliated terrorists like Malik Ishaq. These terrorists and hate mongers form the “support base” for Nawaz Sharif’s ruling coalition.

Elected heads of State have either resigned out of shame and pressure and even been impeached and convicted. Adherence to the rule of law does not threaten Democracy, rather it strengthens Democratic foundations However, the minions of Nawaz Sharif which include self anointed liberals like Najam Sethi argue otherwise. When it comes to corruption allegations against PPP or PTI, these minions like Sethi, Cyril, Ansar Abbasi, Hamid Mir etc will bay for blood in self righteousness indignation. However, when it comes to their employer and sugar daddy Nawaz Sharif getting brutally exposed on massive corruption and money laundering charges, the same smug propagandists argue the other way.

For these sellout pundits, a verdict against Nawaz Sharif and his corrupt family will harm the fragile state of democracy – something that was irrelevant when PPP prime ministers like ZAB and YRG were executed and dismissed on flimsy and politically-motivated charges.