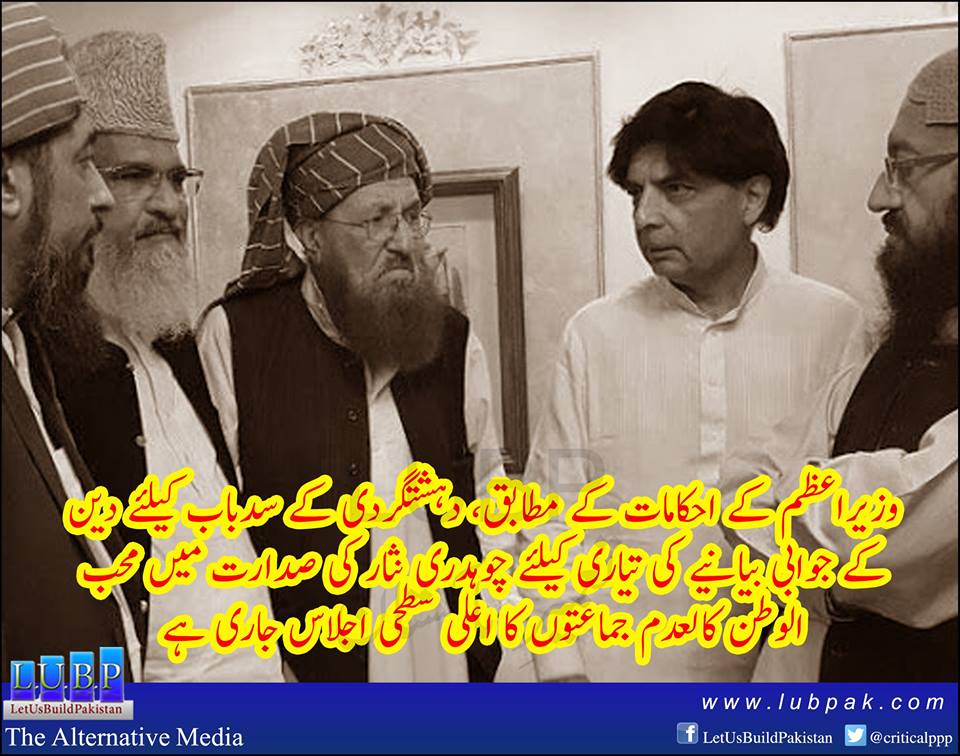 The connivance of State organs with Deobandi hate mongers:

Shia Muslims in Pakistan are facing continual genocidal violence by banned Deobandi terrorist groups. These banned Deobandi groups like ASWJ/LEJ allied both with ISIS with the Nawaz Sharif government of Pakistan. Pakistan’s Interior Minister Chaudhry Nisar meets regularly with with Deobandi hate leaders and initiators of Shia Genocide like Ahmed Ludhianvi. Saudi financed Deobandi Madrassas in Pakistan and India has issued Fatwas (religious orders) that incite murderous violence againts Shia Muslims as. The nexus of Deobandi Madrassas is backed by the Wahhabi Saudi State. The Nawaz Sharif Government in Pakistan is a Saudi proxy Government.

Appalling role of the media by Obfuscation:

Pakistan’s media like DAWN describes this genocidal attack on Shia Muslims as “sectarian violence” – a typical obfuscation that hides the identity of the victims (Shias) and perpetrators (Deobandis) and conflates both of them in the same category.

Whenever you see terms like “Islamist” “sectarian violence” “proxy war” to describe this genocide, you should know that the fix is on and the narrator is another dishonest bigot.

In December 2015, Shia Muslims were attacked yet again by ISIS-affiliated Deobandi terrorists in Parachinar. Just as they were attacked today and have been since the 1980s when CIA-backed General Zia ul Haq let loose his “Mujahideen” on Pakistan.

In the 2015 attack, please reexamine the tweet of HRW’s Ken Roth – better known as a despicable Al Qaeda cheerleader against Syria. Also see the pathetic attempts to justify #ShiaGenocide