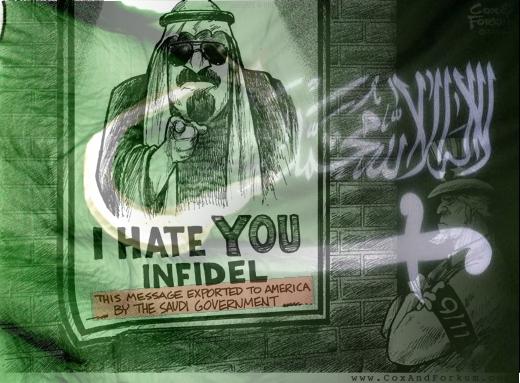 His given name was Adrian Ajao but the name under which he killed four people in a terrorist attack was Khalid Masood. He had a string of convictions for violent offences and an employment history that might best be described as checkered. We do not know when he became a Muslim, or when he became radicalized. We have no idea about his mental health either at the time of the attack or more generally. We cannot yet say if he acted alone, was working with a small group of self-radicalized individuals, or was directed by a recognized international terrorist group. What we do know is that he, and four others are dead, including Constable Keith Palmer, who gave his life in the line of duty. With several others in a critical condition, the death toll may well rise further.

As the details begin to emerge, there are some striking parallels with the murder of Fusilier Lee Rigby outside the Royal Artillery Barracks in southeast London in May 2013. Like the Westminster attack victims, Rigby was run over in a car and stabbed to death. Like Khalid Masood, his attackers were misfits who seem to have converted to Islam to find a sense of stability in otherwise turbulent lives. Sadly, the Islam they were exposed to was a uniquely toxic form.

The form of Islamic identity that has taken shape on the streets of urban Britain has some very convoluted roots. Its theological base is Deobandism, a deeply conservative from of Islam that is itself an innovation of the 19th Century and an anti-colonial construct. For second-generation immigrants in places like Birmingham, Luton and some parts of London, this anti-modern and anti-British religious outlook has mixed with a cultural identity rooted in both white British and black working class identities.

We see men with cockney accents who dress like sub-continentals and pepper their speech with Arabic in an attempt to sound authentically Muslim. They can be found on social media and street corners, puffing themselves up by policing the morality of others and espousing aggressively pro-Jihad opinions. They lure the marginalized, the angry, ex-convicts and drug addicts, the detritus of the big cities and the flotsam of mass migration –men like Khalid Masood.

To the already volatile mix of post-colonial displacement, social marginalization and religiously-inspired rejectionism we can add the influence of Wahabism and its Saudi and Gulf sponsors. Over the last 40 years, gulf and Saudi money has poured into British Deobandi institutions, training ever more hardline clerics and ostracizing those who espouse more tolerant attitudes. With an estimated 40 percent of UK mosques adhering to the Deobandi creed and all attempts at reform rendered impossible by the strings that come with Saudi funding, the problem will only grow over time. The BBC has done documentaries on the Deobandi menace but the British government needs Saudi money for weapons programs to survive.

Khalid Masood does not appear to have been a trained terrorist operative and he almost certainly did not act on direct instructions from a recognized organisation, but neither should he be seen as a lone-wolf. Inspiring and encouraging individuals to act independently has long been a strategy for terrorist groups, it is a low-risk, low-cost way to achieve the panic, the fear and the backlash against Muslims that are their aims. But no person in his or her right mind would do what Masood did. It required deliberate indoctrination to turn his pre-existing tendency toward violence into an act of terrorism in the name of Islam.

And that indoctrination, whether it took place inside or outside a mosque, in real life or online, can only have been in the toxic mix of militant Deobandism, Wahabism and Salafism that is growing in influence around the world. There are many reasons for that growth: social marginalization, Saudi money and the British government’s ongoing refusal to admit that its close ally and best customer is also the chief sponsor of terrorism and extremism, to name but a few; but the single biggest reason is the apathy and acquiescence of Muslims in the face of a belief system that should appall us in its intolerance.

If we do not act decisively against the attitudes of supremacism and bigotry that have become increasingly common in the Muslim community, the swamp that breeds creatures like Masood will continue to produce them and it will be “moderate” and “mainstream” Muslims who suffer the backlash.