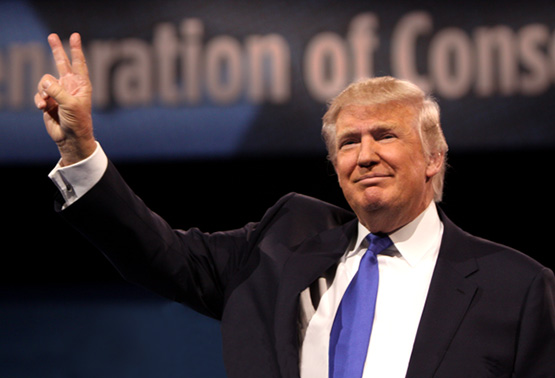 I believe that in the age of e-surveillance, your office will somehow read this letter. I have heard and read about your executive order banning certain foreigners’ entry into the United States.

I would like to inform you that I had visited the United States in the year 2000 for the last time. Following the U.S attacks on Afghanistan in 2001 and later the U.S aggression against Iraq on a false pretext, I avoid visiting the U.S. In the past years, I have turned down several visit invitations from the United States. This gesture is civilized protest of an ordinary person against belligerent U.S policies.

In my opinion, the U.S policies against weak countries qualify the definition of state terrorism. The United States is also accused of sponsoring terrorist organizations. The U.S backs Israeli atrocities against the Palestinian people. It supports Israel’s occupation of Arab lands. Though, in his final days, the Obama administration tried to distance itself from Israel, but you plan to reverse that strategy by announcing your full support for Israel knowing that Prime Minister Benjamin Netanyahu follows racist, bloody and inhuman policies.

So dear President Trump because of your country’s negative role and policies I am not coming to the U.S until your country will start behaving like a responsible and civilized state. However, I do appreciate your promise of not imposing the U.S will and values upon other nations. I also agree with you when you say the United States is for Americans. The same principle applies for every country.

Mr. President your stand on NATO is also justified. NATO is no longer needed. It should have been disbanded in the early 1990s at the end of the Cold War. But Clinton, Bush and Obama administrations used NATO as tool of blackmail and coercion. NATO has exceeded its mandate and during the last two decades, the U.S has been using NATO to corner Russia. Sir, if you could clip NATO’s wings and stop it from interfering in other countries it would be good for the U.S and the rest of the world.

And your stance on Europe is fantastic, Mr. President. The U.S has protected Europe for too long. Europeans must grow up and instead of relying on the United States; they should take charge of their own security and must be ready to pay the bills. The United Nations is another white elephant,

Sir. It is also a remnant of a Old World Order. that was designed at Bretton Woods in the final days of the Second World War. The United States has been paying the biggest chunk of the UN budget but it has also used the U.N as tissue paper (Iraq attack) and also for clearing the U.S created mess in the world. It will be good if the U.S will withdraw its support from the UN. Without the U.S shadow, a reformed UN will be more representative and independent international forum. Here I also support you Mr. President. The UN is a huge burden on the U.S exchequer.

Sir, the U.S establishment, including U.S intelligence agencies, and corporate media fear you because you are an unusual leader. You speak ordinary people’s language. You have amplified their real and perceived concerns and fears.

Mr. President, you want to change U.S policies, particularly your country’s foreign policy. It is yet to be seen whether the custodians of status quo would allow you change the course of history.
The world is watching the U.S under your leadership.