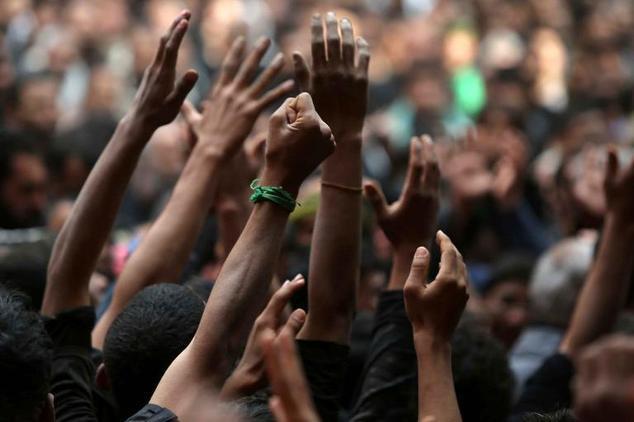 I don’t think this quote has ever rung more pertinently true. I also think that Saudi Arabia’s recent faux-pas towards Iraq and Shia Islam most brilliantly exemplified the abominable sectarian nature of the kingdom’s dogmatic aberration: Wahhabism.

Earlier this week, on the day which marks the culmination of the pilgrimage of Arbaeen in Iraq, Saudi-owned newspaper Asharq-al-Awsat published a slanderous report in which it claimed that the women of Karbala engaged in less than savoury relations during the pilgrimage. Arbaeen is the 40-day mourning period following Ashura, the religious ritual for the commemoration of the Prophet Mohammad’s grandson’s death in 680 AD.

The report has since been removed by Asharq-al-Awsat and its editor in chief was made to resign.

The article quoted a fabricated World Health Organisation spokesperson as saying that after last year’s pilgrimage more than 169 Iraqi women became pregnant out of wedlock.

The UN’s health agency almost immediately refuted the allegation noting: “claim that this information was released by a WHO headquarters communications officer is completely erroneous”.

In its statement, the WHO said Saudi media-spread citations on illegitimate children being conceived and born during Arbaeen religious ceremonies in eastern Iraq are false. The international body’s statement said that all quotes published on an online Saudi portal are untrue and cannot be referenced to the organization.

The WHO criticized the exploitation of its name and authenticity by the website “ASHRAQ Al-AWSAT” or otherwise known by “Free Voices.” The media outlet had misleadingly cited one of the organization’s spokespersons based in Geneva.

The WHO condemned the website, and renounced the report saying that it was fabricated and did not go with the moral set and values upheld by the body.

WHO Regional Director for the Eastern Mediterranean Dr. Ala Alwan, in a letter sent to Asharq Al-Awsat, confirmed that the organization had not made any statements on the subject matter, and that he strongly condemns the false citation and referencing the incorrect information to the WHO in media reports.

Dr. Alwan added that the report made does not relate or fall in line with the principals and values held and promoted by the health body.

More so, the organization warned the abuse of its title in such matters by the media, especially first fact checking the information.

Saudi Arabia now finds itself in the middle of a scandal which is unlikely to die down easily – not when its intentions were so clearly aimed at discrediting both Iraq and Shia Islam.

Only this time truth has caught up with the Wahhabi kingdom. This time Riyadh’s manipulation was far too grave for anyone to entertain its lunacy.

Lunacy is in fact what animates the Saudi kingdom – that and a hate so grand that it would stoop to slander to prevent the world from acknowledging the inspiring display of devotion and loyalty Muslims and non-Muslims have demonstrated by raising Imam Hussain ibn Ali’s banner in Karbala.

Almost 30 million pilgrims – of all walks of life, ethnicities and faiths were gathered in Karbala this November. In peace, in devotion, in remembrance almost 30 million souls pledged their loyalty to the Third Imam, and where he fell martyred they vowed to raise a movement to defy Tyranny.

Maybe such declaration was too much for the kingdom to bear. Maybe the stand of Imam Hussain stood too much of a reminder that tyrants do in fact fall a great fall when Truth is spoken by the oppressed.

What an irony indeed it is to see tyrants reveal themselves by the injustice of their deeds!

But beyond the lies and fabrications we ought to recognise the seed of sectarian hate and fanaticism. Beyond this rather pathetic attempt to brush Iraqi women as women of little virtue, when Iraq proved most generous and kind to pilgrims at a time when the nation has suffered the greatest of oppression … Daesh we will do well to remember still roams in Iraq: pillaging and killing.

Still Iraq proved generous, Iraq also proved most graceful and kind to its guests. The same cannot be said of Saudi Arabia when too often its own pilgrims have suffered tremendous abuses and restrictions on their personal freedom.

A study sponsored by the Shafaqna Institute for Middle Eastern Studies this summer established how violently oppressive and repressive the kingdom has acted to its own religious minorities, carrying such sectarianism to the heart of the Hajj pilgrimage by blocking access to al-Baqee cemetery in Medina and other holy sites to non-Wahhabi pilgrims.

It needs to be said that if the Islamic world suffers from a divide it is in between Muslims and Wahhabis, not Shiites and Sunnis. Shia and Sunni Islam have no theological quarrels.

Just as Wahhabi hordes befell the holy of Karbala in the 18th century so that Imam Hussain’s shrine would be torn down and all its followers massacred, Wahhabism’s foot-soldiers aim to discredit Shia Islam, by challenging its people’s morality.

We only have to look upon the destruction Wahhabism has claimed over the centuries to realise that this nefarious ideology is at war with all religions … maybe in its folly God himself.

It is absolutism Wahhabism seeks to assert, it is exclusionism and fanaticism it wants to institutionalise so that all freedoms could be disappeared to their black flag.

In an interview I conducted for The Duran the Baqee Organization noted the following: “Failure to protect them [holy sites] from destruction is the biggest tragedy for the Islamic architectural heritage. The Saudi royal family claims to be guardians of the holy places of Islam, and profit hugely from the centuries by visiting believers to Mecca and Medina for pilgrimage. And yet, they are party to this barbaric desecration of the holiest sites in the Islamic world.”

“Today, the religious zealots in Saudi Arabia are not alone. Commercial developers such as Bin Laden Group have joined hands with them and are making hundreds of millions in profits as they build ugly, but lucrative high-rises that are shadowing the Grand Mosque known as the Ka’aba. Today Saudi petrodollars have the ability to silence even its most vocal critics, but when all is said and done, history will render a harsh judgment on those who try to wipe out its footprints and steal the heritage of all humanity.”

I will add this: today Wahhabism feels so secure in its alliances, wealth and political power that it is moving its war to the spiritual realm. I will offer this warning: “Beware of the supplication of the oppressed, for there is no barrier between it and Allah”, Prophet Muhammad – Sahih al-Bukharu 4090. Readers will note that I have used a source not even Wahhabis will contest.

One last point I would like to make before I take my leave: Saudi Arabia has no lesson in morality to offer the Iraqi people – not when it has itself proven such a shameful model of depravity. I recall how only recently one of Saudi Arabia’s Wahhabi imam educated the male population in a lesson of “how best to beat your wife”. I also recall that child marriage remains rampant in the kingdom, and how instrumental the kingdom has been in exploiting and trafficking children …

Mirror, mirror on the wall who is the most abominable of all …