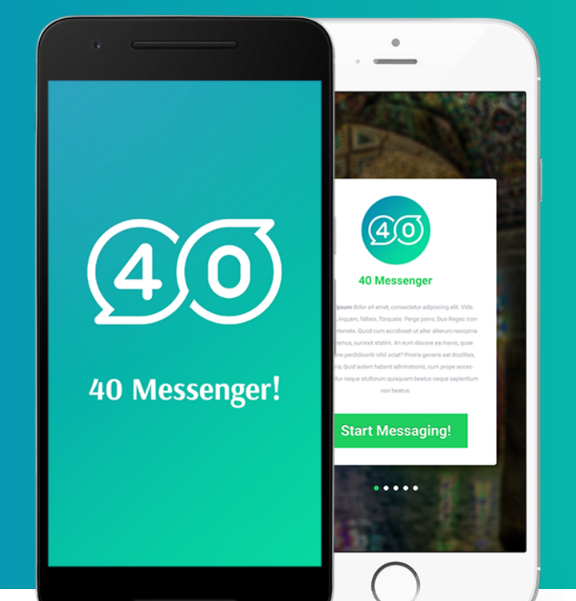 As radicalism and hatred continue to empty their venom onto the world: sowing discord, enmity, and self-righteous arrogance, a group of Shia Muslim entrepreneurs from Iran, Saudi Arabia, Pakistan, Iraq and the US, imagined a technology which would speak unity amid furious sectarianism, and cohesion where there was distrust.

Keen not only denounce but oppose the ideological abomination which is Wahhabism – this dogma the House of Saud rose atop the fanaticism of one heretic scholar: Muhammad Ibn Abdel-Wahhab (18th century) Muslims have chosen to anchor their rebuttal of extremism through the promotion of a new media platform: Messenger 40.

will likely argue that another social media platform is hardly revolutionary … especially if we consider how many apps are already available, this one particular product defiantly taps into a religious movement and expression Wahhabist Saudi Arabia has worked to silence.

What in the world am I talking about?

I am referring to Resistance … more particularly social resistance through the affirmation of Islam’s most sacred and universal principle: Justice.

If Islam has often been portrayed as the religion of peace, I would personally argue that Islam promotes in fact, Justice – this innate yearning we all share beyond the many labels we have chosen for ourselves. At the heart of most

It is our refusal to bow to tyranny and accept oppression which prompted communities of man to rise against the Establishment, and from the ashes of empires dream themselves free.

Today such principles have been packaged into an app … several lines of coding put together to defy Saudi Arabia’s radical construct, a tool to break free from the shackles of religious oppression.

Who said technology could not be revolutionary?

here is where Messenger 40 really promises to break the social sound barrier – beyond a simple exercise in technological entrepreneurship and an imperious need to reject theo-fascism, Messenger 40 carries the very essence of Islam’s tradition in it name: Arbaeen.

Arbaeen means 40 in Arabic, a reference to the mourning of Imam Hussain ibn Ali, the grandson of the Prophet Muhammad, and Third Imam of Islam.

A symbol of fortitude, courage, and exceptional piety, Imam Hussain’s name has long echoed of Islam’s most brilliant principles – that before Tyranny none should relent, that even in the most suffocating of darkness it is Truth which must be spoken, beyond self-interest, and beyond all fears.

It is those principles Messenger 40 ambition to promote by speaking Freedom in a region locked in oppression – all thanks to Saudi Arabia’s desire to project hatred onto a faith it has proclaimed ownership over.

Should you have missed the momentous act of resistance this one app represents, I would like to remind you that Saudi Arabia still forbids women to drive … that and a few other wonderful vapid social restrictions. In a region where being a religious minority often equates to a death sentence, thinking Freedom is a revolutionary act – never mind speaking tolerance, and acceptance.

With less than a fortnight to go before Arbaeen, just as millions are making their way to Karbala to remember the martyrdom of their Imam, he, who was claimed by the forefather of Terror: Yazid Ibn Mu’awiyah, Messenger 40 is preparing its grand launch.

Haidar Attouq, a member of the board of developers, who refers to himself as a Saudi citizen explained how Messenger 40 aims to reform the way Muslims think communication by fostering tolerance and peaceful exchange.

“This interactive application is the product of IT industry professionals, and efforts by young people from different Muslim countries, regardless of their nationality, race and language, to promote unity.”

If the idea is simple enough, the message behind it is powerful indeed!

“This interactive application is the product of IT industry professionals, and efforts by young people from different Muslim countries, regardless of their nationality, race, and language, to promote unity.”

#600Days of siege & genocide: Twitterstorm calls for an end to Yemen conflict
An obituary of The New York Times