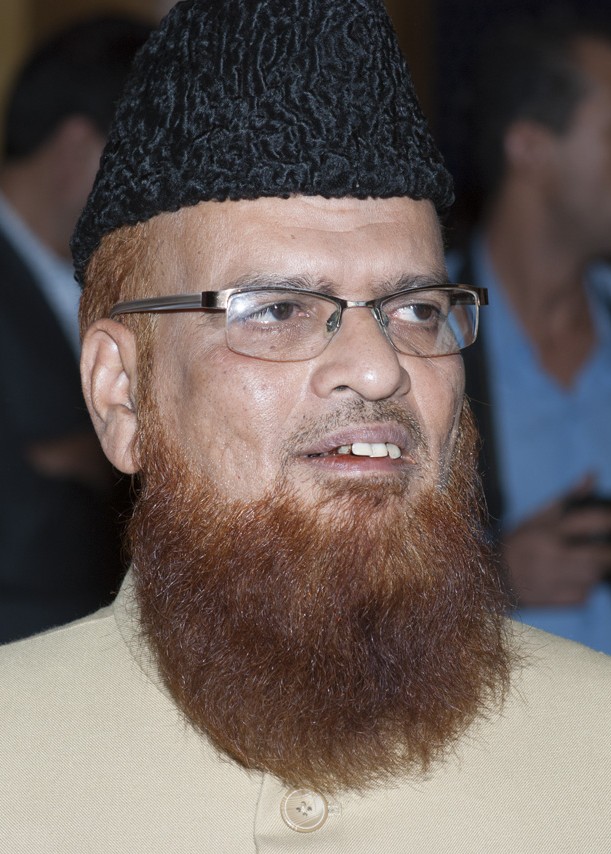 The world’s leading advocate of jihad is behind a campaign to sell ‘sharia-compliant’ house mortgages in America.

Usmani who advocates jihad and is rated as the sixth most influential Muslim in the world, heads up the Sharia Board that advises the company.

His Islamising ambitions are described openly in his book Islam and Modernism as urging jihadists to lay in wait in Western countries until they have enough people to launch ‘jihad with power’.

He wrote that jihadists should continue with jihad until the West submitted to his religion, Islam.

Regarded as ‘the world figurehead’ and ‘leading intellectual’ of the Deobandi sect, he is identified by The Muslim 500 in its 2017 edition, as the sixth most influential Muslim in the world.

The Muslim 500, an annual directory of leading figures in world Islam, is compiled by the credible Royal Islamic Strategic Studies Institute in Jordan.

Born in India, Usmani is the chairman of the ‘Shariah Supervisory Board‘ for Guidance Financial Group, an investment enterprise with offices in Geneva, Paris, Washington, Beirut, and Riyadh.

He is preceded in the Muslim 500 roster only by Ahmad Al-Tayeb, head of Al-Azhar University in Cairo; King Abdullah II of Jordan; Saudi King Salman; Ayatollah Khamenei of Iran, and King Muhammad VI of Morocco.

He appears ahead of Turkish president Recep Tayyip Erdogan, who ranks at number eight.

The Muslim 500, while acknowledging Taqi Usmani as an expert in shariah-compliant finance, describes him as ‘a figurehead of the Deobandi movement’.

Deobandism, which originated in South Asia, has captured and radicalized numerous mosques in the UK, and is associated with atrocities in Pakistan.

Taqi Usmani has produced many books on Islam and shariah, but one of the most important is titled Islam and Modernism, and was published in English in Pakistan in 1999.

In that work, Taqi Usmani argued: ‘The most important purpose of Jihad is to break this grandeur [of the non-Muslim states] so that the resulting psychological subordination [of Muslims] should come to an end and the way of accepting the Truth becomes smooth.’

He continued: ‘As long as this grandeur and domination persists the hearts of people will remain subdued and will not be fully inclined to accept the religion of Truth. Hence Jihad will continue’.

Taqi Usmani served as a Judge in the Shariat Appellate Branch of the Pakistani Supreme Court from 1982 to 2002.

He is currently the head of the International Shariah Council for the Accounting and Auditing Organization for Islamic Financial Institutions (AAOIFI), located in Bahrain.

According to Guidance Financial, he has served on shariah financial compliance boards in Saudi Arabia, Abu Dhabi, Bahrain, and Kuwait.

He is additionally a permanent member of the International Islamic Fiqh Academy, based in Jedda, Saudi Arabia.

The Academy, of which Taqi Usmani was Vice Chairman for nine years, is affiliated with the Organization for Islamic Cooperation (OIC), the main international body of Muslim-majority countries, and some with substantial Muslim minorities, second only, it claims, to the UN.

They operated through a subsidiary, Madison Marquette, that owns commercial properties across the US, from New York to California,

The expansion of Guidance Financial Group, under the religious authority of Muhammad Taqi Usmani, is controversial, says Dr Irfan al-Alawi, International Director at the Centre for Islamic Pluralism.

‘Preaching jihad as Taqi Usmani does so volubly, with such a broad field of action, cannot but drive impressionable young Muslims to further acts of violence.

‘The effect of such agitation, and its brutal consequences, have caused considerable harm to Islam, which is now viewed with suspicion by non-Muslims.’