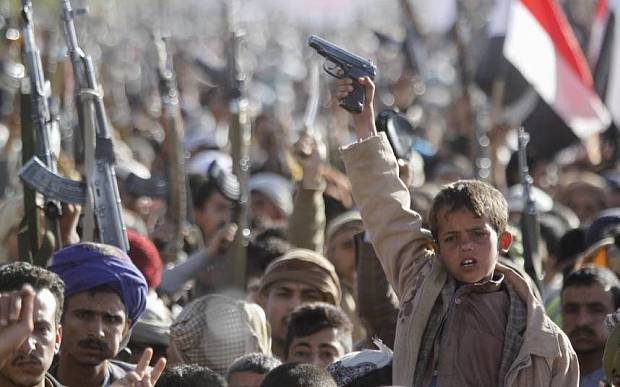 The Saudi-Houthi conflict took a dangerous turn as reports emerged on Friday that the Yemeni rebel group had fired a missile deep inside the kingdom. Accounts of the missile’s intended target vary: the Saudis insist the attack was aimed at the holy city of Makkah, while the Houthis say it was targeted at Jeddah’s airport, some distance from Islam’s holiest site. The way the incident is being spun risks recasting the Yemeni conflict in overtly sectarian terms, much like the Syrian civil war is portrayed. The Saudis and most of their Gulf allies have seized the opportunity to question the faith and motives of the Zaydi Shia Houthis, and their alleged Iranian backers. The Houthis dismiss this as “political nonsense” and say they had no intention of targeting Makkah. It is, of course, difficult to believe that any Muslim group — regardless of the animosity it may bear towards Saudi Arabia — would consciously target Makkah, simply because of the revulsion such an act would cause across the Muslim world. The Yemeni rebels have, indeed, in response to Saudi military intervention, conducted cross-border attacks, including a salvo earlier this month targeting a Saudi base in Taif. But there is little evidence to support the thesis that they have purposefully targeted the holy cities in Hejaz.

While the missile attack is condemnable, the Houthi strike should not be used as an excuse by the Saudi-led coalition to escalate the war effort in Yemen. As it is, this impoverished Arab state has been battered by relentless conflict, especially since the Saudis intervened last year. The UN estimates that over two million people in Yemen require humanitarian assistance, while the threat of famine looms large. The number of civilians killed has been disturbingly high; on Oct 8 the coalition was accused of bombing a funeral in Sanaa, in which over 140 people were killed and hundreds more injured. The air strike caused an international outcry. If the Saudi coalition continues to pound Yemen, more extreme reactions from the Houthis — such as the missile strike — are possible. If the situation escalates, a wider regional conflagration with ugly sectarian overtones may result. That is why the international community — particularly regional and Muslim states — should intervene to bring the fruitless and bloody Yemeni conflict to a close. The rebels and the government should be persuaded to cease hostilities, negotiate a way out of the impasse and share power.