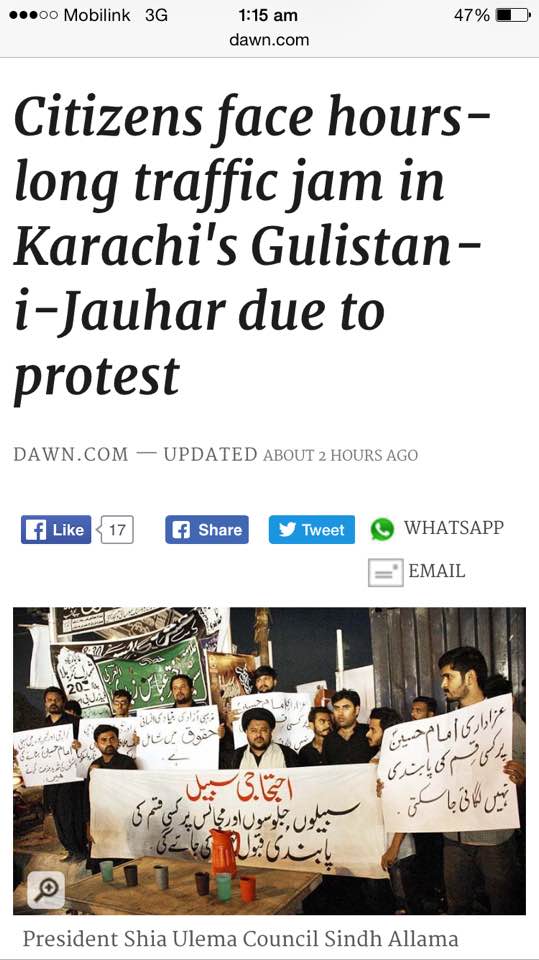 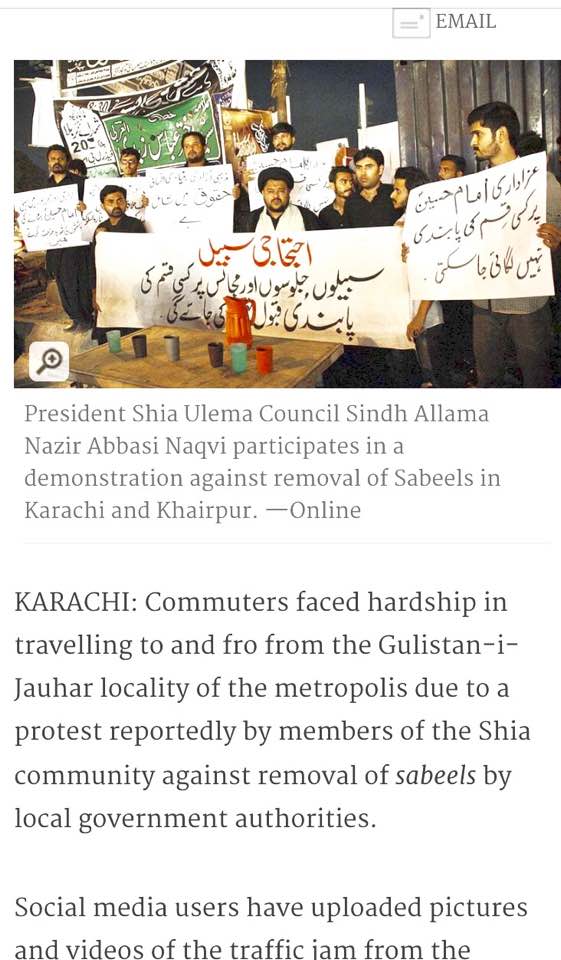 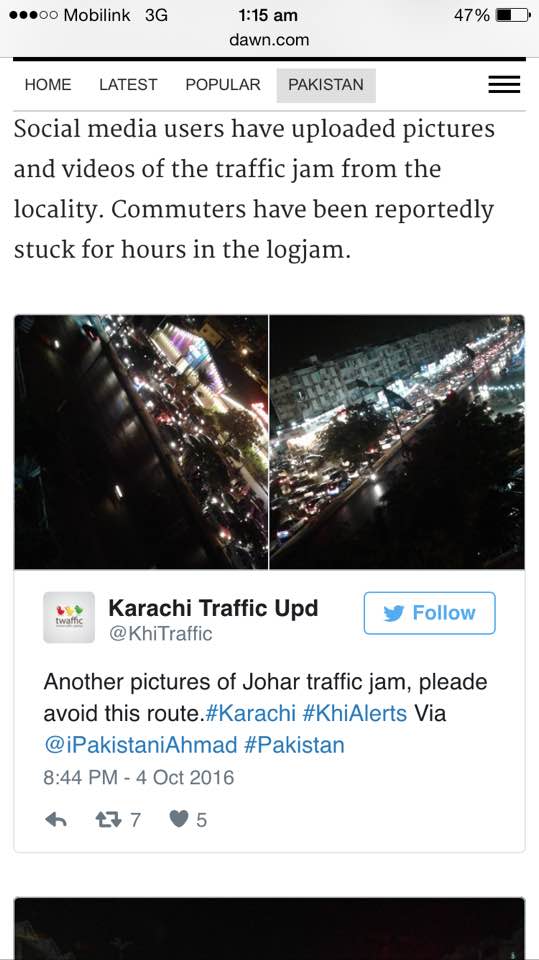 While banned, ISIS-affiliated Deobandi terrorist organisations are allowed to roam freely and incite further hatred, Sabeels were ransacked by the Rangers in Karachi. Apparently, the same banned organisations could not bear to see a humane service of providing free water to the mourners of the Holy Prophet’s family.

In keeping with the low traditions of Pakistan’s biased and bigoted media, DAWN chose to focus on the traffic jam that resulted in the ensuing protests. it must be noted that DAWN and other media have said little to nothing about similar protests by banned Deobandi terrorists outfits that also lead to traffic jams I’m Karachi.

Unlike those who had set up Sabeels to provide free water and sherbets to thirsty mourners, banned outfits brandish guns and hate speech inciting genocide.

These are the pathetic double standards of Pakistan’s “independent media” that has been overrun by Taliban sympathisers.

While these protests were going on, four Shia women were singled out from 32 other passengers on a bus in Quetta. They were then executed by Deobandi terrorists of Sipah Sahaba/ASWJ. This is the same Quetta where the chief of ASWJ, Ramzan Mengal roams freely – unchallenged by either the Army, the PML N government and their hollow NAP!

The day had not ended when two Pashtun Shias were gunned down in Hassanabdal.

Meanwhile, Pakistan’s commercial liberals mostly ignored these events. Some of them were too busy wishing “Happy New Years” Some others went along with ASWJ’s falsehood of misappropriating death anniversaries to deliberately set up clashes with the Sunni, Shia and Hindu mourners of Imam Hussain and the Holy Prophet’s family at Karbala.

The depravity and insensitivity by a biased media knows no depths and that is why the Pro Taliban sympathisers in the media who produced this atrocious report share responsibility in today’s carnage. With it comes to obfuscating #ShiaGenocide there no difference between the right wing Urdu media and pseudo liberal English media elites. Both are well versed in the Jamaat e Islami practice of “blaming the victim”. They want Shias, Sunnis and Christians to confine themselves within four walls while their beloved Takfiri Deobandi terrorists roam free spewing hatred publicly.

The Jibran Nasirs and Asma Jehangirs will never come out with an unqualified support for Shias under attack. They will issue some pathetic and vague tokens and then participate in the obfuscation.

Yemen, on the brink of famine as 370,000 children may be starving
ساری کے نام