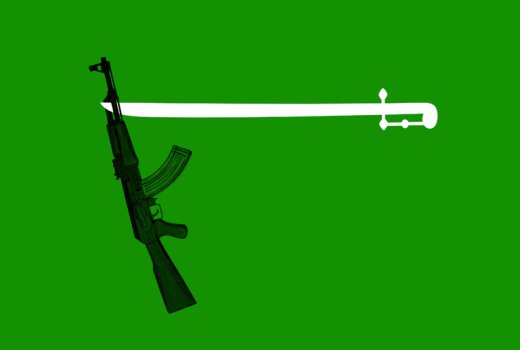 Another defeat to powerful Saudi lobby in United States of America and this is time to mourn for Al-Saud and their sympathizer American President Barack Obama spending his last days in White House but making fatal mistakes one after one.

Lobbyists of Al-Saud failed despite eating millions of petro-dollars. US Congress and Senate both voted against Obama’s veto of legislation allowing families of terrorist victims to sue Saudi Arabia.

US Congress, first the Senate and then the House, humiliated the president and slapped on face of Al-Saud (Al-Saud were spending millions dollars to stop this) when it voted on Wednesday to override Obama for the first time in his eight-year tenure, as the House rejected a veto of legislation allowing families of terrorist victims to sue Saudi Arabia. The House easily cleared the two-thirds threshold with a 348-77 vote to push back against the veto. The Senate voted 97-1 in favor of the override earlier in the day, with only Democratic Leader Harry Reid voting to sustain the president’s veto.

“We can no longer allow those who injure and kill Americans to hide behind legal loopholes denying justice to the victims of terror,” said House Judiciary Committee Chairman Bob Goodlatte (R-Va.).

“I would venture to say that this is the single most embarrassing thing that the United States Senate has done possibly since 1983,” press secretary Josh Earnest told reporters aboard Air Force One, an apparent reference to a 95-0 vote to override President Ronald Reagan that year.

I says that this is the single most happiest and brave thing that the US Senate and Congress have done against Saudi Arabia and its dollar eater lobbyists.

Now it is clear that Al-Saud and Saudi Arabia itself did not remain holy cow in United States of America and Honeymoon period has been ended.

The override was widely expected in both chambers, with lawmakers from both sides of the aisle characterizing it as an act of justice for the victims of the Sept. 11 attacks.

This development demonstrates that now Al-Saud cannot buy majority to stop any legislation against its non-stoppable sponsoring terrorism and most exclusionist ideology Wahhabism.

American President, Barack Obama who is spending his last days in White House made a blunder while vetoed legislation against Saudi Arabia and clear is that he did this under pressure of Saudi Arabia and its lobbyists firms active much in US. But this proved fatal mistake.

Lawmakers don’t want to be seen as soft on punishing terrorist sponsors a few weeks before the election, at a time when voters are increasingly worried about radical Islamic terrorism in the wake of recent attacks in Manhattan, Minnesota and Orlando, Fla. Oddly enough, Obama had no problem with those particular optics.

The House will take up the matter later on Wednesday, and Speaker Paul Ryan told reporters last week that he expects there be to enough votes for an override.

As a reminder, the legislation, sponsored by Senate Republican Whip John Cornyn (Texas) and Sen. Chuck Schumer (D-N.Y.), the third-ranking member of the Democratic leadership, would create an exception in the Foreign Sovereign Immunities Act to allow the victims of terrorism to sue foreign sponsors of attacks on U.S. soil.

It was crafted primarily at the urging of the families of victims of the Sept. 11, 2001, attacks who want to sue Saudi Arabian officials found to have links with the hijackers who flew planes into the World Trade Center and Pentagon. It passed the Senate and House unanimously in May and September, respectively, but without roll-call votes.

“This is pretty much close to a miraculous occurrence because Democrats and Republicans, senators [and] House members have all agreed [on] the Justice Against Sponsors of Terrorism Act (JASTA), which give the victims of a terrorist attack on our won soil an opportunity to seek the justice they deserve,” Cornyn said on the Senate floor before the vote.

I congratulate all members of US Congress and Senate who voted against veto and hope that American legislators will soon bring such legislation which will banned all those institutions and so called Islamic Centers are being run by Saudi funding and Wahhabist Ideology is being taught there to radicalize Muslim youth residing in US.

American legislators should remember that global terrorism and arising of so called Jihadist radicalization in West is bi-product of Wahhabism and its Junior partner Deobandism sponsored and funded by Al-Saud and without stopping this global terrorism cannot be wiped out and this requires legislation more against those centers who are spreading this ideology.