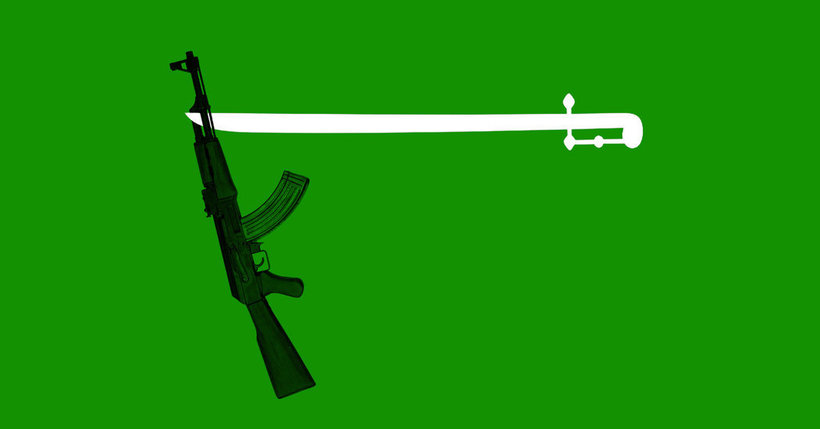 On the 13th of September, Iran’s Minister of Foreign Affairs Mohammad Javad Zarif penned an Op-Ed in the New York Times, titled, “Let Us Rid the World of Wahhabism.” Reactions to his piece have been mixed. While many support his argument, others prefer to point out a double standard by pointing to Iran’s role in Syria. Here is my problem with the latter approach: focusing on Iran’s role in Syria does not address the regional and global problem that is Wahhabism; it does not examine the ideology & its threats. We need to stop looking at Wahhabism through the restrictive “Iran v. Saudi Arabia” framework and examine Wahhabism for the ideology that it is.

Wahhabism is an ideology that tells women they’re intellectually challenged and morons. In South East Asia it is called Deobandism and the rest of the world Salfism. It tells women that they can’t drive, or they’d lose their virginity (I am yet to understand the “reasoning” behind that ridiculously overreaching claim). Wahhabism reduces women to sexual objects, and tends to blame rape victims for what happens to them. There are thousands of abused women due this Wahhabist ideology. These women’s husbands are taught that they deserve no empathy, no respect, and no equal treatment to the rest of society. As a woman, and especially as a Muslim one, I take offense with that. Islam was revolutionary in terms of women’s rights. Since the early days of Islam, women have been their own persons; they were never a man’s property. Instead, they owned property, as did Prophet Muhammad’s first wife, Khadija, who also was his employer and the one who “popped the question” (not him – how about that?). When Islam came along, it instantly banned the ancient tradition of female infanticide. Wahhabism, as a whole, undoes Prophet Muhammad’s feminist revolution and fundamental reforms.

It is worth noting that Wahhabism not only tells women that they are sub-human, but that non-Arabs are especially sub-human. Wahhabism prevents Arab women from mingling with Arab men lest they “fall in sin”, yet they can be left alone with their male South-Asian drivers. This double standard is based on a racist idea that South-Asian men are not “men” & no Arab woman would be attracted to them and fall in sin.

Wahhabism is an ideology that is openly takfiri. It takes the liberty of determining who is Muslim and who isn’t. Wahhabism’s favourite apostates are Shi’a, whose murder is openly pushed in sermons, speeches, and the like. It was only last week that Saudi Arabia’s top cleric referred to Iranian leaders, people, and Shi’a in general, as non-Muslims. He also referred to them as descendants of Zoroastrians. Ironically, natives of Saudi Arabia would be descendants of Arab pagans, while Zoroastrians were monotheistic.

I should point out another example of racism in Wahhabism. By referring to all Shi’a as Zoroastrians and Persians, Wahhabists deny Arab and Shi’a of other backgrounds (be they South Asian, African, European, Indonesian, First Nations, etc) their ethnic and national identities. It conflates them all with one nationality; one ethnicity; and one sense of loyalty – to the Republic of Iran. By doing so, Wahhabists have been successful in pitting Arab racists against Iraqi, Bahraini, Lebanese, and other Shi’a Arabs who have long, rich histories of strong patriotism and loyalty to their countries, especially during colonial rule. Arab racists who adhere to Wahhabism use the term “majoos” or “Zoroastrian” as an insult, because they view Iranians as lesser beings.

In addition to being racist, misogynistic, and sectarian against Shi’a, Wahhabism is also hateful in general. In public sermons, Wahhabist clerics have been documented (in both audio & video) as they cursed Shi’a, Christians, and Jews. Shi’a receive the greatest hate. One should point out that as Wahhabists see Shi’a Muslims as non-Muslims, they cannot back their hate for Christians and Jews with Quranic support, because the Quran clearly specifies Christians, Mandeans, and Jews as “people of the book”; monotheists who share the same core principles of faith.

It is worth noting that throughout his life, Prophet Muhammad explicitly fought racism. He actively purchased and emancipated an Eastern-African slave, Bilal (dubbed al-Habashi), and elevated him socially by appointing him as the mu’etthin; the one who calls for prayers five times a day. In another notable context, Prophet Muhammad noticed some of his Arab companions bully a Persian with the name of Salman (dubbed al-Farisi). In a categorical rejection of racism, Muhammad said, “Salman is family to me”, elevating him to a brother’s status.

Aside from fighting racism, Prophet Muhammad ratified the Medina Constitution upon his migration there. This Constitution drawn by him ensured the equal rights of all of Medina’s inhabitants – Muslim, Christian, or otherwise. All were protected equally by the law and in the eyes of God.

To recap: Wahhabism is racist, misogynistic, sectarian, and hateful. Let’s stop pretending that it isn’t.

Let’s especially stop pretending that it isn’t, for the sake of defending Islam’s true image in a world that is becoming increasingly Islamophobic. It is Islam that the world has come to hate (and it truly pains me to the bone that this is the case) instead of the real ideology behind the violent attacks taking place worldwide. Wahhabism spares no one. It is Muslims living in the West – especially women – who bear the brunt of Wahhabism’s crimes elsewhere. Muslim women in hijab are attacked across Europe and North America when a Wahhabist thug commits a crime on another continent. I’m sick and tired of that. I’m fairly certain millions of other Muslims feel the same, especially the Muslim woman recently set on fire in New York, or the pregnant Muslim woman who lost her child in an Islamophobic attack in the U.K.

Facts speak loud, and so does history. Wahhabism arose with the sword and continues to function with weapons/violence.

I do not care to get involved in Iran-Saudi politics. I truly don’t. I’m Iraqi; neither Iranian nor Saudi. I speak as a Shi’i who has lost several family members to Wahhabism, which is the favoured ideology for several terrorist organizations throughout history – the Taliban, Al-Qaeda, ISIS, and Boko Haram. Yes, there is a blatant pattern of violence.

It is because of Wahhabism that my favourite uncle is no longer around; that he was taken off a bus in the middle of the Syria-Iraq highway and executed by al-Qaeda for his Shi’a identity.

It is because of Wahhabism that my cousin was stabbed 14 times to death in her own home. She absolutely adored the French language, and hoped to travel to Paris someday. Ironically, France would not have welcomed her today, thanks to Wahhabism’s global, criminal reach.

It is because of Wahhabism that her 5-year-old daughter who came to her rescue was stabbed and murdered as well.

It is because of Wahhabism that her then 2-year-old child remains traumatized till this day, and does not know a mother’s love.

There are thousands of similar cases across Iraq, Syria, Pakistan, Nigeria, and many other countries because of Saudi Arabia’s well-documented funding of Wahhabist schools and programs. This expansionist policy began far before Khomeini came along in his Islamic revolution or the rise of the Wilayat al-Faqih governance in Iran. Wahhabism has been a regional and global threat for far longer than many care to admit. Any attempt to view Wahhabism through the “Iran v. Saudi Arabia” framework would only serve the Wahhabist threat; giving it excuses and justifications to continue its expansion.

My uncle’s body was never found. He has not been given a proper burial, and my family has not achieved closure. We hope to find him in a mass grave someday.

Recently, 72 mass graves have been discovered throughout Syria and Iraq holding 15,000 bodies – all victims of ISIS. We’re talking FIFTEEN THOUSAND HUMAN BEINGS. That is FIVE TIMES more than those killed in the September 11 attacks, whose anniversary was recently commemorated. There has been barely enough media coverage of the mass graves’ discovery. These people, who leave behind family, friends, and loved ones, are victims of Wahhabism. Please give them a moment of silence and pressure your government to end its support (using your tax money) for Saudi Arabia’s global Wahhabism project.