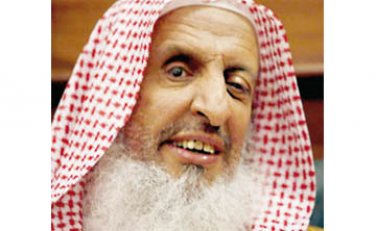 One is dismayed but not surprised by the Takfiri statement made by the Saudi head cleric. On the auspicious occasion of Hajj, the Saudi head cleric typically declared that “Iranians are not Muslims” – a tactic of apostasy that is mostly used by Salafi and Deobandi terrorist groups to justify genocide. By its divisive actions and continued patronage of hateful and violent ideologues and terrorist groups, the Kingdom of Saudi Arabia has exposed itself to global citizens of conscience.

In doing so, Saudi Arabia has also contradicted its own propaganda that Iran does not grant full rights to its Sunni minority’s. Saudi propaganda that there are no Sunni mosques (contradicted by recent documentaries) becomes meaningless if they consider Iranian Sunni and Shia Muslims as outside their view of (Salafi-Wahhabi) Islam.

While such ignorance and hatred might not be a concern for the Saudi Salafi establishment, it is a matter of deep concern for the billion plus human beings who subscribe to Sunni Islam. Several Sunni Imams and scholars of Hadith and Fiqh are Iranian. Imam Bukhari and Imam Abu Dawood are compilers of two of the six (Sahih) books of Hadith for Sunni Muslims. Imam Hakim Nishapuri, author of Mustadrak and Imam Ghazali are also Iranians. Similarly, for Sufi muslims, Rumi, Hafiz and Shiraz are also all Iranian.

Iran must not react emotionally to this bigotry and provocation. It must adhere to the higher moral standard of the Holy Prophet and Imam Ali instead of the violent tactics of those like Khalid Bin Walid; whose acts were declared as criminal by the Holy Prophet and the Second caliph Hazrat Umar.

In that regard, we welcome the measured statement by Iranian Foreign Minister JavedZarif. The difference between Saudi hate speech and Iranian response is a clear indicator of who stands where on Yemen, Iraq and Syria. After all, is it not the Saudis who are conducting a criminal bombing campaign against kids in Yemen as well as patronizing Salafi-Wahhabi terrorist groups in Iraq and Syria.

Why then are we surprised if the Saudis just declared Sunni, Sufi and Shia Muslims outside the pale of (Salafi-Wahhabi) Islam and incited further violence on over 1 billion Muslims worldwide!