1. Malik Ishaq’s death is sad because he was killed “extra-judicially”

Both positions are not only dishonest, they are laughable and indefensible. Lets start with 2.

Those who want to give credit to the police and Pro ASWJ-PML N government are the same people who make the claim that even a leaf does not move in Pakistan without the army’s approval.

So how did 14 of the most dangerous ISIS-affiliated Deobandi terrorists get killed without the approval of the same All-powerful army??

If the current army chief General Raheel Sharif has been leading a growing campaign against the Takfiri Deobandi terrorist menace; should he not be given credit for cleaning the mess created by former COAS, General Zia and General Kiyani – a mess that has hurt both the army and the country. A mess that is finally being tackled by General Raheel Sharif.

An Uncle Tom Shia collaborator blog would have you think otherwise. They can take these nonsensical positions where they would rather credit the same PML N government that has been the biggest supporter of ASWJ-LeJ for decades!!!

These are the same Uncle Tom Shia collaborators and Selfie opportunists who would sell the cause to please and flatter the Ashrafi-Kiyani-Beena lobby.

They would rather stand with the same Tahir Ashrafi who facilitated the very release of Malik Ishaq in 2009-10! Today, these Uncle Tom Shia collaborators are praising the police. Some days back, they were bashing General Raheel. In their recent post on Malik Ishaq, they have completely excluded any mention of Malik Ishaq’s close friend and facilitator, Tahir Ashrafi.

To them we say:

It is your heros like the former corrupt Chief Justice Iftikhar Chaudhary and his PCO courts that went out of their way to exonerate Malik Ishaq – even as he boasted about his past acts and present and future intentions of mass murdering Shias!

It is your sponsors like Saudi stooge “anti establishment” PM Nawaz Sharif and his corrupt regime that is the biggest supportors of ASWJ.

So please come out openly and say that you are sad that Malik Ishaq is dead instead of deflecting with technicalities. You often mock our Azadari – well today you are doing the matam for an ISIS-affiliated Takfiri Deobandi terrorist Malik Ishaq.

Shame on you and your flatterers. 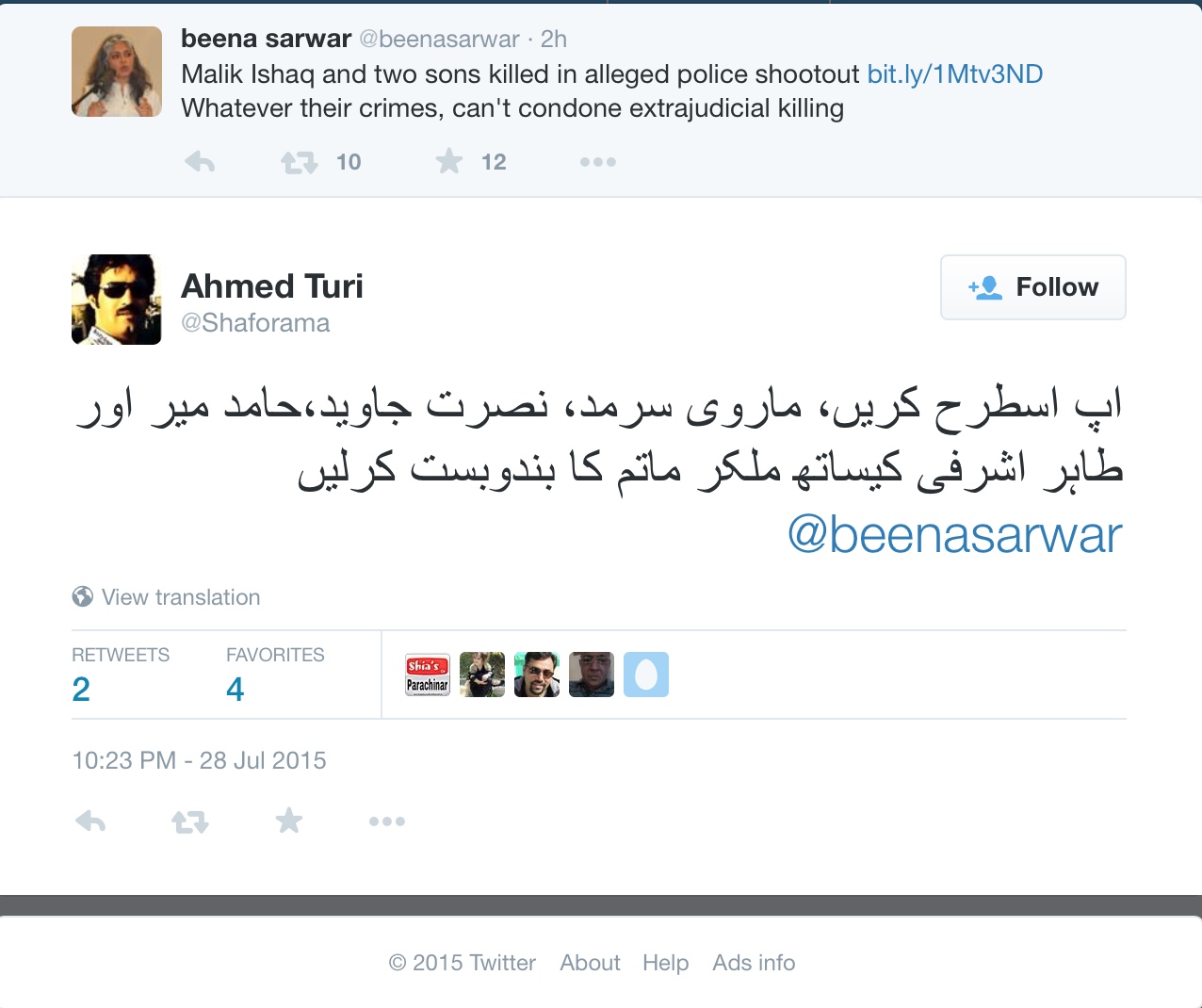 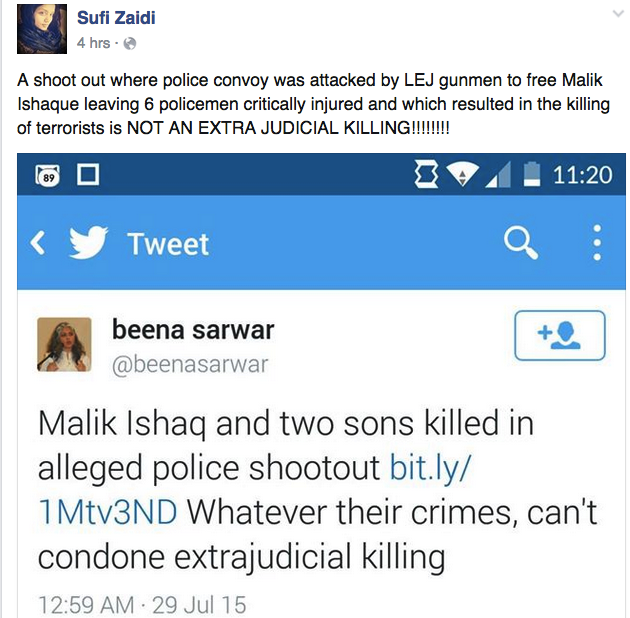 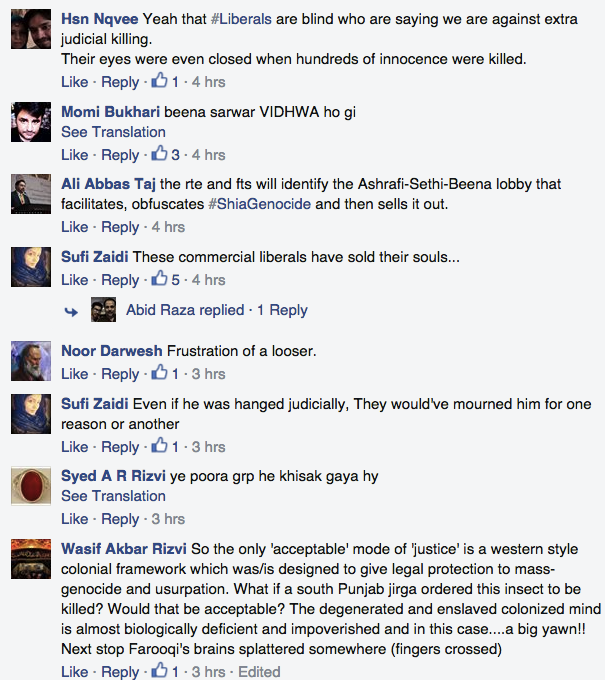 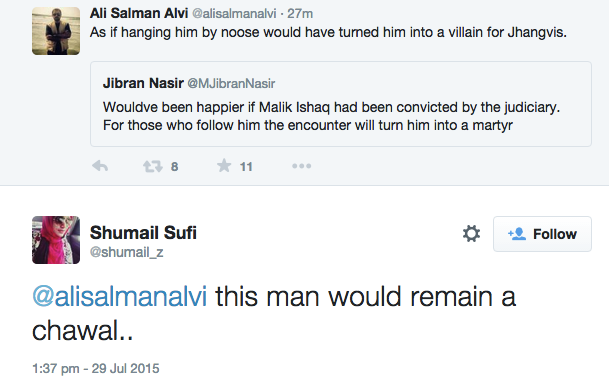 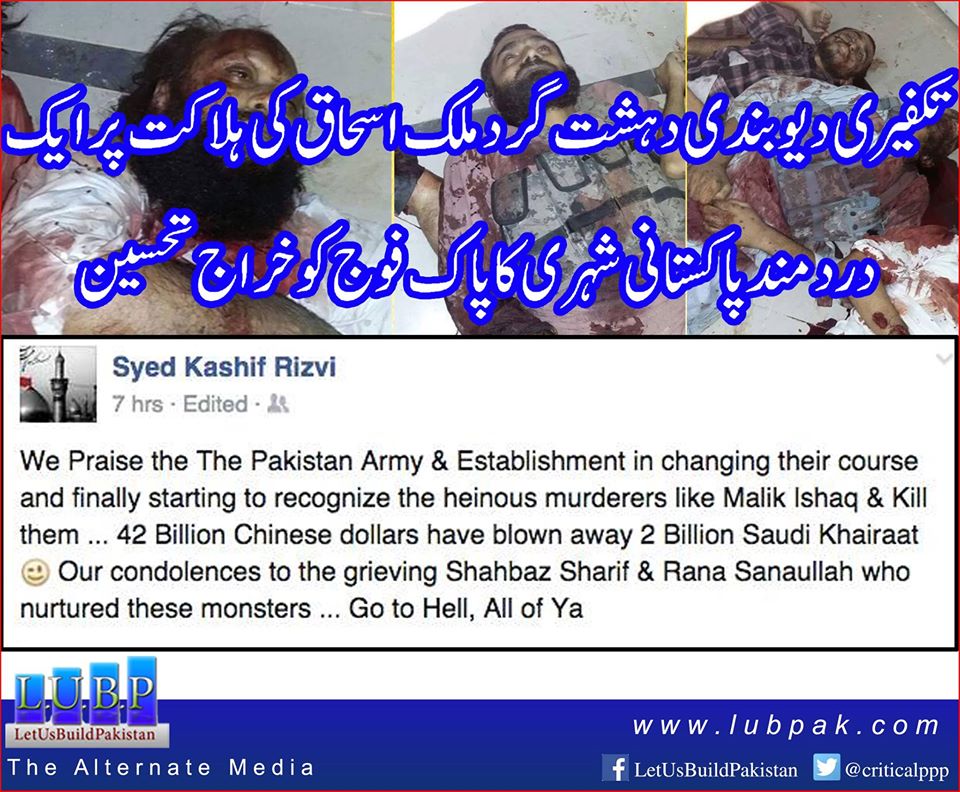 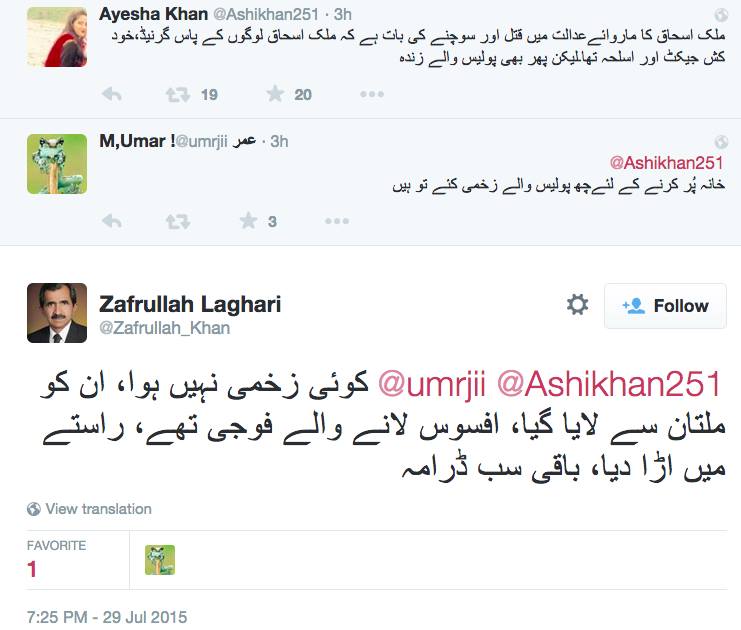 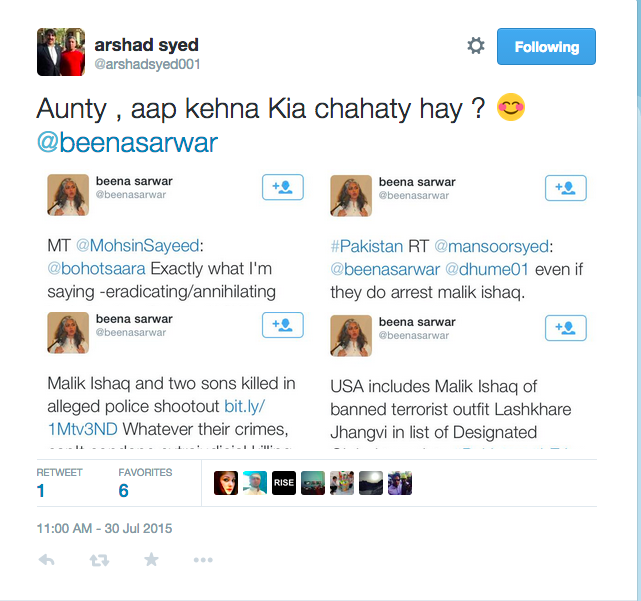