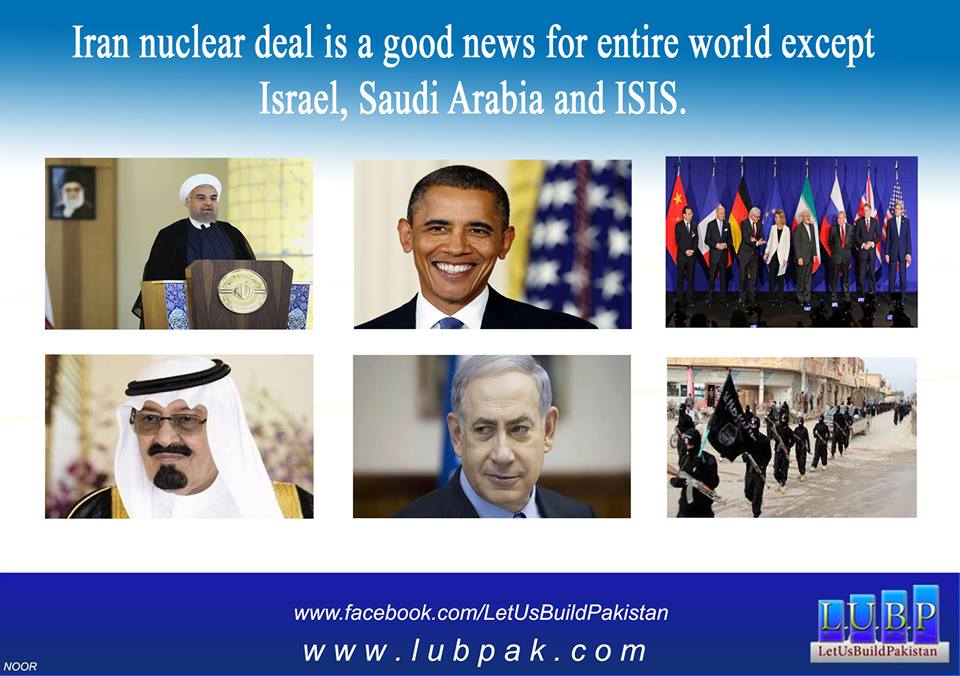 While the entire world is celeberating the historic peace deal, forces of darkness, oppression and violence are back to their dirty tactics.

The Saudi-Israel-ISIS lobby and its proxies in media, politics and terror outfits have been activated to cultivate mistrust and misinformation about the historical nuclear deal among Iran and the P5+1.

The Iran nuclear deal is a rare and welcome opportunity to develop a lasting and durable peace in the Middle East based on non-violence, tolerance, transparency and equality. The deal will bring Muslims and West together and bridge the artificial and real divide between the Middle East and the West.

Saudi Arabia is worried that the deal will spoil its global project of funding, arming and sponsoring the transnational Salafi-Wahhabi and Deobandi militants in Libya, Syria, Iraq, Pakistan, Yemen and elsewhere.

Israel is worried that the deal will provide an opportunity to the world to focus on its illegal occupation and settlements in Palestine and Jerusalem.

ISIS and its transnational affiliates eg ASWJ, Al-Qaeda, Al-Shabab etc are worried that Sunni, Sufi and Shia Muslims along with Christians and other communities will unite against the barbaric actions and violent ideologies of Wahhabism and Deobandism across the world.

We call upon all peace loving citizens and activists in mainstream and social media to support the Iran peace deal and also confront any misinformation and mistrust being cultivated by the Israel-Saudi-ISIS lobby.