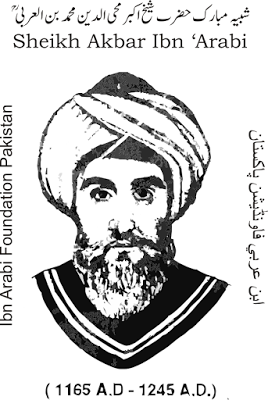 Sufism grew histroically as reaction against the rigid literal legalism of the orthodox religious leadership and as a counterweight to the growing worldliness of expanding Muslim empire as Bhaktism arose in Hindus against Brahminism.

There was an alliance between literal legalism of orthodox religious leadership and Muslim emperors and Muslim rulers paved way for establishment of Mullahism in Muslim societies .Unnecessary imposition of literal legalism from the orthodox religious leadership and patronage of this literal legalism from Muslim rulers helped in arising of more extremist and more rigid forms of literal legalism like rigid Hunbilies from followers of Aḥmad bin Muḥammad bin Ḥanbal Abū ʿAbd Allāh al-Shaybānī (780–855 CE / 164–241 AH),one of four traditional great jurists and ideologues four traditions of Islamic Fiqh.And from extremist extremist Hanabilah ,Neo-Kharjite arose and Taqî ad-Dîn Aḥmad ibn Taymiyyah (Arabic: تقي الدين أحمد ابن تيمية) known as Ibn Taymiyyah (22 January 1263 – 26 September 1328) was founder of this most rigid literal legalism of orthodox form of religion in Muslim society which developed later in form of Wahhabism under leadership of Muhammad bin Abdulwahhab from Najad.

In southern Asia particularly in Indian subcontinent Shah Ismail Dehlvi (AD 1779 -AD 1831) and Syed Ahmad Shah (AD 1786 -AD 1831) were those two persons who twisted tradition of literal legalism in favour of their own form of Wahhabism and Neo-Kharjite and their ideology and so called Jihad movement paved way for establishment of Deobandism in Indian subcontinent which was following more literal and more rigid form of Hanafi legalism rather had more near to Wahhabism of Arab pensuila.

Deobandism not only in Indian subcontinent including Pakistan , India and Bangladesh but in Afghanistan , Centeral Asia played its role in twisting traditional hanafi legalism toward more literalism and more rigidity and helped in dissemination of Wahhabi Ideas in those areas. So called Jihadism , Terrorism , Wahhabization , literalism , rigid form of orthodox legalism and monolithic ideas are natural fruits of alliance between Wahhabism and Deobandism in Indian Subcontinent , Afghanistan , centeral Asia but also in Far East , North Afriqa also.

Many Deobandi orthodox organizations turned toward Neo-Kharjite and Neo-Wahhabism and Ideologues of these Deobandi organizations established very strong Takfiri tradition in Deobandi tendency and now this strong Deobandi Takfiri tendency is running mor murderous and more dreadful campaign against different religious communities including Shia , Sufi Sunnis ,Ahmadis ,Ismailis , Christians , Hindus and others with help and cooperation of Neo-Takfiri and Kharijite Wahhabi organizations like Al-Qaeda and Daa’esh in Indian subcontinent . Neo-Deobandism if we call it is serious challenge for diverse and hundereds years old Hind-Islamic civilization and culture which developed in Indian subcontinent with passage of time and Sufism from Muslim side and Bakhti movements from Hindus and Sikh sides played cruicial role in developing this civilization.

Neo -Deobandism turned Hanafi legalism and Maturidia wa Ashari theological traditions toward more unilateralism and pushes those more close to Wahhabism. Process of Deobandization in Muslim population of Indian subcontinent including India , Pakistan and Bangladesh even forced Sunni barelavi tradition to adopt some strict and rather light literal legalism and pushed them also more close toward rigid legalism and now in them there are such so called Sufi hanafi Sunnis which follow such tendency in the name of Sufism which believes in monolithic legal tradition and have sectarian germs which are against diverse and anti monolithic Sufi tradition.

Intensive process of Deobandization and Wahhabization has created reaction in Hindu community in India which directly supported Hindvata or Hindu-Fascism ,which is also a great challenge for diverse and peaceful Hind-Muslim civilization . We think that Sufism and Bhaktism in Muslim and Hindu , Sikh communities can counter Neo-Deobandism , New Wahhabism and Neo Hindvata or Hindu-Fascism.

The Vedic tradition which we call Hinduism in modern terminology , believes in ultimate authority of Vedas . The Vedas , which are primary testimony in matters related to religion and Philosophy in Hindustan , are considered Shurti i.e . Revealed by God himself . Upanishads are a part of Vedas and the Purans , Itihasas , Shastras and Bhagwad Gita are considered as Smirity .

Before advent of Islam in Indian subcontinent there were non-Vedic school of thoughts such as Budhism and Jainism as old as Vedic traditions .These traditions did not believe in the ultimate authority of Vedas , rather they opposed it. Sufi movement emerged during the early medieval times in India with interaction of the Islamic culture with Hindu culture , due to invasion of Timur , the Sufi became free from control of the Muslim orthodoxy and consoted with Hindu Saint , who influenced them to an amazing extent.

The Sufi adopted Monism and wifely devotion from Vaishnava Vandantic school . By the time , the popularity of the Vedantic pantheism among the sufis had reached its zenith.There were different trend in Sufi Movement , some were religious and social , some were linked to rulers and more engaged in promotion of Islam . Establishment of Sultanate led to introduction of new cultural and social practices in India .

As these were different from Hindu customs , it was natural that differences might create social disharmony.Sufism bridged this gap.Sufi movement in Indian subcontinent in fact stood against this disharmony and it tried to bridge gap between different religious communities and promoted peace among them.It elaborated more mystical dimensions of Islamic thoughts and aimed at its peaceful promotion.

Sufi movement in Indian subcontinent introduced Ibn- Arabi (1165 AD -1240 AD) and its gospel of humanity -Nazriya Wahdat – Ul – Wajood Inclusive monotheistic doctrines of Sufism and its concept of equality was a great attraction to sections of people who had faced case exploitation under Hinduism.Sufi Movement in Indian subcontinent on one side rejected rigidity and literal legalism of Mullahcracy and on other side it embraced the poor , helpless , injured and insulted , the sick and gave them a new fellowship, a new confidence , a new lease of life.