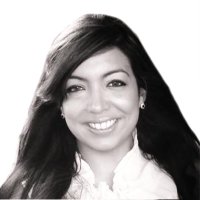 Mohammed Abdullah Saleem, who faces new criminal charges of sexual assault, tried to ban Zainab Khan from burying her father. Now, she tells her courageous story of standing up to one of Chicago’s most powerful imams.

The decision by courageous women in Kabul, Afghanistan, to defy the orders of mullahs and carry the coffin of a young woman, Farkhunda—slain for the false accusation of burning the Quran— took me to a dramatic moment last spring when I faced off against an imam, not in some faraway city in our Muslim world, but in our own backyard, right here in the United States, in the Chicago suburb of Elgin, Ill.

My confrontation with the imam was about something much more ordinary, but also deeply personal, and my experience reveals the challenges women face in standing up to Muslim clerical leaders—as women do in most faiths, but particularly in ours, stuck as it is religious hierarchies that are the exclusive domain of men.

On May 29, 2014, my beloved father, Jehan Zeb Khan, passed away from prolonged sickness. I was heartbroken. Born in Afghanistan, my father came to the U.S. in the 1950s, knowing that he wouldn’t have the same chances for success had he remained in Afghanistan. He wanted his family to have the life and dignity which he foresaw that he would be stripped of, had he chosen to live there.

When my father died, I felt my world crumble. Little could I know how an imam in my local mosque would make my grieving even more painful. My experience is a window into the deeper issues of abuse of power, misogyny and corruption among religious leaders in too many of our Muslim communities, including in the U.S.

The importance of a male religious figure in the Muslim community has resulted in a passive hesitancy in reporting abuses and inequalities.

I wanted to ensure that my father received traditional Islamic funeral processions. I didn’t realize the monumental challenge I faced, as I soon realized that I was left to fight for the right to participate in his burial. With three daughters, my father didn’t leave any male heirs. For women such as myself, unmarried with no brothers and no sons, the chances of equal participation in something such as a burial required me to be dependent upon a male. My values of empowerment and independence, something my father vehemently instilled in me, were left to be compromised.

The identity of an American-born Muslim such as myself is challenging, as we are either encouraged to obey faulty leadership, be socially ostracized, or choose to drop out of the community completely. In the cases of many Islamic institutions, American Muslims of my generation are challenged to conform to a radical agenda that do not reflect our values. Many young Muslims, including friends of mine, choose to keep their heads down. They do not want to embarrass their families or cause problems for relatives back in the Muslim world. Others, including several of my relatives, are so disgusted that they have turned their backs on the Muslim community altogether. They no longer want to be called Muslims.

To bury my father, I had to get permission from one man: Saleem, an imam at the Masjidul Islam, Institute of Islamic Education in Elgin. This was a community mosque my family associated with since its inception.

I wanted to honor my father with a traditional Muslim funeral, but Saleem quickly declared that my two sisters and I could not attend our father’s funeral. He told us, we would have to wait downstairs in the mosque during the service and stand across the street from the cemetery as our father’s body would be interred. The imam sought to deny us the basic right to say goodbye to our father in person.
The reason: We are female.

The imam’s decree created a moral dilemma. Should we submit to the values of a bigoted male leader just because of his position of authority? Our father was so close to us—and I had spent the last year nursing him through his illness. The last thing he would have wanted, or we wanted, was for us to be apart at the very end. He had raised us to stand up for what we believed in, to do what is right and to not let others hold us back.

This left me with only one choice, which was to rebel against the norms and take a stand for something which, if I didn’t, I knew would haunt me for the rest of my life. The imam finally relented. Ultimately, it was my two sisters and I who took the stance to bury my beloved father. I remembered looking across as I lay the handful of soil on his grave, catching sight of my mother, who chose to stand with the remaining congregation of women on the other side of the cemetery. It was more than a road that divided us: it was a generational difference in attitudes towards submission. 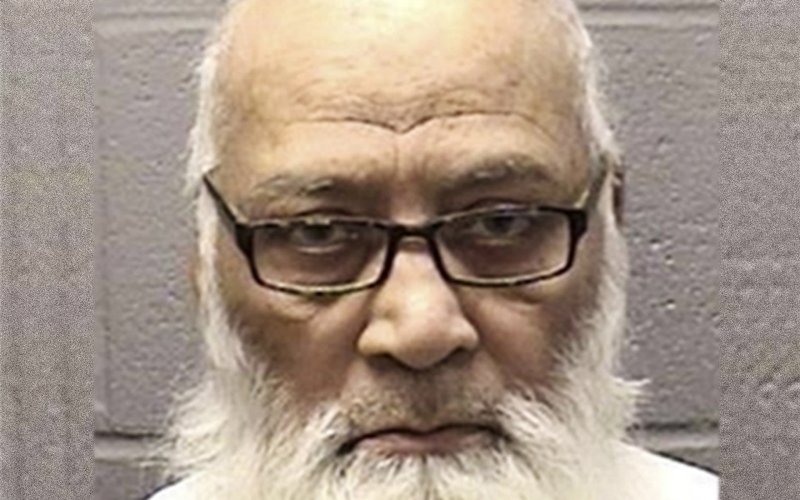 Religious figures such as Saleem have kept a strong hold on Muslim community members, to the point of coercing silence even when we are addressing clear violations. The cultural barriers to speaking out against someone who holds such leadership has created an environment that attributes blame towards anyone who questions religious authority in Islamic institutions.

Law enforcement formally charged him with criminal sexual assault earlier this year. (Saleem and his lawyer deny the charges, which his lawyer called “troubling”.)

Just today, new indictments came against the Islamic leader. Separately, four women have filed a civil lawsuit accusing Saleem of sexual assault and battery. The plaintiffs include Saleem’s accuser in the criminal case; the other women say they were minors when the alleged abuse took place.

It took years of alleged abuse for a formal charge to be filed against Saleem. Community leaders were quick to defend him; some even offered “mediation” to discourage the alleged victim from pressing charges.

The allegations have divided the Muslim community in its need for a more proactive role in addressing sexual exploitation and violence, which has yet remained to be discussed without stigmatizing victims or discouraging survivors from speaking out. On multiple social media blogs and sites, people were advised: “Don’t cause a fitna,” strife or sedition in Arabic—the phrase often used to discourage the survivors from speaking out.

While my experience with my father’s burial procession is minor compared to that of the alleged sexual assault of these victims suffered, I realized that the real issue stands with the wrestling over ethics. The divide comes between respecting heritage and holding traditional values, and challenging the monopolization of control that is held by Islamic leadership.

The importance of a male religious figure in the Muslim community has resulted in a passive hesitancy in reporting abuses and inequalities—not just because it disrupts the stability of the status quo, but because it goes against the authority figures who dominate piety and morality in many Islamic institutions. This imam was well-known for preaching an ultra-orthodox agenda, which included the maintenance of strict gender separation, and women praying in a separate space in the lower level of the mosque.

The traditional prominence of male religious figures in Muslim communities unfortunately makes many people reluctant to report abuses and injustices committed by these leaders.

In Saleem’s case, the cleric controlled many aspects of the local Chicago community. A representative of the extremist Deobandi movement, he brought with him from South Asia an ultra-orthodox agenda suffused with misogyny. With both charisma and coercion, he asserted his will on the community—apparently sometimes directly upon young women in the community.

The invisibility of abuse and control perpetrated by Islamist leaders has created a silent stigma that is further fueled by discouraging people who do stand up to inequalities and abuse. There is a vacuum of holding leadership such as Saleem accountable for decades of alleged sexual misconduct, which has unfortunately ended up with females, some of whom were children at the time of the incidents in question, now voicing how they endured years of alleged abuse under this celebrated imam.

In many Muslim communities, gender segregation is defended as preserving value and respect for women. But in reality, the divide continuously promotes a larger process of degradation and submission. I can live with myself, though, because, rather than accepting a distant place across the street, I gathered the courage to be at my father’s side as we laid him to his final rest.

In remaining silent about injustices, we are just as guilty in implementing it. If we neither punish nor reproach wrong-doers, we are not simply protecting their outdated views, and the foundations of justice are dismantled from new generations. As an American Muslim, I know that respect for any religion does not mean turning a blind eye towards injustices that are continuously committed by unjust leadership. My generation of Muslim-Americans similarly needs to reject failed leaders who represent imported ideologies that do not make sense in 21st-Century America. If we stand up for what we believe in, we can set the agenda for the future.

Zainab Khan is the United Nations Association delegate for the Commission on the Status of Women. She is a women’s-rights advocate and UN Women liaison based in Chicago. She is the recipient of the YWCA Racial Justice Award 2014. Follow her on Twitter @zainabzeb.

3,000 Indian Deobandi madrasas affiliated to Darul Uloom Deoband reject govt financial aid for modernisation
Becoming a part of a Saudi-led coalition will be stupidity at its most stupid – Ejaz Haider