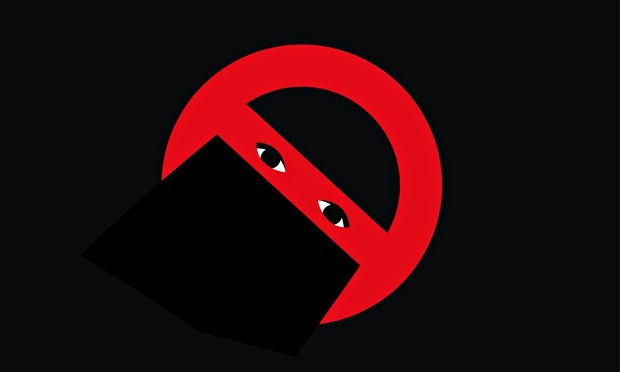 It could be a millenarian crisis or a delayed reaction to decades of bad history, but millions of Muslims seem to have turned inwards, hankering for an imagined golden age. They are contemptuous of modernity’s bendable, ductile values. Some are drawn to reactionary dogma, and preachers while a good number have thrown themselves into political Islam to resist and combat western hegemonies – or so the story goes.

As a practising (though flawed) Shia Muslim, I watch the new puritans with apprehension. So too other Muslims worldwide, the silent many, watch and tremble. From the eighth to the early 20th century, Muslims strove for a broad education (as commanded in the Qur’an), questioned doctrines, and were passionate about scientific advancements, political and social ideals and art. Not even humiliating colonial rule deterred them from the march forward. Now the marchers are walking backwards. The hijab, jilbab, burqa and niqab are visible signs of this retreat from progressive values.

This article will divide people. Women I respect and like wear hijabs and jilbabs to articulate their faith and identity. Others do so to follow their dreams, to go into higher education or jobs. And an increasing number are making a political statement. I am not assuming that the coverings all represent simple oppression. What I am saying is that many women who take up the veil, in any of its forms, do so without delving fully into its implications, significance or history. Their choice, even if independently made, may not be fully examined.

Muslim feminists of the past critiqued and repudiated the veil. One of them was a man, Qasim Amin, an Egyptian judge and philosopher, who in 1899 wrote The Liberation of Women.He was the John Stuart Mill of the Arab world. Huda Shaarawi set up the Egyptian women’s union in the early 1920s. One day in 1923, as she disembarked from a train in Cairo, she threw off her veil and claimed her right to be visible. Educated Iranian women started feminist magazines and campaigned against the veil around the same time. These pioneers have been written out of history or are dismissed as western stooges by some contemporary Muslim intellectuals.

After the transformative 60s, Muslim feminists resumed the fight for equality. European rule was over. It was time. The Moroccan academic Fatema Mernissi, Egypt’s Nawal El Saadawi and the Pakistani scholar Riffat Hassan all argued for female emancipation. They rightly saw the veil as a a tool and symbol of oppression and subservience. Mernissi’s Beyond the Veil ( 1975) is a classic text. So too El Saadawi’s The Hidden Face of Eve (1975). But more conservative Islamic tenets have taken over lands, communities, families, heads and hearts.

The promise of this version is a return to certainties and “purity” of belief, a mission backed by Saudi Arabia and other Gulf states. Deobandi revivalists, funded by Arab money, now run more mosques in Britain than any other Muslim subgroup. Women are told not to travel without male relatives, not to work, to be subservient, to veil. This movement began as a reaction against the Indian raj and mutated into a fundamentalist creed. Today their pushback against “cultural imperialism” appeals to many alienated young Muslims. And, in part, it explains the growing popularity of the hijab, jilbab and full veil .

But in the Qur’an, the veil is mostly used metaphorically to describe barriers between good and bad, believers and nonbelievers. In two verses, women are told to lower their gaze, and to cover their private parts and bosoms. Men are also instructed to lower their gaze, and to dress modestly. One verse commands the women in the prophet’s family to fully veil, partly to protect them from enemies and supplicants.

Sahar Amer, associate professor at the University of North Carolina, has studied these sacred injunctions: “[Nowhere] is the hijab used to describe, let alone prescribe, the necessity for Muslim women to wear a headscarf or any other pieces of clothing often seen covering women in Islamic countries today. Even after reading those passages dealing with the female dress code, one continues to wonder what exactly the hijab is: is it a simple scarf? A purdah? A chador? Or something else? Which parts of the body exactly is it supposed to cover? Just the hair? The hair and neck? The arms? Hands? Feet? Face? Eyes?”

All religions cast women as sinners and temptresses. Conservative Islam has revived the slander for our times

Veils, in truth, predate Islam. Zoroastrian and Byzantine upper-class ladies wore them to keep aloof from the hoi polloi. When Islam’s armies first reached Persia, they were shocked at this snobbery; then they adopted the custom they loathed; the control of women was hard-wired into their psyches.

All religions cast women as sinners and temptresses. Conservative Islam has revived the slander for our times. Women have to be sequestered or contained lest they raise male lust and cause public disorder. Some young Muslim women argue that veils liberate them from a modern culture that objectifies and sexualises females. That argument is appealing; but if credible, why would so many hijabis dress in tight jeans and clinging tops, and why would so many Muslim women flock to have liposuction or breast enhancements?

It is complicated: veils for me represent both religious arrogance and subjugation; they both desexualise and fervidly sexualise. Women are primarily seen as sexual creatures whose hair and bodies incite desire and disorder in the public space. The claim that veils protect women from lasciviousness and disrespect carries an element of self-deception. I have been at graduation ceremonies where shrouded female students have refused to shake the hand of the chancellor. Veiled women have provoked confrontations over their right to wear veils, in courts, at schools and in colleges and workplaces. But I regard their victories as a rejection of social compromise.

Little girls are being asked to don hijabs and jilbabs, turned into sexual beings long before puberty

Of even more concern are young Muslim lives. Little girls are being asked to don hijabs and jilbabs, turned into sexual beings long before puberty. You can even buy stretchy baby hijabs with fake Calvin Klein and Versace logos.

Like a half-naked woman, a veiled female to me represents an affront to female dignity, autonomy and potential. Both are marionettes, and have internalised messages about femaleness. A woman in a full black cloak, her face and eyes masked walked near to where I was sitting in a park recently, but we could not speak. Behind fabric, she was more unapproachable than a fort. She had a baby girl in a pushchair. Her young son was running around. Will the girl be put into a hijab, then a jilbab? Will the son expect that of his sister and wife one day? To never have the sun warm your face, the breeze through your hair – is that what God wants? Whatever happened to sisterhood?

But do those who choose to veil think of women in Iran, Saudi Arabia, Afghanistan, Pakistan, Iraq, and even the west, who are prosecuted, flogged, tortured or killed for not complying? This is not a freestanding choice – it can’t be. Although we hear from vocal British hijabis and niqabis, those who are forced cannot speak out. A fully burqaed woman once turned up at my house, a graduate, covered in cuts, burns, bruises and bites. Do we know how many wounded, veiled women walk around hidden among us? Sexual violence in Saudi Arabia and Iran is appallingly high, as is body dysmorphia.

Liberalism is being tested by the new Islamic ardency. A French-style ban would be unwise and unjust. But institutions can apply dress codes. A bank worker cannot dress like a stripper; a child cannot wear a boob tube to school. Have rules and stick to them, within reason. In 1899, Qasim Amin warned that unless Muslims embracedmodernity and equality, the future would be bleak. We are in that bleakness now, and few dare to speak up for its values.