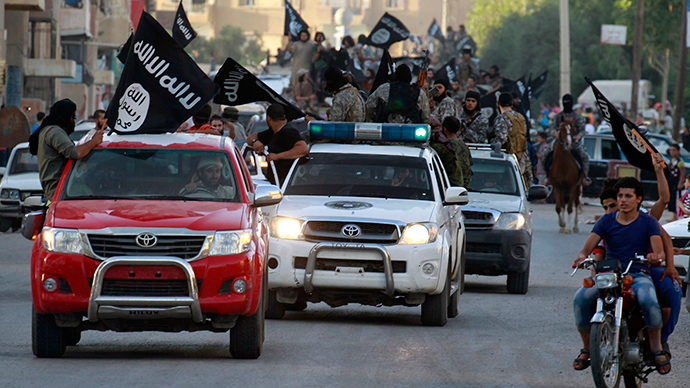 The Vatican’s line on ISIS has taken a new turn, as its ambassador in Geneva suggested that if a political settlement is impossible, military force should be used against the jihadists. He also said the form of intervention should be defined by the UN.

In an interview with Catholic magazine Crux, Archbishop Silvano Tomasi used the word “genocide” to describe the terrorist group’s campaign of executions and ethno-religious persecution through northern Syria and Iraq.

“Otherwise we’ll be crying out in the future about why we didn’t so something, why we allowed such a terrible tragedy to happen,” the Vatican’s top diplomat at the United Nations said, suggesting military force in the absence of a political solution.

“What’s needed is a coordinated and well-thought-out coalition to do everything possible to achieve a political settlement without violence,” Tomasi said Friday, “But if that’s not possible, then the use of force will be necessary.”

In the interview Tomasi also emphasized a coordinated approach to humanitarian aid drops to the minorities in the region, as well as “more coordinated protection” on the ground, which would include force, if need be. On the same day he released a statement entitled “Supporting the Human Rights of Christians and Other Communities, particularly in the Middle East,” co-authored with Russia and Lebanon, and presented to the UN Human Rights Council and signed by nearly 70 nations.

The statement itself was a Russian idea, given its cultivation of the image of protector of Orthodox Christians in the Middle East, Tomasi added. This is also the first time the plight of Christians has been exclusively addressed at the Human Rights Council.

The top Vatican official went on to emphasize that any approach must not be exclusively “Western,” and include the Middle East, and be carried out under the aegis of the United Nations. “It will be up the United Nations and its member states, especially the Security Council, to determine the exact form of intervention necessary.”

Tomasi praised French efforts at the UN Security Council this month in calling special attention to religious minority issues in the Middle East. The statements may come as a surprise to those who remember the Vatican’s past abhorrence of military violence in the region, but Tomasi’s statements are actually not a new thing; Pope Francis has said in the past that military force is a “legitimate” way to “stop unjust aggression.”

“I underscore the verb ‘stop.’ I’m not saying ‘bomb’ or ‘make war’, just ‘stop’. And the means that can be used to stop them must be evaluated,” the Pontiff said in Rome in mid-August.

Tomasi also outlined three things he believes ordinary civilians could do. He recommended that people pray “and practice a spiritual communion with [the victims in the Middle East], for people in better-off places to continue to work to raise awareness of religious minority issues in the Middle East and, finally, that this shaping of public opinion translates into “both humanitarian and effective protection of the rights of these people.”