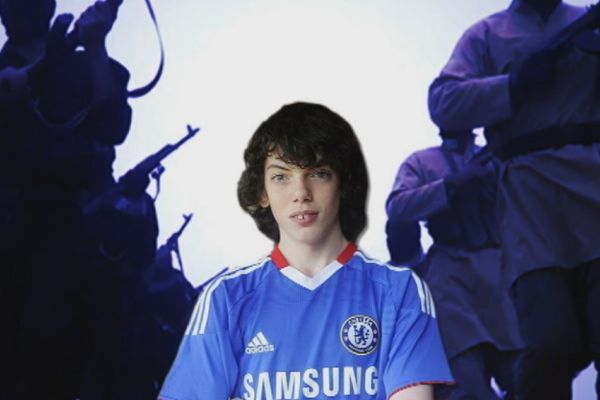 How did a bright student and aspiring journalist from suburban Melbourne become a hardened militant and suicide bomber for Islamic State in Iraq?

LEIGH SALES, PRESENTER: How does a bright teenager and student of politics from Australian suburbia become a suicide bomber for Islamic State?

That’s the question facing authorities and the grieving family of 18-year-old Jake Bilardi, who last night apparently blew himself up as part of a deadly co-ordinated attack west of Baghdad.

Jake Bilardi dropped out of school and snuck out of Australia last year.

7.30 understands Australian authorities had no knowledge of him until his family made a terrifying discovery: a stash of materials to make explosive devices at their home.

Today, a chilling blog is giving insight into the mind of Jake Bilardi – his radicalisation, his journey to Iraq and his plans for a terror attack back home.

Sean Rubinsztein-Dunlop has the story.

JULIE BISHOP, FOREIGN MINISTER: I can confirm that the Australian Government is currently seeking to independently verify reports that 18-year-old Melbourne teenager Jake Bilardi has been killed in a suicide bombing attack in the Middle East. If these reports are confirmed, this is another tragic example of a young Australian being lured to a senseless and violent death by a brutal terrorist organisation that is intent on imposing suffering and misery, not only in Iraq and Syria, but beyond.

SEAN RUBINSZTEIN-DUNLOP, REPORTER: According to Islamic State, one of these bombings was the final act of Australian teenager Jake Bilardi.

Photos released by the militant group on Twitter purportedly show the 18-year-old from Melbourne en route to his death mission in Anbar Province west of Baghdad.

NICK O’BRIEN, FMR COUNTERTERRORISM CHIEF, SCOTLAND YARD: It’s tragic, but I do think they’re credible. I’ve seen the pictures and it does look like he was in the van and it wouldn’t be unusual for that organisation to use someone like him in a suicide attack. Also, there’s further reporting that there were a number of suicide attacks at the same time and a number of foreign fighters were used and this could be a tactic of IS to get lots of publicity and to get their name on every front page – the front page of every newspaper round the world and I think it’ll work.

SEAN RUBINSZTEIN-DUNLOP: Before Jake Bilardi was a hardened militant, he was a bright but awkward student at Craigieburn Secondary College who was sometimes bullied.

JAKE BILARDI BLOG POST (Jan. 13, 2015, male voiceover): “I want to tell you my story, how I came from being an atheist school student in affluent Melbourne to a soldier of the Khilafah preparing to sacrifice my life for Islam in Ramadi, Iraq.”

SEAN RUBINSZTEIN-DUNLOP: Jake Bilardi was a keen writer and later kept a blog.

JAKE BILARDI BLOG POST (Jan. 13, 2015, male voiceover): “My life in Melbourne’s working-class suburbs was, despite having its ups and downs just like everyone else, very comfortable. I found myself excelling in my studies, just as my siblings had, and had dreamed of becoming a political journalist.”

SEAN RUBINSZTEIN-DUNLOP: Jake Bilardi lost his mother to cancer in 2012 and lived with his older siblings. In the blog he’s believed to have written, titled “From the Eyes of an Immigrant in the Land of the Caliphate”, he wrote how he’d become obsessed with the Taliban.

JAKE BILARDI BLOG POST (Jan. 13, 2015, male voiceover): “It was from my investigations into the invasions and occupations of both Iraq and Afghanistan that gave birth to my disdain for the United States and its allies, including Australia. ”

GREG BARTON, GLOBAL TERRORISM RESEARCH CENTRE: The unusual thing with Jake Bilardi is that he got into this at such an early age, largely by himself. The loss of his mother to cancer must have really unsettled him a little bit. He was clearly a bit of a shy loner at school, but very bright.

SEAN RUBINSZTEIN-DUNLOP: Bilardi became fixated on travelling to Syria, but fearing he might be stopped, he drew up a Plan B, according to a blog post written after he left the country.

JAKE BILARDI BLOG POST (Jan. 13, 2015, male voiceover): “This plan involved launching a string of bombings across Melbourne, targeting foreign consulates and political/military targets as well as grenade and knife attacks on shopping centres and cafes and culminating with myself detonating a belt of explosives amongst the kuffar.”

GREG BARTON: In hindsight, there were so much that was very clear. He should have been picked up. There are two concerns. One is that he was not picked up earler and we didn’t have in place a process of case managing individual like Jake.

JULIE BISHOP: I have been aware of Mr Bilardi’s presence in Iraq and Syria for a number of months now. Indeed, we are aware that he travelled overseas last August. In October, on the advice of our security agencies, I cancelled his Australian passport.

SEAN RUBINSZTEIN-DUNLOP: The ABC has learned that after Jake Bilardi left Australia in August, his family discovered materials for improvised explosive devices in their home.

JOURNALIST: Is it the discovery of those IEDs that led Australian authorities to start surveilling him in the Middle East?

JULIE BISHOP: The Australian authorities have had reason to have Mr Bilardi under surveillance for quite some time. However, when he started in Iraq and Syria with ISIL, with Daesh, it’s very difficult for us to keep track of him.

SECUNDER KERMANDI, BBC JOURNALIST: He had no problem, it seemed, with justifying attacks against non-combatants with the execution of people like James Foley or Steven Sotloff, the hostages killed by ISIS. He – we talked about kind of what his views are towards Australia because some of the tweets he had sent out suggested that he was in favour of attacking Australia and he said that he thought that Australia knew what it was getting into when it entered the coalition against ISIS, so it would deserve whatever happened to it next. He also told me back then that he was on the waiting list to be a suicide bomber. And he told me that he was on the – he was planning to do a suicide bomb attack in a car, which, if today’s news is confirmed, would appear to be what’s happened.

SEAN RUBINSZTEIN-DUNLOP: By January, Jake Bilardi was waiting for his mission.

JAKE BILARDI BLOG POST (Jan. 16, 2015, male voiceover): “With a current waiting list of 12 martyrdom bombers, of which I am one, the Islamic State has the opportunity to launch large assaults and make big gains.”

SEAN RUBINSZTEIN-DUNLOP: Last night, Islamic State released a so-called martyrdom photo. For counterterrorism investigators in Australia, the question now is how to spot the next Jake Bilardi before it’s too late.

GREG BARTON: We’ve perhaps dodged a bullet in terms of what Jake could have done, but other thinks like that getting together, two or three of them, they could really do a lot of damage. So, the lesson is to get alongside these people before they get to that dangerous place ’cause Jake was at a place where it would have been very hard to reach him.

NICK O’BRIEN: Because he was known to authorities, he wasn’t of any use to the Islamic State back in Australia ’cause he would’ve been arrested. And so therefore I think they decided that he was more of use to them to be used in a suicide attack in Iraq, rather than sending him back to Australia. It’s the ones that we don’t know about or the authorities don’t know about are the dangerous ones ’cause they could come back and they would be under the radar, and if they’ve had training to build bombs, etc., that’s what they could do.