Often it is alleged that LUBP (Let Us Build Pakistan) web site has alienated sincere well-wishers and sympathisers due to its proactive and blunt approach to genocide of Shias and Sunni Sufis. If the level of commitment of these so-called genuine sympathisers was so tenuous that it could be ended by qualified criticism from an alternative media blog, then the initial commitment must itself be highly questionable

That LUBP has hurt the liberal cause in Pakistan is a common allegation levelled against this blog by its detractors many of whom have one or more of the following features in common:

1. Silence, denial or obfuscation of the Deobandi role in terrorism against Shias, Sunni Sufis, Barelvis, Ahmadis, Hindus and Christians.

2. Use of false Sunni-Shia or Saudi-Iran binaries to rationalize, dilute or justify Shia genocide by Deobandi terrorists.

3. False neutrality or silence on Shia and Sunni Sufi/Barelvi genocide and/or Deobandi terrorism in order to retain their populist, tribal, economic, social and careerist ambitions.

If you see someone say “LUBP has alienated genuine sympathisers of Shias or Sunni Sufis”, know that this person will slaughter Shias and/or Sunni Sufis/Barelvis at first opportunity or at least enable it. It is our conviction that populism, careerism and rights activism cannot co-exist.

Imagine if there were no LUBP and other likeminded alternative voices in social media:

– Sunni-Shia and Saudi-Iran binary would be a common discourse by fake liberals and fake human rights activists in Pakistan’s mainstream media.

As a matter of fact, LUBP has only alienated Takfiri Deobandi bigots and their fake liberal, opporutnist, populist comrades . And we are damn proud of this feat! 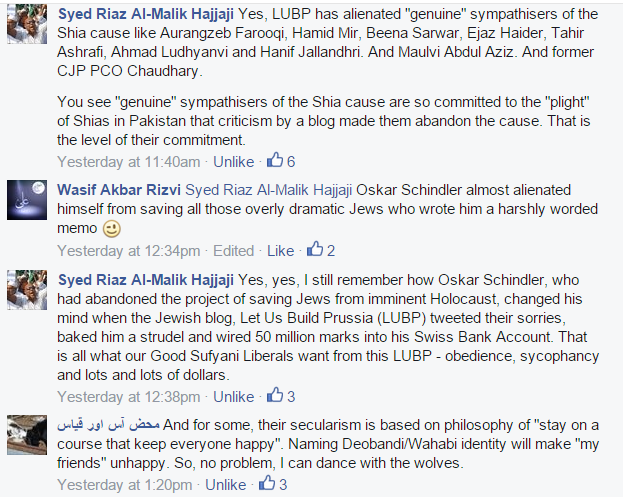 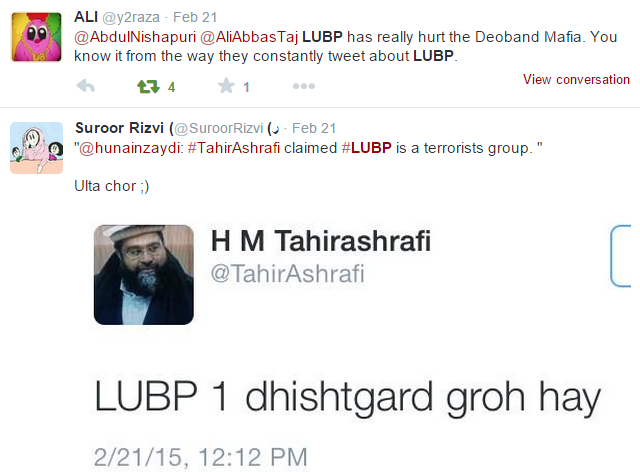