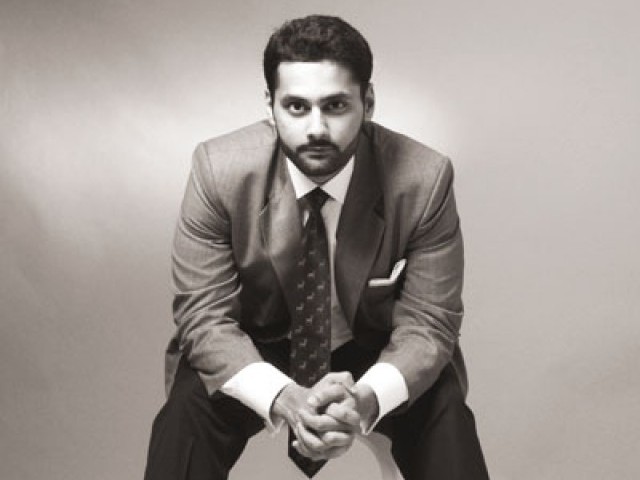 Social activist, politician and lawyer, Mohammad Jibran Nasir first entered the political arena when he contested the 2013 elections as an independent candidate for NA-250 in Karachi. However, it is his recent standoff against the controversial Lal Masjid cleric Abdul Aziz — who openly defended the deadly attack on Army Public School, Peshawar, in December and is known to have links with militant outfits — which has pushed him into national spotlight.

The 27-year-old has since organised additional protests, appeared on talk shows and fuelled his campaign primarily through social media. At the crux of all these activities is a straightforward demand: to eliminate all extremist, hate-mongering elements from the political, religious and social discourse in the country. The campaign’s most recent target of criticism has been the Ahle Sunnat Wal Jamaat (ASWJ). “The protest against the ASWJ, formerly Sippah-e-Sahaba, created a lot of awareness about banned outfits and the state’s patronage towards them. At the same time, it also made our citizens campaign more aggressive [since] Aurangzeb Farooqi, as opposed to Abdul Aziz, is more public and unapologetic about creating sectarian hatred,” says Nasir.

While civil society has commended Nasir’s bravado and many have even stepped up in support of his mission, the job comes with its fair share of risks. “In the beginning, he was suspicious of certain people, and the paranoia from the call caused a lot of stress,” says Talha Rehman, Nasir’s cousin and a member of his de facto advisory board. The call he is referring to was received by Nasir during the Lal Masjid standoff. The caller, a spokesperson for a banned outfit, warned Nasir to cease his activism. No tangible threats have publically emerged since, but the incident has had a lasting impact.

Nasir is a marked man. He no longer lives at home, instead spending his nights moving from one friend’s house to another, altering his movement patterns. Even his mother, who constantly fears for his life, barely gets to see him. And the fear is not unwarranted: Pakistan has a long and sordid history of assassinations of public figures and this raises a fair share of concern for Nasir. Despite the security concerns, Nasir uses public transport and moves around without any security.

According to Nasir’s close friends, the stress of his campaign has taken an emotional, physical and mental toll on him, affecting his close relationships. There is, however, a unanimous agreement on his courage. “The risks he is taking, perceived or real, are tangible for him,” says Rehman. “He may be this great public figure, but privately, he is tired, lonely and under a lot of stress. But the one thing he is not, is afraid.”

Nasir feels that the greatest threat is not to his life, but to his credibility as many have expressed doubts about his intentions. He has been accused by various groups and parties of being a member of a Shia organisation, an Ahmadi, a RAW agent and a tout for western powers, paid through NGOs. Mostly recently, on February 15, 2015, a First Information Report application was filed against Nasir and another activist, Khurram Zaki, alleging that they are members of a banned Shia outfit. Nasir says some of his close friends and family members have also questioned him about links to the army or accused him of undertaking the cause for attention and popularity. “My intentions are doubted a hundred times a day. But I will continue to go out on the roads, call the terrorists out by their names in front of their headquarters and hope that Pakistanis will one day step out of their fear and take on these goons.”

Moreover, political pundits, media personalities, and religious opposition have also posited the hand of foreign governments, the army, certain political parties and even religious lobbies as Nasir’s sources of funding. “My protests have no massive infrastructure. There are no huge speakers or elaborate sound systems or rows of chairs at any of my protests,” he says, adding that a protest in Islamabad on the one-month anniversary of the APS attacks was the only one that required funding as the costs added up to nearly Rs500,000. The expenditure was covered by willing Pakistanis in their individual capacities, Nasir says.

To address the issue of transparency, Nasir also plans to add a tab on his website which will track all donations and show where the money is being spent. Nasir’s days are spent brainstorming with his advisory board, determining the next steps for his movement, tentatively titled #ReclaimPakistan. His eventual goal, he says, is to rid Pakistan of extremist elements from its main urban centres. He feels he has a civic responsibility to fight this war in the cities while the Army already fights in places like North Waziristan and Tirah Valley. And that the battle comes with numerous challenges and sacrifices is a reality not lost on Nasir.

The News on Sunday clearly states: “Taliban are just one such example of the Deobandi persuasion.”
Jibran Nasir’s open letter to Islamabad Commissioner regarding ‎ASWJ‬ gathering on 21 Feb