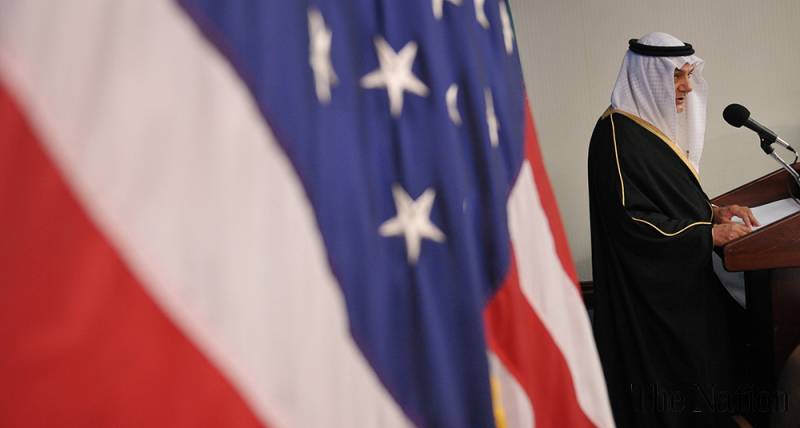 Just a week ago we heard the American President during his Indian visit eulogizing the democratic values both the countries adhered to. One heard him emphasizing gender equality, the safety of women and protection of religious minorities while speaking in New Delhi’s Town Hall.
Hours later he landed on the soil of the Kingdom of Saudi Arabia – the absolute monarchy – and exalted the late monarch who had overseen the worst human rights abuses and sponsorship of radical Islam throughout the world alongside generous financing of terror.

The King, who Obama was praising and praying for, had as many credentials of democracy as Hitler had of peace. I’d leave further exploration of this imperial hypocrisy for some other time. This week’s shock came from home. One had to see similar but much intense duplicity, dishonesty, deception and deceit.
In last Friday’s sitting, the Senators were enraged, and rightly so, by something Minister of the State Mr. Baleeghur Rehman said. The Minister had stunned the Senate during Question Hour while answering a question by Pakistan Peoples Party’s Senator Sughra Imam about the foreign funded Madrassas in the country. As per the statistics presented by the Minister, Khyber Pakhtunkhwa had twelve Madrassas receiving foreign funding, two in Sindh and nine in Balochistan mainly from Kingdom of Saudi Arabia, UAE, Qatar, Kuwait and Iran. Punjab, he said, was reported by Inspector General of Police to have no madrassa receiving such funding.
When Senators Aitzaz Ahsan and Raza Rabbani double-checked and urged the Minister to confirm if Punjab was receiving no Madrassa funding from any foreign country, even by a yes or no, the latter declined to respond. One could see the shock and anxiety among the Senators especially Sen. Imam who was complaining that her Question had been pending with the Ministry since more than a year now, deserved a serious answer.

Nothing came from the treasury benches except Railways Minister’s light protest on Senator Rabbani’s remarks about the inefficiency of the Cabinet. Don’t put the blame on the entire Cabinet, was the Railways Minister’s point. Nothing more came on Madrassa funding, even after the Minister was reminded of a contradictory written answer submitted to the Senate a while ago by his Ministry.
As per media reports that Sen. Imam referred to during her speech in Senate on Friday, the Interior Minister had met with the Ambassador of Saudi Arabia for discussion about funding of different Madaaris including one in Khushab, Jamiat-ul-Islam in Sargodha and Dr. Tahir ul Qadri’s Idaara-e-Minhaj-ul-Quran in Lahore. How could the government, asked Sen. Imam, claim that Punjab was not the recipient of any foreign funding for its Madrassas?

While the Interior Ministry was trying to downplay the foreign funding to religious seminaries in Pakistan, Maulana Fazl ur Rehman of Jamiat-e-Ulama-e-Islam (Fazlur Rehman Group) – the JUI-F – was making noise about what he said was the government’s bid to please ‘Amreeka’. While talking to media on the same Friday, the Maulana warned the government if the foreign-funding to seminaries were stopped, there would be ‘dire consequences’. The opposition Senator sent the Interior Ministry’s answer to the House Privilege Committee on account of it being untrustworthy and ‘based on lies’.
As per the recent written submission by the Interior Ministry, out of the 23 seminaries declared as recipient of foreign funding, five were Shia receiving Irani money. JUI-F being an orthodox follower of Deobandi school of thought is not likely to receive funding from Iran, which usually invests in Shia seminaries. Going by basic logic, it is unlikely that the well to do Maulana is worried so much only for the 18 seminaries. There is certainly more to the story.

Lest they in Punjab forget, it is a serious offense to mislead the Parliament or to out rightly lie on the floor of the House. The officials of Punjab’s Home Ministry and of the Police may kindly be reminded of many reports to suggest contrary facts since last many years that have appeared in media and went by without any contradiction by the government.
By its own admission, the government had said in early 2014 that around 80 seminaries were receiving financial support to the tune of Rs 300 million. Main donor countries enlisted were the United States, Hong Kong, the Netherlands, Australia, Kuwait, Bahrain, the United Arab Emirates, Saudi Arabia, Qatar and Iran over a 13-month period.
According to the revelations made by Wikileaks in 2010, a cable dated November 13, 2008 originated from the American Consulate in Lahore, went straight to the Secretary of the State saying, “..a sophisticated jihadi recruitment network had been developed in the Multan, Bahawalpur, and Dera Ghazi Khan Divisions”. The cable further reads that a network of Deobandi and Ahl-e-Hadees organizations was being strengthened under the garb of charities, and that such organizations included Jaish-e-Mohammad, Jamaat-ud-Dawa, Al-Khidmat Foundation etc. This Islamic charity originally reached Pakistani pseudo-religious organizations as relief for earthquake victims in Kashmir and Khyber Pakhtunkhwa (then North West Frontier Province).

The same cable reveals that a portion of these funds was siphoned to Deobandi and Ahl-e-Hadith clerics in southern and western Punjab in order to expand these sects. The initial success of establishing madrassas and mosques in these areas led to subsequent annual “donations” to these same clerics, originating in Saudi Arabia and the United Arab Emirates. The value of such donations was uncertain, although the cable claimed that it was in the region of $100 million annually.
Looking at a range of Wikileaks cables that have been coming to the public eye since 2009 to date, it is little beyond doubt that most of the terrorism in the world has been financed by the USA’s closest allies, the Kingdom of Saudi Arabia and Qatar. From Mali, to Libya, to Syria, to Pakistan, you will find Saudi or Qatari footprints on terror financing. According to Tony Cartalucci, a geopolitical researcher, since Saudi-Qatari geopolitical interests are entwined with Anglo-American interests, both the “investment” and “return on this investment” are clearly part of a joint venture.
While we can look into the reasons of this ‘joint venture’ by Saudi-Qatri and Anglo-American pairs, one is totally clueless as to why Pakistani establishment – the self-proclaimed ‘patriotic force’ – and the civilian leadership of all shades would succumb to the violent, destructive and disparaging Saudi imperialism so unconditionally. Although I do believe my friend Cyril Almeida when he reminds its not just terror financing, it is deep-rooted commitment to radicalisation and militancy that our society, politics and the state institutions have been adhering to.

The arrogant Saudi princes having no respect for Pakistan’s law would defy our Courts and continue with their hunting pleasure here. The conceited Saudi government would carry on with the beheading and jailing of our citizens without following any due process of law. The Saudi sheikhs would continue to finance radicalisation and terrorism in our country under the watch of their government. What is such a pressing compulsion of our establishment and politicians to always be kneeling before them? Other than being the last refuge of our leaders in the face of hostile domestic politics, I can find no utility of this kingdom.
Why I began this piece with a lament about the hypocrisy at home? Friday’s Senate Session that started with rage on foreign funding (mainly from Saudi), ended with a prayer for the late King and a joint resolution of condolence.