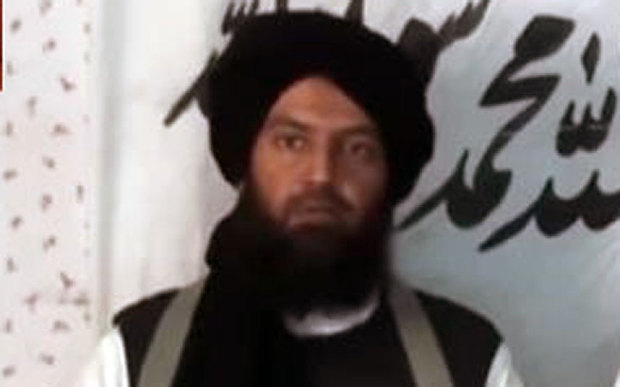 A British surgeon who was due to stand trial for assault has fled the country and become a senior leader of the Taliban in Pakistan.

Mirza Tariq Ali, 39, who practised in the NHS, evaded the UK authorities despite having his passport taken from him while awaiting trial at the Old Bailey.

He resurfaced last week in a recruitment video for a Taliban splinter group, urging foreign jihadists to join him.

The doctor has become a mouthpiece for the terrorist organisation and under a new name — Dr Abu Obaidah Al-Islamabadi — has begun publishing an English-language jihadist magazine online, aimed at recruiting Muslim youths from the West.

Ali, who lived in Walthamstow, east London, arrived in Britain in 2004, having previously been a doctor in the Pakistan army. He worked shifts as a locum surgeon in London and Cambridge, having trained at a London teaching hospital.

Police and security services are now facing embarrassing questions over how he was able to flee. The surgeon is one of a growing number of known extremists who have skipped bail or surveillance to wage “holy war” abroad.

The Sunday Telegraph can also disclose that another man, a terrorist suspect believed to have been planning a suicide bomb plot abroad, fled the UK in recent months in the back of a lorry despite having his passport seized on the orders of the Home Secretary.

The 26-year-old, of Somali origin and who lived a few streets from Ed Miliband, the Labour leader, in north London, had known associations with terror organisations dating back to 2008.

In the case of Ali, he had been held twice by police and in November last year was briefly imprisoned for breaching his bail before evading the Metropolitan Police and MI5 and travelling abroad.

He slipped out of Britain in an attempt to travel to Syria to join Islamic State of Iraq and the Levant (Isil), according to his video, while awaiting his trial at the Old Bailey on a violent disorder charge.

He was sentenced in his absence in June this year to 15 months in jail.

Last week — six months after he fled — Ali came out of hiding to appear in the Taliban recruitment video. In the 13-minute broadcast, he called on foreign fighters to join the Taliban and overthrow the Pakistan government.

David Cameron has pledged to prevent British jihadists from returning by cancelling their passports for two years, but the case of Ali highlights the damage that can be done abroad by extremists unfettered by British laws.

Ali was charged with violent disorder last year after taking part in a demonstration calling for jihad in Syria, organised by the banned extremist group al-Muhajiroun. He was seen hitting a bystander repeatedly with the pole from a placard.

Ali was rearrested for breaking his bail conditions by taking part in two more extremist rallies. He was ordered to surrender his passport before a trial set for May. Instead of going to court, he fled the country.

In the Taliban video, Ali says that he was detained in Croatia and deported to Pakistan rather than being sent back to Britain to serve a prison sentence. It is unclear why he was in Croatia. He describes his comfortable life in Britain before leaving to join Tehreek-e-Taliban Pakistan Jamaatul Ahrar (TTPJA), a faction of the Pakistani Taliban.

Speaking in Urdu and English, Ali says he studied surgery from 2004 while also preaching Islam. He says that while trying to join Isil, he was arrested somewhere on the way and jailed in Croatia.

After his release from Croatia, Ali says he was deported to Pakistan where “after some difficulties” he has now joined the TTPJA.

Ali was erased from the medical register at a Medical Practitioners Tribunal Service hearing earlier this month in Manchester.

He is the second Islamist associated with al-Muhajiroun and its leader Anjem Choudary to make a mockery out of police surveillance.

Last week it was disclosed that Siddhartha Dhar, 31, left Britain less than 24 hours after being freed on police bail by Scotland Yard detectives investigating Choudary’s inner circle. Dhar had been ordered to surrender his passport under strict conditions designed to prevent him promoting al-Muhajiroun, but still managed to leave the UK.

“It’s obviously a matter of great concern that people have left the jurisdiction and evaded British justice in this way,” he said. “It may be difficult for the police to keep tabs on everyone but clearly more needs to be done.

“One has got to ask the question, why was he granted bail for a second time?

“When someone is asked to surrender their passport, police must check with the Passport Agency to make sure he hasn’t been given a second one.”