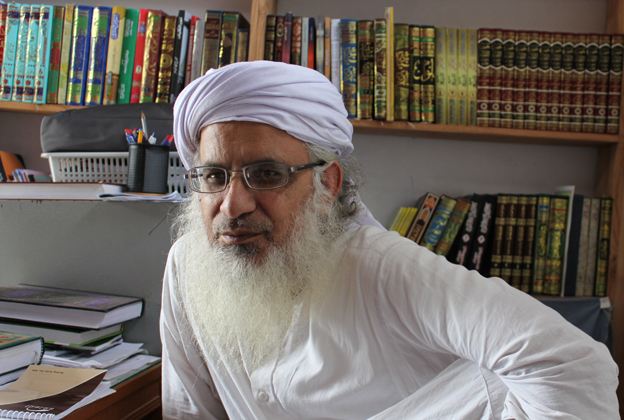 A hardline cleric in Pakistan is teaching the ideas of Osama Bin Laden in religious schools for about 5,000 children. Even while the Pakistani government fights the Taliban in the north-west of the country, it has no plans to close schools educating what could be the next generation of pro-Taliban jihadis.

“We share the same objectives as the Taliban but we don’t offer military training. We work on minds. The Taliban are more hands-on,” says Abdul Aziz Ghazi, imam of Islamabad’s controversial Red Mosque.

“We teach about the principles of jihad. It’s up to students if they want to get military training after they leave here. We don’t discourage them.”

Ghazi runs eight seminaries – madrassas as they are known – the first of which was founded after his father went on a journey to meet Osama Bin Laden in Afghanistan.

“Osama Bin Laden is a hero for us all. He stood up to America and he won. He inspired the mission of the school,” says Ghazi.

In one of the seminaries, the library is named in honour of Bin Laden, who was killed by US Navy Seals in Pakistan in 2011.

Ghazi, his mosque and his seminaries, have come a long way since 2007, when the Pakistani army was sent to lay siege to the radical mosque, and later stormed it. The events left 100 dead, including many militants, and Ghazi’s younger brother, mother and son.

Ghazi himself became known as the “Burka Mullah” after he was caught trying to escape wearing a woman’s face veil and robe as a disguise.

The syllabus is a heavy mix of Koranic recitation, Arabic and theology. Science, maths and arts are seen as “worldly” and barely feature. Many of the schools core texts have been written by Ghazi and printed within the seminaries’ own printing room. The shortest courses are 12 months long but students can also enrol in an eight-year programme that delivers imam status upon graduation.

“The Taliban ran Afghanistan very well. They created a just society that was the envy of the world,” says 24-year-old Abdullah who will graduate from the imam school next year.

He too cites Osama Bin Laden as his inspiration. His interpretation of Islam recommends stoning, public executions and limited access to education for women.

“We all have the same aim – to create a society in which there is no corruption. We want justice for everyone. The only way to achieve that is through Sharia law and an Islamic state,” he says.

Abdullah is one of 18 imams who will graduate from the school in 2015, in order to carry these ideas into communities across Pakistan. 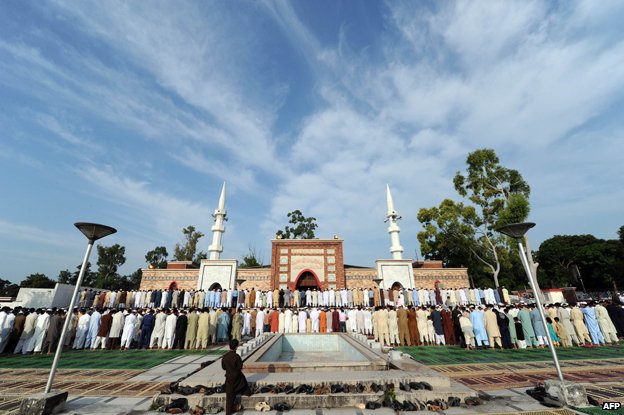 The school provides free boarding, food and medical care to all its students.

As a result, the vast majority of students come from lower-income families, mostly from Pakistan’s north-western tribal belt. Some parents rely on the seminary to provide full-time care for their children.

At the girls’ campus, male staff teach girls from concealed concrete booths via a tannoy system – they may sometimes teach the students for five years without ever meeting or even seeing them.

“People contact me from across Pakistan to make a donation. Recently someone donated a house. Other people donate a few thousand rupees or a car. They donate because they support what we are trying to do.”

In principle, the Pakistani state should provide a free education for all children who are of school going age, but the UN estimates that 5.1m children in Pakistan are currently not in any form of formal education – which means ripe pickings for the 14,000 madrassas in the country run by mosques and charities.

Abdus Samad, from the northern village of Gurzangi, has sent his 12-year-old daughter to the Red Mosque seminary – despite the fact that his brother was murdered by the Taliban, for refusing to join their ranks. 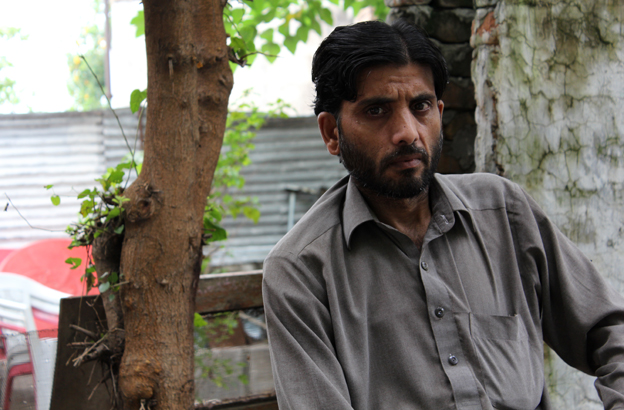 “These days if you want to give your child an education you need to earn around 5,000 rupees (£31, $49) per month. If you have more kids, it will cost much more. How is a man like me going to afford that? I have a manual job and no fixed income,” says Samad, who moved to Islamabad in fear of his life after his brother’s death.

At the seminary, his daughter gets three meals a day, and medical treatment if necessary.

“People say the school has links with the Taliban but I think that’s all politics,” he says. “No madrassa really has anything to do with the Taliban. It’s a place of learning. That’s all.”

Education Minister Baligh Ur Rehman makes a similar argument. Madrassas provide an important alternative to state education, he says, and “just because some children say they support Osama Bin Laden, that is not evidence of extremist teachings”.

There are no plans, he says, to intervene at Ghazi’s madrassas. 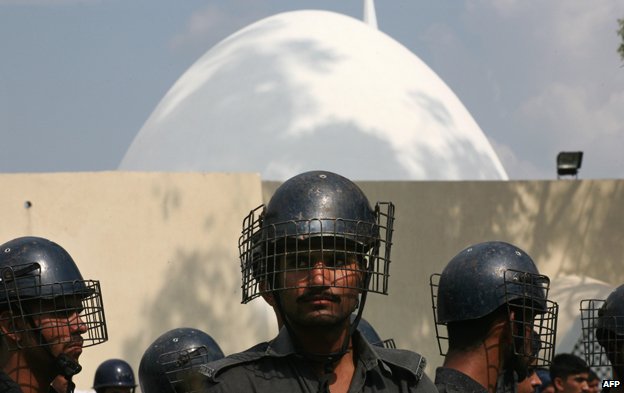 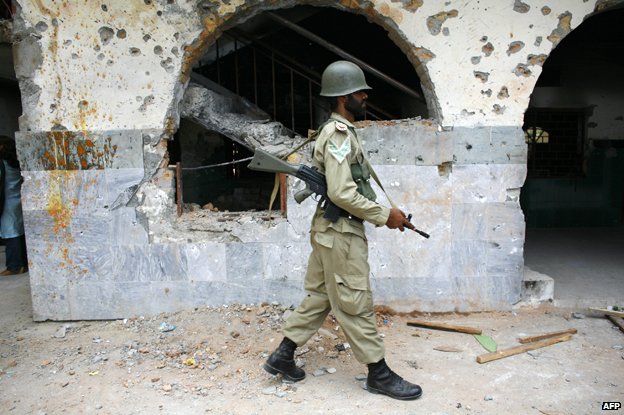 The Taliban divides opinion in Pakistan. The country has been becoming more conservative and the religious right is powerful. Many people would regard a crackdown on madrassas as a crackdown on Islam.

At the same time many ordinary Pakistanis are being forced to recognise – after incidents such as a failed attempt by militants to take over Karachi airport in June – that the Taliban does pose a threat to stability.

Earlier this year the government launched an anti-Taliban military operation in Waziristan – in the tribal areas close to the Afghan border – but it has shied away from concerted attempts to prevent the Taliban influencing Pakistani society.

The president who ordered the attack on the Red Mosque in 2007, Gen Pervez Musharraf, argues that this is a mistake.

“We spent a long time negotiating with the Ghazi brothers but they were holding Islamabad and the government to ransom. We had to take action,” he says, in justification of his own actions, for which he now faces criminal charges.

“It’s the responsibility of the current government to suppress terrorism and extremism. It has to be dealt with a strong arm. It’s a mind-set and we have to take measures to control influencing of mind-sets.”