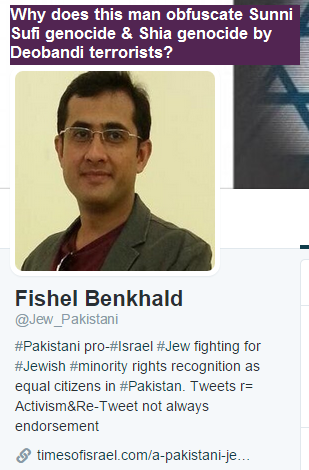 As a Pakistani human rights activist, I have always raised voice for equal human rights of people of all faiths and creeds including Sunni and Shia Muslims, Christians, Ahmadis, Jews, Hindus etc.

I agree that correct presecription is a must for correct resolution. Therefore, it is important to clearly name and condemn the Deobandi and Wahhabi (Baroodi) cult that is killing innocent Sunni Sufis and Barelvis (Daroodis) not only in Pakistan but also in Syria, Iraq, Afghanistan and other countries.

In particular, in Pakistan, Saudi-sponsored Deobandi cult has massacred more than 45,000 Sunni Sufis and Barelvis, 22,000 Shias and hundreds of Christians, Ahmadis and Hindus in the last few decades.

The transnational Deobandi and Wahhabi diemension of terrorism in Pakistan and other countries is well documented.

Through this post, I want to alert my fellow Pakistanis including Sunni, Shia, Christian, Hindu etc to some agent provocateurs who are promoting the Saudi agenda of diluting the Deobandi and Wahhabi identity of terrorists, deflecting attention from Deobandi terror groups (ASWJ, TTP, Junallah etc) and instead creating false Sunni-Shia, Saudi-Iran binaries, presenting all Sunnis and all Muslims as equally evil and violent, thus equating the perpetartors (Deobandis) of genocide with the victims (Shia, Sunni Sufis) of genocide.

One such character who claims to be a Pakistani Jew is active on Twitter as @Jew_Pakistani. My recent email correspondence with the Times of Israel confirmed that this person’s Jewish roots and actuall identity could not be independently verified. He could be a Pakistani Deobandi seeking or have received political asylum abroad by falsely presenting himself as of Jewish origin or he could be an agent provocateur on Saudi Deobandi payroll. In any case, his actual identity – whether a Jew, Deobandi, Christian, Ahmadi, Shia or Sunni – is irrelevant. I respect Jews as my equal human beings; they are entitled to their faith, of course. However, this specific person’s discourse on Sunni Sufi genocide and Shia genocide in Pakistan is very problematic and resembles the discourse of Saudi propagandists and Deobandi activists in Pakistan. He constructs false Sunni-Shia binary, actively hides or removes the Deobandi and Wahhabi dimenstion of terrorism, thus deflecting attention from the real identity of those responsible for Sunni Sufi and Shia genocide in Pakistan.

Here are some tweets that I have archived on this topic: 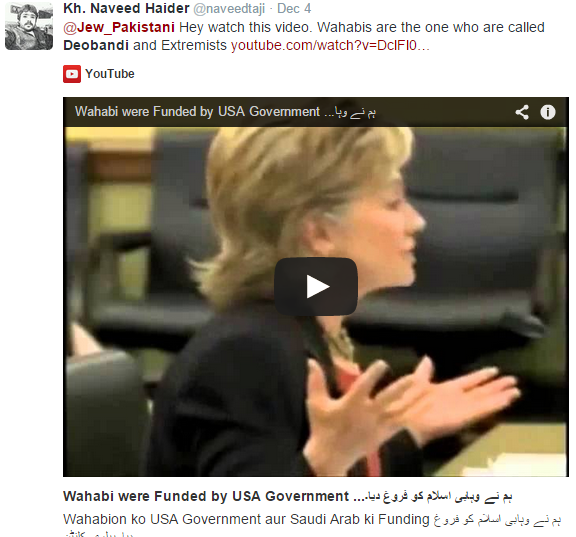 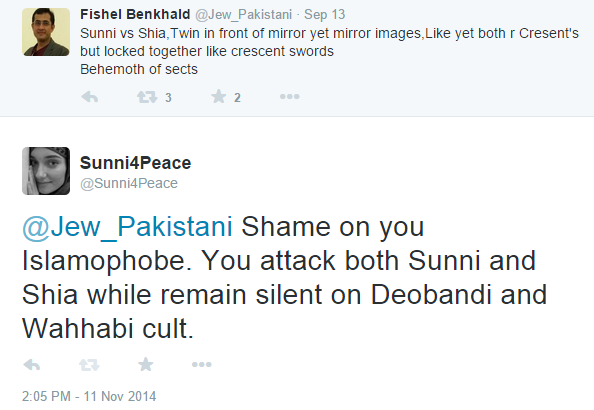 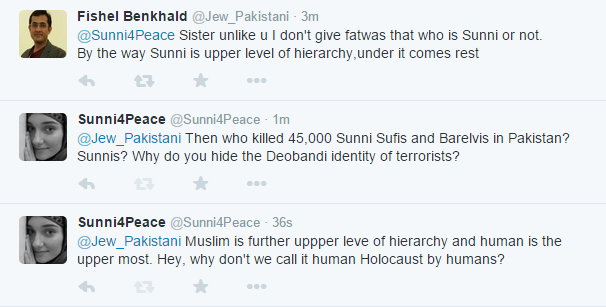 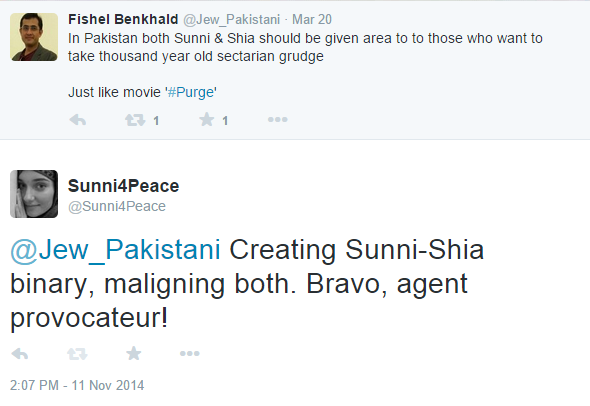 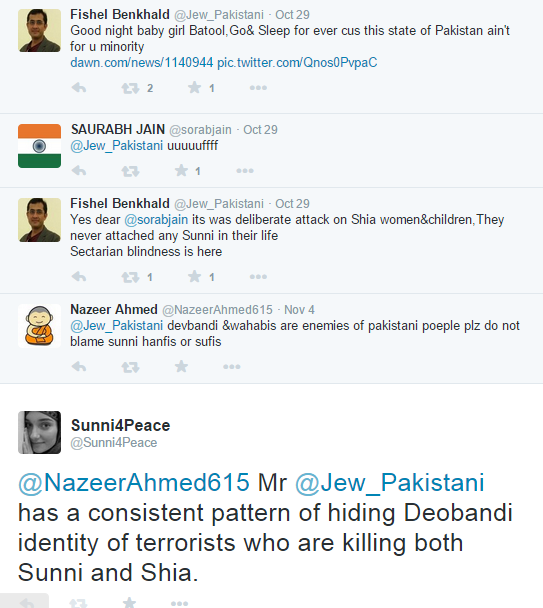 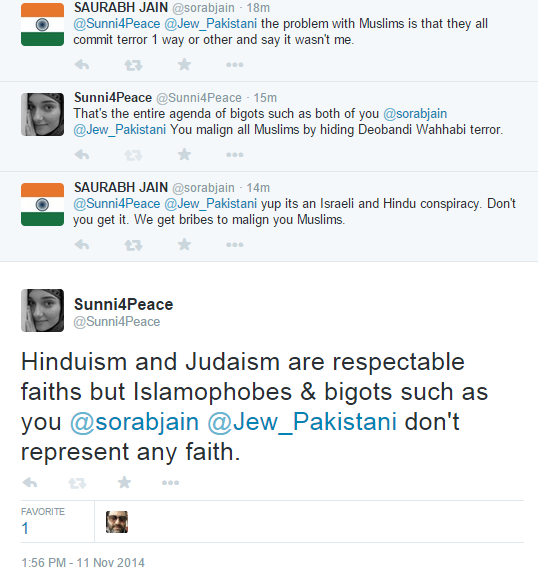 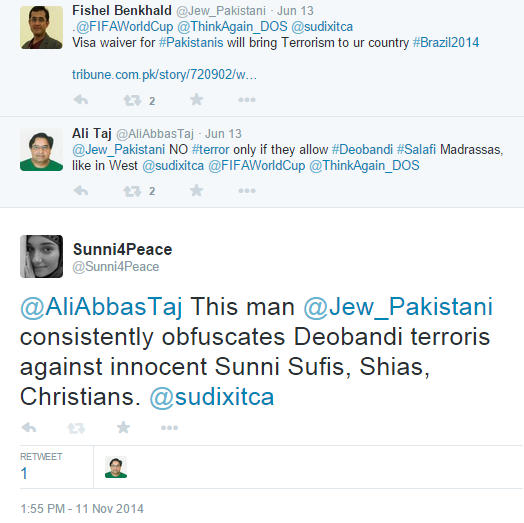 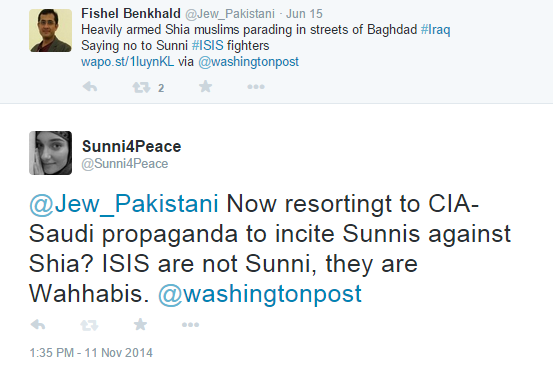 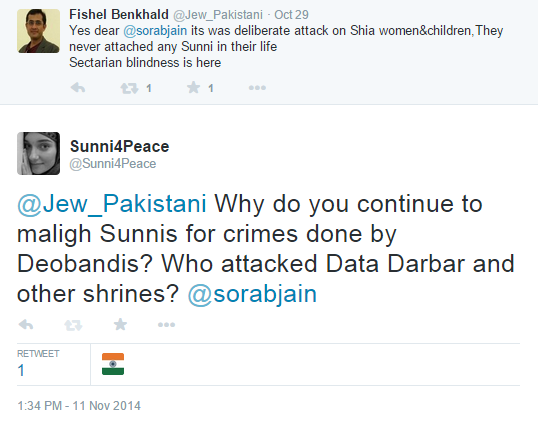 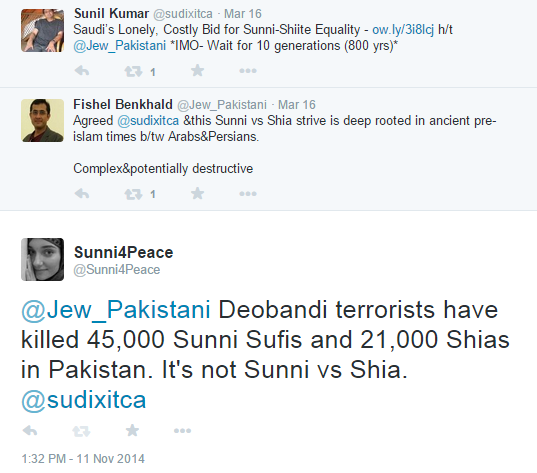 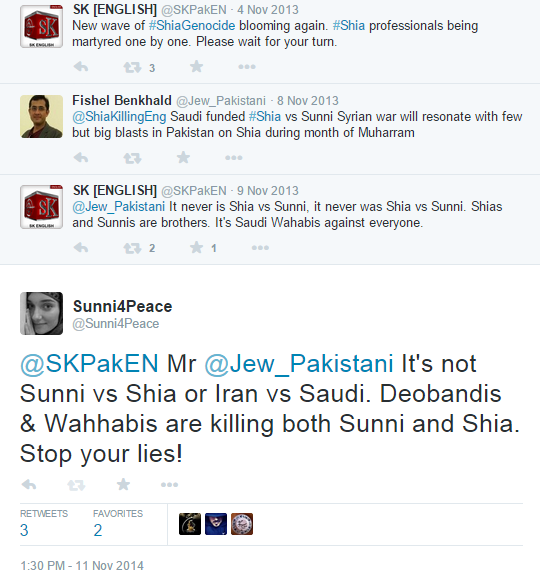 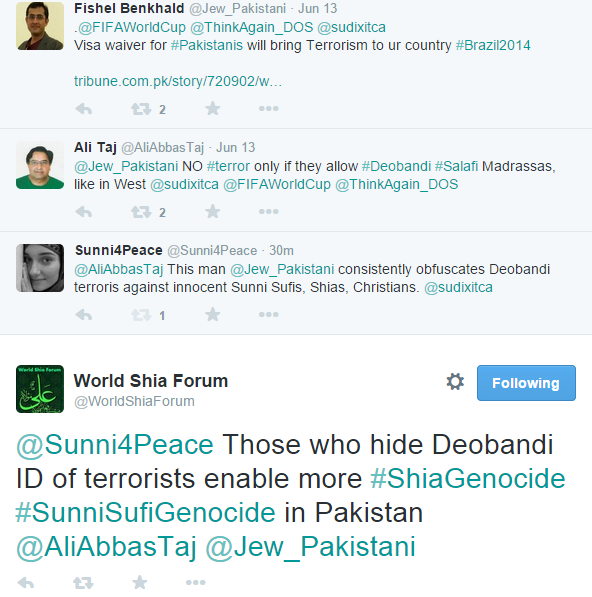 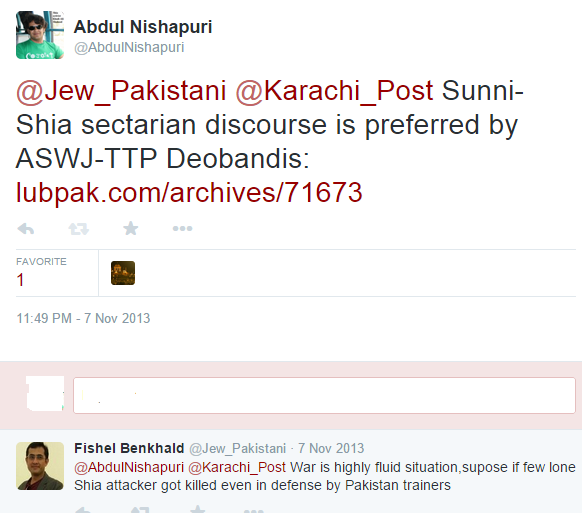