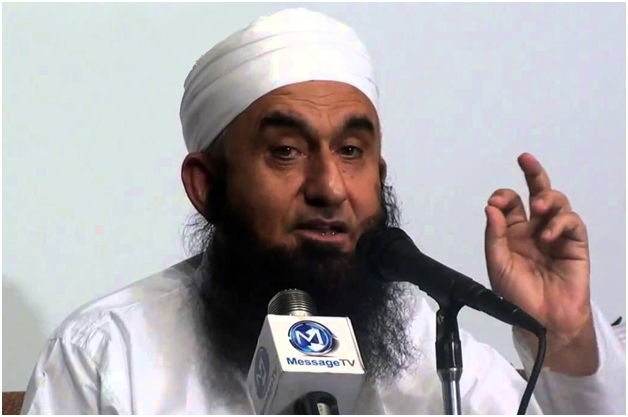 Behind every big fortune, there is a big crime.   Balzac

In the first place, I am curious to know the scholarly credentials of Maulana Tariq Jamil. No doubt he presides over an army of Deobandi fanatics gathered under the umbrella of Tablighee Jamaat. But which scholarly works does the Express Tribune refer to? Khair. What amused me the most is the moral bankruptcy exhibited by Maulana Tariq Jamil. Not that proof of this is needed, but one might assume that a celebrity mullah ought to be more careful. 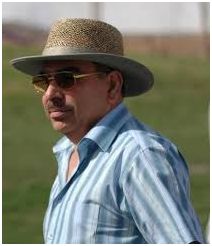 Malik Riaz Hussain, our real estate tycoon is a symbol of corruption and crony capitalism. He symbolizes violence  associated with real estate plunder. In the last three decades, two names have become synonymous with corruption in Pakistan: Asif Zardari and Malik Riaz. But this does not bother our Maulana. Express Tribune correspondent states, “Maulana Tariq Jamil appreciated the welfare initiatives of Bahria Town and said that the entire nation should follow the examples set by Malik Riaz”.

For a while one is speechless. In other words, you can carry out a robbery in broad daylight and our Maulanas will islamify the robbed booty as long as you share it with them. You can maim and kill poor people, render them homeless and occupy their lands. But the bloodshed and booty will be declared Halal by our beards if a sizable donation (‘Chanda’ in vernacular) is duly sent to the mosque.

It is not a strange coincidence that our mullahs and muftis issue literally thousands of fatwas daily. Dr Mehdi Hasan, who taught us journalism at the Punjab University, used to offer this anecdote. He sought a fatwa against a wristwatch. In return for Rs 30, a Sheikhupura-based mullah handed down a written fatwa whereby wearing a wristwatch was declared Haram (forbidden) and unIslamic. The media continue to report absurd fatwas delivered all over the Muslim world. However, I have never come across a fatwa declaring that a mosque or madrassa cannot accept ‘Chanda’ (donation) donated from ‘Haram ka paisa’ (illicit money).

From the loudspeakers of our Mohallah (neighbourhoods) and village mosques, Mullahs appeal to our piety and generosity—selling us homes in paradise in return for such paltry sums as Rs 100— while soliciting donations for their mosques.

I have never heard a mullah say out loud: ‘a feudal lord who lives by the exploitation of his Haris, a tax-evading trader, an exploitative capitalist who disobeys labour laws, any government official or businessman giving or taking bribes should not dare donate illicit, immoral money to my mosque’. All donations, however dubious, are gratefully accepted.

I have never heard a mullah say: I will earn my livelihood sweating blood. I will not live like a parasite surviving on donations from dubious sources.

I have never heard a mullah say no to petro-dollars. [Unfortunately, during the anti-Bhutto agitation in 1977, our pious mullahs could not refuse US dollars, let alone petro-dollars arriving from the holy lands).

I have always wondered if it is kosher to offer Haj (Pilgrimage) with illicit money or if a robber, thief, tax-evader, moneylender, or bribe-taker is supposed to pay Zakat? Do we have any scholarly input from our Maulanan Tariq Jamil on this question?

A digression: Meanwhile it seems that Malik Riaz has a new hobby. Always fond of buying generals and journalists, of late he is lavishly spending money on mullahs.  He rebuilt Jamia Hafsa. He announced intentions to build the world’s third biggest mosque in Karachi. A shrewd businessman, he understands that investments in Pakistan will yield profits if he shares the booty with retired generals, and that investments will remain secure if he keeps mullahs happy.

Why does it never occur to Saudis/Ayatollahs or Malik Riaz Hussains to build universities and libraries?

Universities and libraries on the other hand will produce questioning minds.