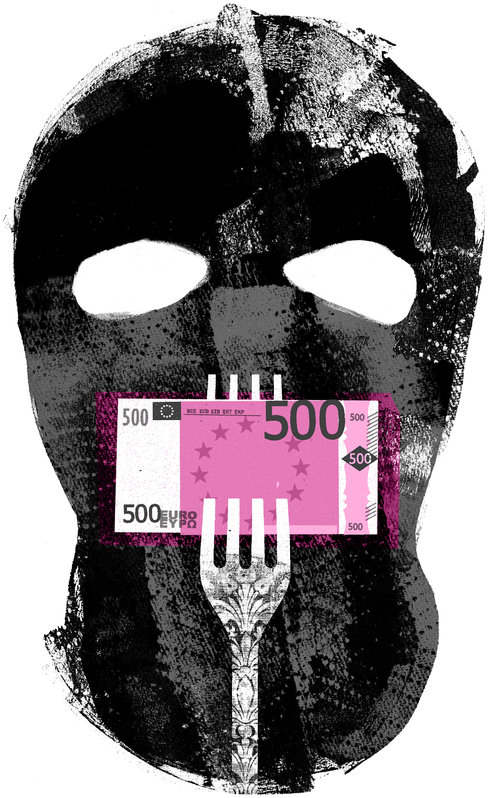 THE hostilities in Gaza between Israel and Hamas persist and the diplomatic war at the United Nations continues, also without resolution. While there is no shortage of opinions on the way forward, the most obvious solution is strikingly absent — the need to disarm and isolate Hamas, the radical Palestinian Islamist group.

Since Israel disengaged from Gaza in 2005, Hamas has dragged us into three rounds of major assaults, and more than 14,800 rockets have been fired into Israel by the group or its proxies. The discovery of dozens of tunnels packed with explosives, tranquilizers and handcuffs that end at the doorsteps of Israeli communities should be enough to convince anyone that Hamas has no interest in bringing quiet to Gaza or residing alongside Israel in peace.

It says a great deal that Hamas’s former Arab backers, which historically have included Egypt, Syria and Saudi Arabia, long ago abandoned the terrorist group. Only a few nations still stand by Hamas. Among the most prominent is the tiny Persian Gulf emirate Qatar.

In recent years, the sheikhs of Doha, Qatar’s capital, have funneled hundreds of millions of dollars to Gaza. Every one of Hamas’s tunnels and rockets might as well have had a sign that read “Made possible through a kind donation from the emir of Qatar.”

Sitting atop 25 billion barrels of crude oil reserves and enormous natural gas reserves, Qatar has the highest gross domestic product per capita of any country in the world. The emirate is known for international shopping sprees that have included the funding of six American university campuses in Doha, the purchase of the iconic Harrods department store in London, and ownership of the Paris Saint-Germain soccer club.

For many years, the gas-rich gulf peninsula tried to avoid attracting attention lest it found itself in the same situation as oil-rich Kuwait, which was invaded by Saddam Hussein’s Iraqi forces in 1990. About 10 years ago, however, Qatar changed tactics. To ensure the country’s survival, the ruling House of Thani has spent extravagantly on increasing Qatar’s presence and prestige on the global stage.

Today, the petite petroleum kingdom is determined to buy its way to regional hegemony, and like other actors in the Middle East, it has used proxies to leverage influence and destabilize rivals. Qatar’s proxies of choice have been radical regimes and extremist groups.

In pursuit of this strategy, the gulf state is willing to dally with any partner, no matter how abhorrent. Qatar has provided financial aid and light weapons to Qaeda-affiliated groups in Syria, and a base for leaders of the Muslim Brotherhood and the Taliban.

The issue isn’t who funds Hamas or who funds Israel, although it is funding that keeps both sides in action. What a waste of money. The.

The emirate has also used the Arabic service of Al Jazeera news network to spread radical messages that have inflamed sectarian divides. In the early days of the Arab Spring, Al Jazeera’s coverage of popular uprisings earned the network millions of new followers and solidified its status as a mainstream global news network. Qatar capitalized on this popularity by advancing its own agenda — namely, using the Arabic network to promote the views of extremists who were undermining the region’s more pragmatic elements. In particular, Qatar’s open support for the Muslim Brotherhood angered its gulf state neighbors. In March, Saudi Arabia, the United Arab Emirates and Bahrain recalled their ambassadors from Doha in protest.

This hasn’t stopped the Persian Gulf monarchy from serving as a Club Med for terrorists. It harbors leading Islamist radicals like the spiritual leader of the global Muslim Brotherhood, Sheikh Yusuf al-Qaradawi, who issued a religious fatwa endorsing suicide attacks, and the Doha-based history professor Abdul Rahman Omeir al-Naimi, whom the United States Department of Treasury has named as a “terrorist financier” for Al Qaeda. Qatar also funds a life of luxury for Khaled Meshal, the fugitive leader of Hamas.

Mr. Meshal’s uncompromising stance — he has vowed never to recognize Israel — has long been an obstacle to reaching a peace deal. But behind Hamas, Qatar is pulling the strings. According to a report last week in the pan-Arab daily newspaper Al Hayat, Qatar even threatened to expel Mr. Meshal if Hamas accepted Egyptian proposals for a long-term cease-fire in Gaza. All because Doha wants a starring role in any cease-fire agreement between Hamas and Israel.

It is time for the world to wake up and smell the gas fumes. Qatar has spared no cost to dress up its country as a liberal, progressive society, yet at its core, the micro monarchy is aggressively financing radical Islamist movements. In light of the emirate’s unabashed support for Wahhbi (Salafi Deobandi) terrorism, one has to question FIFA’s decision to reward Qatar with the 2022 World Cup.

Qatar’s continued sponsorship of Hamas all but guarantees that, whatever happens in this round of hostilities, the terrorist group will rearm and renew hostilities with Israel. The only way forward is to isolate Hamas’s last major backer. Given Qatar’s considerable affluence and influence, this is an uncomfortable prospect for many Western nations, yet they must recognize that Qatar is not a part of the solution but a significant part of the problem. To bring about a sustained calm, the message to Qatar should be clear: Stop financing Hamas.