A poor Hindu community is facing eviction from an area in Pakistan’s garrison city of Rawalpindi where its members have lived for more than 80 years.

The Frontier Works Organisation (FWO), an engineering branch of the army, plans to build a barracks and educational complex by demolishing the main Hindu temple that serves the minority community and 53 slum dwellings.

With the help of a minority member of parliament, Isphanyar Bhandara, the community has been able to win a temporary stay on the eviction – the army has offered resettlement.

However, the community is reluctant to leave the well-guarded Gracy Lines area, given the threats to minorities in Pakistan, and because of an association that goes back generations.

The BBC tried to get in touch with the Pakistan army’s media wing for comment but calls were not returned.

Allah Ditta, 85, is a retired government worker who says his father and forefather were buried in Gracy Lines. With him is his mother, Sharfo Bibi, who is estimated to be about 100. Allah Ditta says his mother became senile after his father’s death in the 1971 war between India and Pakistan.

In her broken speech, she told me: “I have washed dishes for the army, cleaned up after them, worked for them, why do they want to kick us out?” 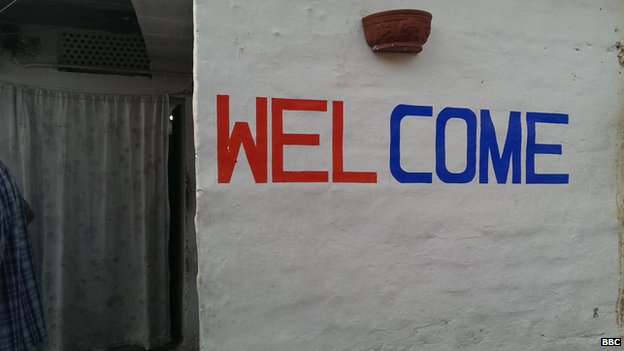 There are 52 Hindu families living in small homes at Gracy Lines. They live among Muslims who converted after partition, and Christians. The area is surrounded by shiny new buildings built by the army’s Frontier Works Organisation.

Leaders of the community say that they could have left for India in 1947 but chose to remain here and served Pakistan by fighting in the wars with India in 1971 and 1965. They showed me a copy of the lease in perpetuity for the temple which was given to the Hindu community and which can be extended after 100 years. 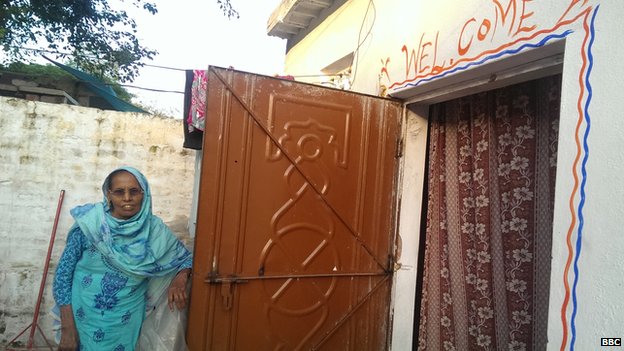 Shakuntala, 60, came to the settlement 40 years ago from Abbottabad when she got married. She says: “My in-laws have been living in Gracy Lines while the British were here. I used to travel to the Hindu temple by scooter. We don’t earn enough money to pay rents – where will we go?” The community says the average income is 8,000-10,000 Pakistani rupees ($78-$98) a month. 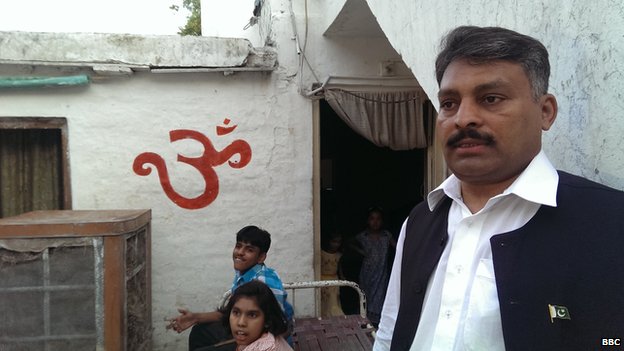 Ashok Chand is the father of three children with learning difficulties. He says: “We are being mentally tortured by certain officers. To put pressure on us, sometimes they cut off our water, or threaten to cut off electricity. We don’t want to get in the way of the army, because the army has protected us for so many years.” 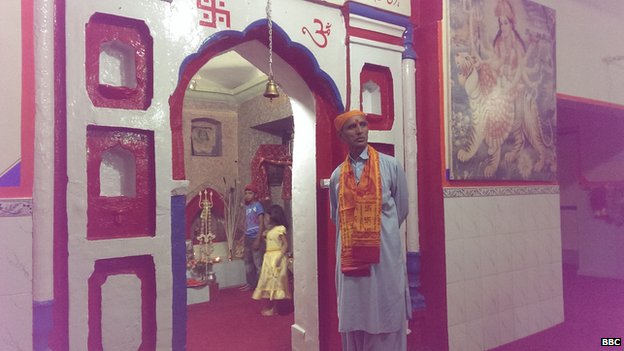 Pandit Mir Chand Khokhar of the Maharishi Valmik Swamiji temple is standing next to the portion of the building that remained intact after it was set on fire in 1992 in retaliation for the demolition of the Babri Masjid mosque in India.

The government of Pakistan helped rebuild the temple – its foundation was laid in 1935 and it serves as the main temple of Hindus living in Rawalpindi. 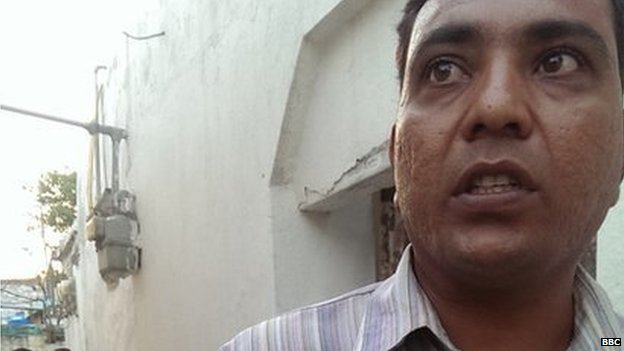 Khurrum Shehzad is a Christian whose family converted from Hinduism. “The founder of Pakistan Mohammad Ali Jinnah promised safety and security to minority communities in Pakistan, and a portion of the Pakistani flag is white representing us, the minorities. We want to continue to live here, near the temple, which serves as a focal point for the community.” 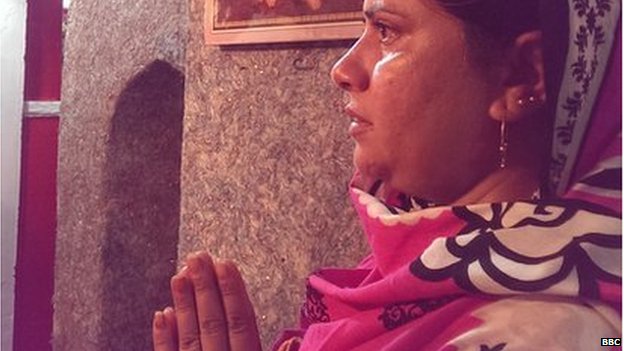 Farzana Ashraf, 40, is a Muslim who says that if the settlement is demolished, their community’s way of life will end.

“We all attend each other’s religious festivals – Eid, Diwali and Christmas. The Hindus come with us to our shrines and we come to their temple. Even if we are given a place elsewhere, this model of harmony will be broken.”

Click here to post a comment
YouTube video posted by Wahabi/Deobandi Isis militants shows ‘execution of 250 Syrian soldiers’
Obama: We don’t have a strategy about ISIS / Cameron: A terror attack on the UK is now ‘highly likely’ by returning Jahadis