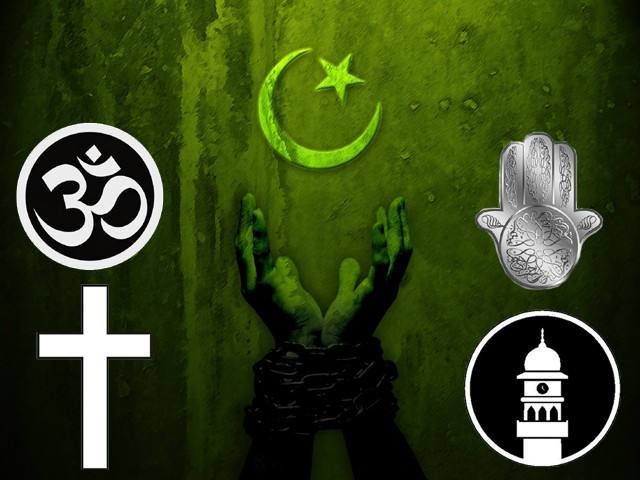 Considering how our minorities are counting their dead every day, why are we celebrating anything?

I decided not to celebrate August 14th this year to show my personal grief, shame and solidarity with the nine innocent Christian citizens of Gojra, who were killed and their homes lit on fire. On this day, I will hang the Pakistani flag at half mast, will switch off my television, have none of those ‘milli naghmay’ and sing no national anthem.

I am sad, ashamed and deeply distressed.

I will call up all my Christian friends to apologise and express my grief, pain and sorrow.

42 Shias were killed in five different terrorist attacks in different parts of Balochistan.

91 Shias were killed in Chilas, Mustang, Quetta and Parachinar in different months of 2012.

As many as 182 Hazara shias were killed and 121 injured in three different suicide blasts in Quetta.

At least 48 people, mostly women and children, were killed and over 135 injured in a massive bombing in Karachi’s Shia-dominated neighbourhood of Abbas Town.

A twin suicide bombing killed at least 78 people at a church service in Peshawar in what is believed to be the country’s deadliest attack on Christians.

Four members of the Ahmadi community were killed and four others were severely injured in Gujranwala on July 27, when an angry mob attacked and burnt five houses belonging to the deceased over alleged blasphemy. Those who died in the attack include a 55-year-old woman Bashiran, five-year-old girl Kainat, eight-month-old girl Hira and an unborn child who died due to suffocation.

In a country where the minority citizens are forever counting their dead, one would have to be dreadfully insensitive and callous to be celebrating August 14th.

Holy War Arrives in Germany – by Soeren Kern
‘Thank God for the Saudis’: ISIS, Iraq, and the Lessons of Blowback – by Steve Clemons