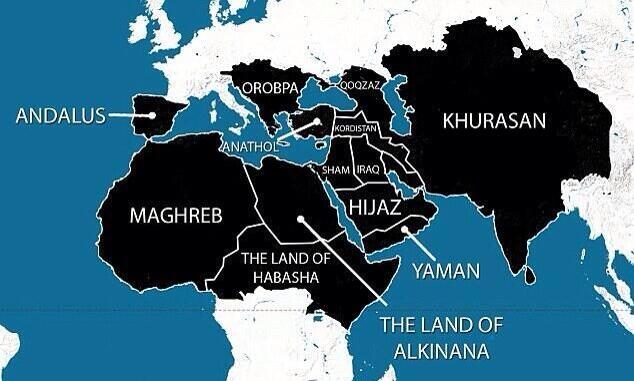 Although it has attracted some three thousand foreigners to fight for it, ISIS’s real war is with fellow Muslims, and in particular Shias and Sunni Sufis, in addition to Christians, against whom it has called for a genocidal campaign. Just as the Taliban changed the contours of Islam in south and central Asia so ISIS intends to do the same in the Middle East. ISIS is also seeking territorial control of the central Middle East region.

However, where the lack of leadership is most visible is in the Muslim world itself—from politicians, generals, and senior religious leaders in each country. Instead of a vast public movement to condemn ISIS and other simialr Salafi Wahhabi and Deobandi groups, there is silence, helplessness, and hopelessness. Across the region, leaders like Nouri al-Maliki in Iraq, King Abdullah in Saudi Arabia, and many African governments, are autocratic, corrupt, cowardly, and incompetent; and nowhere is civil society strong enough to demand greater action against extremism. Rather than present Islam as a tolerant religion capable of building a modern social contract, each state blames outsiders for conspiring against it. The most commonly accused culprits are obviously the Americans, followed closely by Israel, Europe, and neighbors.

Still more dangerously, some Muslim states, including both Saudi Arabia, Bahrain, Iraq and Pakistan, also blame minorities for state failure, and so do not defend them when they are attacked by extremists such as the Taliban or ISIS. The Salafi Wahhabi and Deobandi extremist movements that are murdering civilians today in Africa and Asia are all fighting for a deeply intolerant interpretation of Islam, seeking to impose a ruthless system of justice and punishment that targets women and adherents of other branches of Islam—especially Shias.

The ISIS campaign against Shias has surpassed anything carried out by the Taliban or al-Qaeda. In its so-called bid to cleanse all schisms from Islam, ISIS represents the worst kind of schism. If ISIS succeeds in attacking Shia and Sunni Sufi holy sites in the Iraqi cities of Karbela and Najaf as it has promised to do, then the Islamic world will be plunged into a sectarian war of unimaginable dimensions. If such actions are taken we can expect conflict between Sunni and Shia that could last for years to come. Already, there is an ominous rapid growth of Shia militias in Iraq in response to the ISIS advances.

The primary political task of the United States and its allies is to get Iran and Saudi Arabia to end their hostility and come together to deal with the present crisis in the wider Muslim world. Saudi Wahhabis in particular are more responsible than other for creating the current wave of extremism, including in Iraq. Since the 1970s the Saudis have used their extraordinary wealth to arm and fund extremist Sunni movements everywhere, of many different stripes and shades. Any group opposed to Shias and purporting a Sunni sectarian view or ideology considered close to the Saudi sect of Wahhabism has been deemed sufficiently sympathetic to receive Saudi funding—whether it was in Pakistan, Afghanistan, Africa or across the Middle East. (While there is not clear evidence of direct Saudi support for ISIS, Saudi funding of Islamic groups fighting in Syria has helped strengthen the jihadist cause.)

The Organization of the Islamic Conference and the Arab League should both be taking major steps to end state-sponsored sectarianism and bring Iran and the Arab world closer together. Together, Muslim states have to have a policy no tolerance for terrorism, rather than offering a nod and wink to favorite extremist groups. The alternative is the possible break-up of many states, a global oil crisis, and extremists getting their hands on chemical, biological, or nuclear weapons technology.