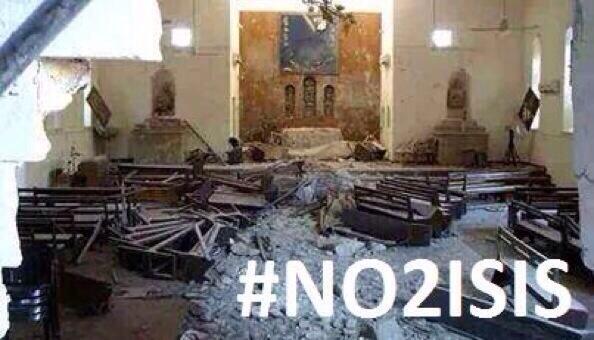 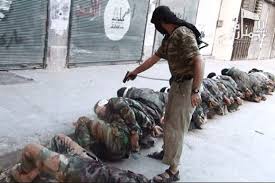 Lately some Saudi lobbysits in the West have been claiming that Sunnis of Iraq will easily get rid of the Al Qaeda or ISIS once al-Maliki is toppled and the Sunni Iraq is freed of Shia tryanny. Such discourse, based on false Sunni-Shia binary, is not only simplistic but also extremely dangerous. It doesn’t explain the brutalities against Christians and Sunni Sufis, in addition to Shias, by the battled hardended Salafi Wahhabi and Deobandi militants who originate from countries as diverse as Libya, UK, Sudan, Pakistan, Jordan, Saudi Arabia and Lebanon. Indeed, in Syria, in Raqqa and Deir-az-Zour regions, Salafi Wahhabi militants continue to oppress the Sunni population they have been ruling for last two years.

The Saudi lobby’s prediction that pro-West Sunni tribal leaders want—and can—muscle ISIS aside after they take down Maliki is far too rosy. “That’s what they are telling everyone,” Ken Pollack, a former CIA and White House National Security Council expert on Iraq, told Newsweek. “I have heard it from multiple sources. I think it accurately reflects their suspicion/antipathy to ISIS and the other militant groups,” Pollack added by email. “But there is a huge question regarding whether they can (1) take Baghdad, (2) get rid of Maliki, and (3) beat ISIS, even if they can do 1 and 2.

“ISIS and the other Sunni militant groups are actually a lot more dangerous than [Al-Qaeda in Iraq] was in 2007, and back then, the tribes needed a huge amount of U.S. combat power—like 50,000 ground combat troops—to get rid of Al-Qaeda in Iraq. We will not be providing the same level of combat power, no matter what happens” this time, Pollack added.

Pollack doesn’t doubt the Sunni tribes would like to turn on the ISIS, whose extreme brand of Islam doesn’t go down well with the country’s secular, liquor-loving Sunnis. “But I think it would be foolish,” Pollack said, “to assume that they can defeat the radicals as easily as they claim.”

Malcolm Nance, a former Navy and CIA counterterrorism operative, says Iraq’s Sunnis “have just committed suicide.” He tells Newsweek he had been planning to write a piece called “The Sunni Tribes Drink Antifreeze.”

“The Awakening could never happen again the way it did in 2007–2009,” says Nance, referring to the wartime U.S. operation that turned Sunnis insurgents away from fighting the Americans and onto attacking Al-Qaeda in Iraq. “At that time, the Sunnis were the heart of the insurgency. They had 25,000 active combatants and as many as 88,000 part-time and support insurgents. When they came over to the Awakening councils, they brought with them a lot of manpower and weapons and could push Al-Qaeda in Iraq out. Now that [Al-Qaeda] has [evolved into] the more combat-experienced ISIS and has many more foreign jihadis than it did in its peak of 2006, it is the insurgency. Everyone else is just a witness.

“ISIS…” adds Nance, “will…exact a painful level of control over the Sunni population that will make them regret the very moment they fooled themselves into believing Maliki was worse than Saddam. I was there last year for a month and all I kept hearing was that Maliki was a tyrant. They overestimate every political difficulty, but this time the Sunnis have signed their own death warrants.”

Source:  Adaptd from The Newsweek